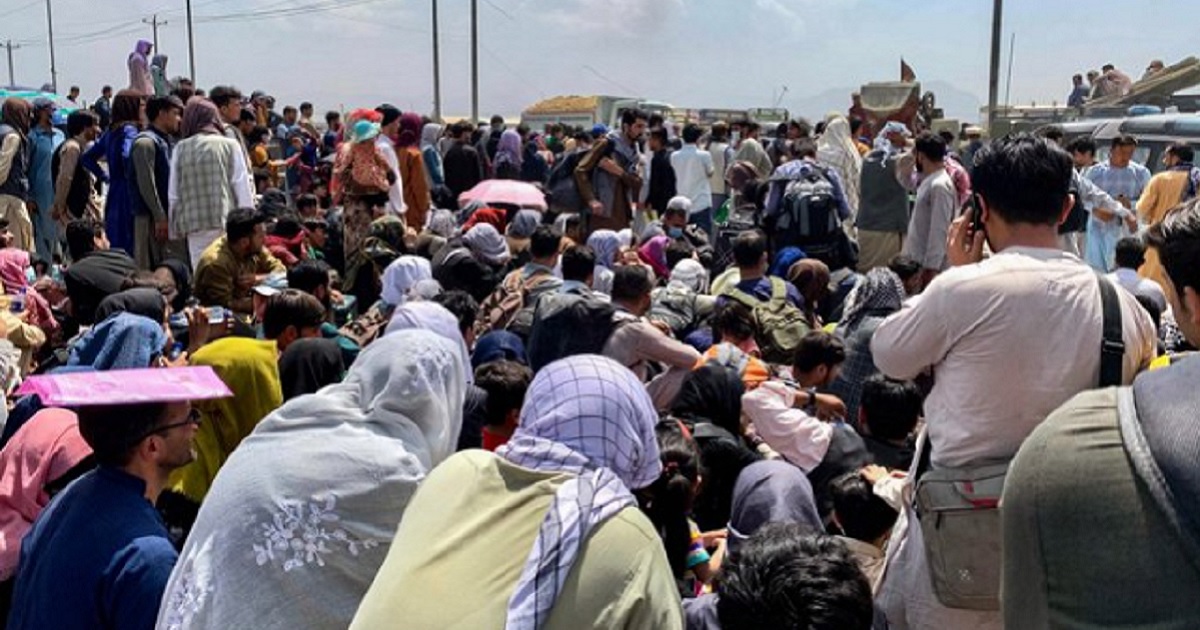 The following article, Gov't Sends Sickening Email to Defense Contractors with 'Friends and Former Colleagues' in Afghanistan, was first published on Flag And Cross.

The government agency responsible for defense contractors is telling its personnel to wash their hands, as much as possible, of any official involvement with “friends and former colleagues” who are stuck in Afghanistan.

In an internal Defense Contract Management Agency email reported by the Daily Caller on Saturday evening, the agency made it clear it couldn’t do anything for these unlucky souls and that the contractors should say so.

“If any Afghanistan national contacts a DCMA employee for assistance with asylum, the employee should in no way suggest or represent that the individual or DCMA is in a position to help,” the email stated, according to the Daily Caller.

“The employee should only inform the Afghanistan national that the State Department is the appropriate organization to contact.”

The timing is as atrocious as the message.

“The email comes as veterans are scrambling online to help Afghans fleeing the Taliban,” the Daily Caller reported. “The official process for Afghan allies is proving difficult to navigate, with several indicators showing these channels are sorely lacking in expediency and competence.”

The email comes as the Taliban are reportedly targeting those who helped the United States, the Afghan government and NATO allies, according to a U.N. document reported by Axios.

The document said the insurgents are conducting “targeted door-to-door visits” of those who worked with the allies and, if they don’t find the “target individuals,” are threatening their family members with arrest or worse.

“The Taliban have been conducting advance mapping of individuals prior to the take-over of all major cities,” stated the document, dated Wednesday, according to Axios.

“There are priority lists of individuals and unit affiliations to be arrested including intelligence service, SOF [special operations forces] units, police and armed forces.”

One letter reportedly sent to an individual who worked with both the United States and the United Kingdom ordered the individual to surrender at the headquarters of the “Military and Intelligence Commission of Islamic Emirate of Afghanistan.”

“If you do not report to the Commission, your family members will be arrested instead, and you are responsible for this,” the letter stated.

Nevertheless, the Defense Contract Management Agency made it clear that none of its employees should use government resources to assist anyone they may have worked with or been acquainted with, according to the Daily Caller report.

In the email, the DCMA told contractors the State Department had an email address for those wishing to apply for asylum “to facilitate the increased numbers of requests” the department is seeing, the Daily Caller reported.

However, it made clear “there are strict federal guidelines for asylum requests” that don’t include the DCMA.

Other options the DCMA gave contractors with “friends and former colleagues” stuck in Taliban-controlled Afghanistan included directing them to the State Department’s website for Special Immigrant Visas, issued to individuals who worked with the U.S. government or its allies in Afghanistan and Iraq.

“There are also humanitarian relief efforts conducted through religious or other non-profit organizations,” the email stated, according to the Daily Caller.

However, if they suggest this, DCMA employees must make it clear they’re not doing it in their role with the government — or even on government time.

“Referring Afghanistan nationals to this support, or otherwise assisting in these efforts isn’t prohibited,” the email noted, according to the Daily Caller.

“However, it must be done with the understanding that it’s a personal activity, and not being done as a federal employee, and not during official duty time.”

It’s not that anyone expects the DCMA to do the heavy lifting when it comes to getting those who gave aid to the United States out of Afghanistan. Instead, it’s the tone of an email that makes you wonder how many elected officials, bureaucrats and agencies can make it abundantly clear they’re allergic to the very concept of taking responsibility for what’s happening in Afghanistan.

And yet, President Joe Biden promises he’s going to get all Americans and our allies out.

“We will get you home,” Biden pledged at the White House on Friday, according to The Associated Press. He added the administration was “making the same commitment” to Afghans who helped the United States during wartime, calling them “equally important.”

The AP noted American military helicopters flew out of Hamid Karzai International Airport in Kabul and rescued 169 Americans who couldn’t make it there due to Taliban checkpoints. That sounds fantastic until you consider that, as NPR noted Saturday, there are still several thousand Americans estimated to be in Afghanistan, including those who hold dual nationalities.

Considering the number of Afghan nationals who helped us during wartime and are now being targeted by roving Taliban death squads, it’s somewhat discomfiting that we’re helicoptering out 169 Americans at a time. Biden’s pledge is one thing, but a plan to make it happen is another — and, like the plan to keep Afghanistan from collapsing, the evacuation blueprint appears nonexistent to the casual observer.

The men and women of the Defense Contract Management Agency likely wouldn’t be able to make a sizable dent in the massive human crisis in Afghanistan, no. It’s amazing, however, how far the agency is going out of its way to ensure they don’t even get involved, not one bit.

This is what responsibility looks like in Joe Biden’s administration. United States allies — and its enemies — are taking notice.