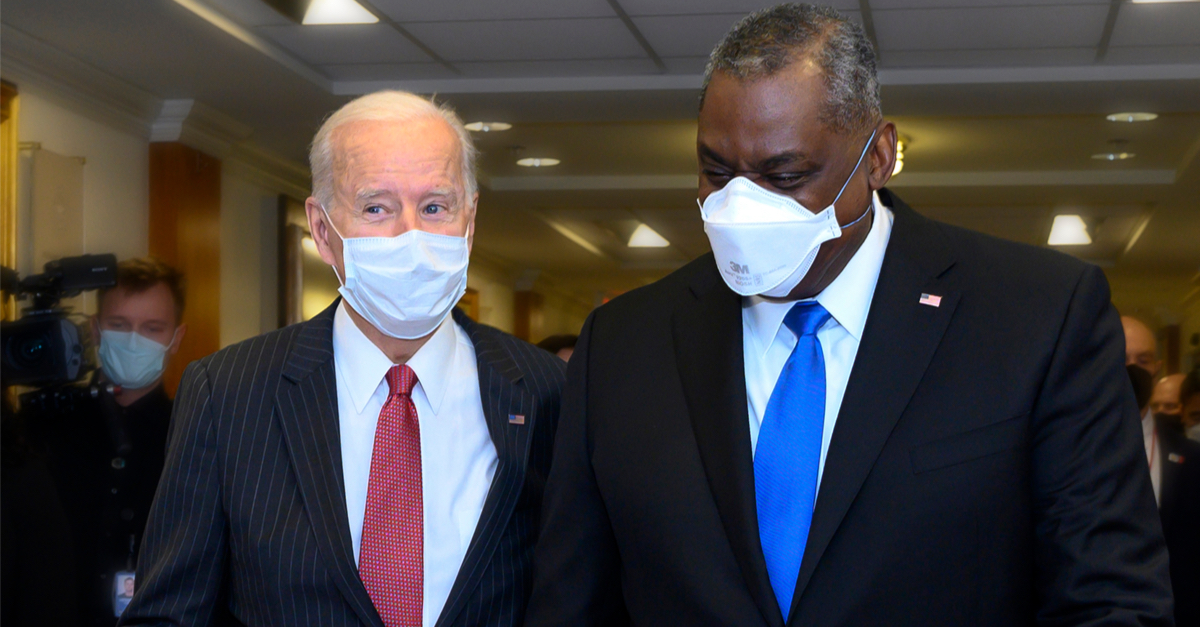 The following article, Def. Secretary Blows Biden’s Cover on Americans Trapped in Afghanistan, was first published on Flag And Cross.

There are plenty of colorful ways to describe the ever-worsening situation in Afghanistan at the moment, with a few of them often abbreviated to cloak their profane nature.

FUBAR.  SNAFU.  Clusterf…well, you get it.

US President Joe Biden’s early withdrawal from the region has even left a number of Americans stranded, hoping and praying that help will arrive to guarantee them safe passage back to the land of the free.

The Commander in Chief has suggested that this is no problem; that the Taliban is going to simply allow this to happen.

Folks at the Pentagon aren’t so sure, however.

Defense Secretary Lloyd Austin told lawmakers Friday that Americans trying to leave Afghanistan have been beaten by Taliban fighters, according to several people who participated in a briefing call with Austin and other top officials.

Austin’s remarks to House members appeared to directly contradict President Joe Biden’s assessment from minutes earlier, in which Biden said the U.S. was not aware of Americans having trouble getting through Taliban checkpoints and to the airport in Kabul — the only evacuation point in the country that is not controlled by the Taliban.

Austin wasn’t satisfied with the situation.

During the briefing call, Austin called the reports of Taliban beatings “unacceptable,” but did not elaborate on efforts to ensure Americans’ safe passage to Hamid Karzai International Airport in Afghanistan’s capital city. He specifically declined to “rule in or out” the possibility of U.S. troops moving beyond the airport to help Americans and others get to safety.

“We’re also aware that some people, including Americans, have been harassed and even beaten by the Taliban,” Austin said on the call, according to multiple sources. “This is unacceptable and [we] made it clear to the designated Taliban leader.”

This latest contradictory messaging from Washington is sure to have Afghanistan’s abandoned Americans pondering one more profane epithet:  WTF?