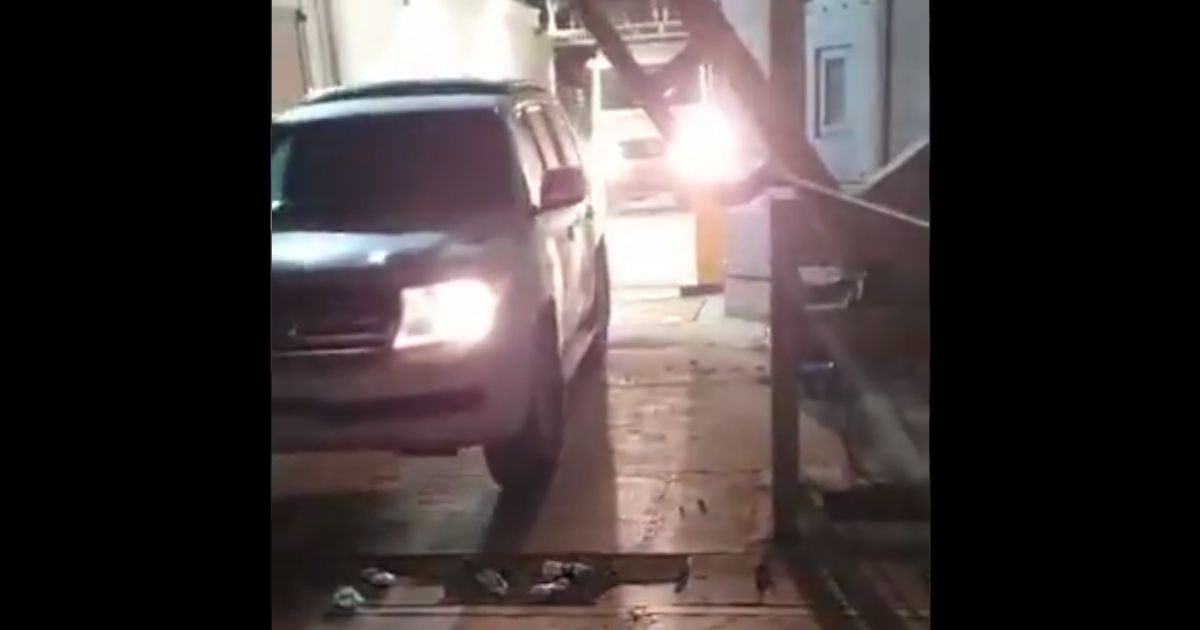 The following article, Watch: France's Dignified Evacuation of Kabul Proves What a Disgrace Biden's Exit Strategy Is, was first published on Flag And Cross.

There is so much that is infuriating about President Joe Biden’s handling of the withdrawal from Afghanistan.

However, none perhaps is more galling than his unwillingness to allow U.S. forces to rescue American citizens and our Afghan allies and get them to the Kabul airport.

Our French and British allies reportedly have been sending their military and other security personnel into the city to do just that.

David Martinon, French ambassador to Afghanistan, posted a video on Wednesday showing a caravan of vehicles traveling through Kabul.

“Two nights ago, French police escorted out of the embassy in the green zone of Kabul the French, Afghan and international families to whom [France] had offered shelter. The diplomatic and consular team of the embassy has taken care of them at the airport and they have been evacuated,” he wrote.

Two nights ago, French police escorted out of the embassy in the green zone of Kabul the French, Afghan and international families to whom

had offered shelter. The diplomatic and consular team of the embassy has taken care of them at the airport and they have been evacuated. pic.twitter.com/FxqgU7oQ3z

France 24 reported that the French military has been conducting operations in the Afghan capital since Monday.

The SAS soldiers joined a contingent of 600 paratroopers already in the country.

British soldiers rounded up some 200 British nationals from around the city soon after arriving, according to The Telegraph.

At a news briefing on Wednesday, Secretary of Defense Lloyd Austin said the U.S. does not have the forces on the ground necessary to expand beyond the airport.

“We have to make sure that we can not only secure the airfield, but as the chairman said, defend it as well, because there are a number of threats still in the environment,” he said. “We don’t have the capabilities to go out and collect up large numbers of people.”

SEC AUSTIN: “We don’t have the capability to go out and collect large numbers of people.” pic.twitter.com/k4cZESUav2

Chairman of the Joint Chiefs of Staff Gen. Mark Milley suggested the U.S. military could engage in certain limited rescue operations if directed to do so.

“We have the capability to do other things, if necessary,” he said, adding there are a “variety of special operations forces” on site.

So it sounds like the Pentagon’s top brass are waiting for Biden to green-light any operations beyond the airport.

As of Friday, the president said there are nearly 6,000 U.S. soldiers in Kabul. That sounds like a lot of capability to me.

Biden has a history of being risk-averse when it comes to military operations, as exemplified by his opposition to conducting the Osama bin Laden raid in 2011.

The Washington Examiner’s Tom Rogan reported that the commanding general of the 82nd Airborne Division told the commander of British forces in Kabul to cease operations outside of the airport perimeter.

On Friday, Biden was pressed on the issue of the U.S. not sending forces beyond the airport perimeter.

The president responded that he was open to authorizing such operations.

“We have no indication that they haven’t been able to get — in Kabul — through the airport,” he said. “We’ve made an agreement with the — with the Taliban. Thus far, they’ve allowed them to go through. It’s in their interest for them to go through. So we know of no circumstance where American citizens are — carrying an American passport — are trying to get through to the airport.”

“But we will do whatever needs to be done to see to it they get to the airport,” Biden added.

He further argued if the U.S were to “set up a perimeter way outside the airport in Kabul is that it’s likely to draw an awful lot of unintended consequences in terms of people who, in fact, are not part of the Taliban.”

Matthew Downer, a senior adviser for Republican Sen. Tom Cotton of Arkansas, tweeted on Thursday that American citizens and Afghan allies are being beaten and blocked from getting to the airport by the Taliban.

“I have personally been on the phone with multiple American citizens and Afghan allies *while* they were being beaten and threatened by Taliban fighters blocking route to airport. Our government needs to face this reality and do whatever is necessary to bring our people home,” Downer wrote.

I have personally been on the phone with multiple American citizens and Afghan allies *while* they were being beaten and threatened by Taliban fighters blocking route to airport.

Our government needs to face this reality and do whatever is necessary to bring our people home. https://t.co/3eQp1OFcpD

Cotton, a veteran of the War in Afghanistan, has called on Biden to authorize our military to conduct rescue operations.

“President Biden’s ill-planned, chaotic withdrawal from Afghanistan has stranded thousands of American citizens behind enemy lines, turning them in effect into hostages of the Taliban. Instead of ordering rescue missions to save our people, as our allies have done, the Biden administration is relying on the Taliban’s good graces to ensure the safety of our citizens,” he said in a Thursday statement.

“This catastrophe of the president’s making must come to an end. It’s time for President Biden to authorize the military to stop this rolling humiliation, expand the perimeter at Kabul airport, and rescue Americans trapped behind enemy lines,” he added.

“Anything less amounts to an abandonment of our fellow Americans and a shameful abdication of duty in a moment of crisis.”

If the French and British can save their citizens, so can the U.S.A.