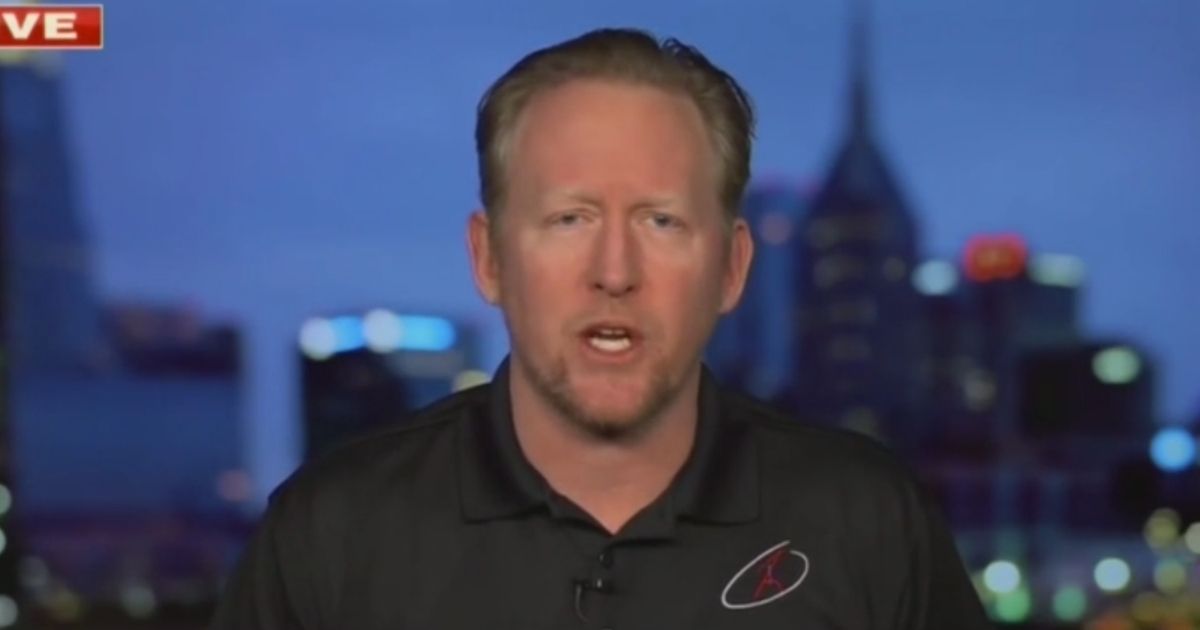 The following article, SEAL Who Shot bin Laden Tells Biden What He Needs to Save Americans: 'Give Me Nine Guys', was first published on Flag And Cross.

Rob O’Neill, the former Navy SEAL who killed Osama bin Laden in 2011, shared his frustration Friday on Fox News regarding the military response to the crisis in Afghanistan.

O’Neill in fact said that if given the green light, he would only need himself and a small force to rescue Americans trapped in the country by Taliban terrorists.

During an appearance on “Primetime,” host Will Cain asked the former SEAL for his response to the failure of American political and military leadership to evacuate Americans who are right now at the mercy of Taliban terrorists.

Sharing his disgust with the White House and Pentagon, the former soldier said the situation on the ground is much more simple than is being portrayed.

“It is not difficult. But we have these people who are in charge that are a disgrace. I am amazed that there hasn’t been at least 30 generals and admirals that haven’t resigned or been fired today,” he told Cain. “But we won’t because we have a commander-in-chief that was put there through whatever happened at four in the morning on election night.”

“This is nonsense. It’s insulting,” he said.

O’Neill added he is a big believer in keeping things “simple.”

“I’m a big believer in the acronym KISS: Keep it simple, stupid. And I was talking to another SEAL Team Six operator with whom I served for 20 years,” he stated. “I’m just going to call him Tiny. And Tiny told me the response: ‘Here’s how you get the Americans out. Tiny smash with hammer. And that’s it.’”

O’Neill said that every veteran he has talked with about the crisis in Afghanistan has summarized their feelings as “gross.”

“That’s how you should feel. You should feel gross,” he said. “We don’t ask the Taliban permission. You know what we do? We kick their a**, that’s it.”

O’Neill took flak from those with opposing political views on Twitter for talking about killing terrorists on primetime TV:

“I don’t want to be in charge, but if I was … give me 9 guys, I’m gonna walk through the streets [in Afghanistan] and I’m gonna kill everyone I see, and I’m gonna grab the Americans. It is not difficult” — Rob O’Neill

This is the sort of commentary Fox News platforms. Yikes. pic.twitter.com/LwFrgxQ1XM

Idiots like Rob O’Neill can only say this while in studio. @FoxNews https://t.co/4WLTIVsX24

The former warrior has shared his own thoughts on the platform in recent days regarding the crisis in Afghanistan:

Brits are running patrols through Kabul. Crushing the Taliban. Nothing from the U.S.

They are saying that Americans are trapped in between Kabul and the airstrip. The way to get them out is not difficult. No one will make the decision.

Read: ‘Totally Unprepared’ Bin Laden Warned in 2010 Letter That Biden Would ‘Lead US Into Crisis’ https://t.co/eofw1p8pex

O’Neill tweeted Thursday: “Liberals are running the world. And it’s on fire.”

Continue reading: SEAL Who Shot bin Laden Tells Biden What He Needs to Save Americans: 'Give Me Nine Guys' ...