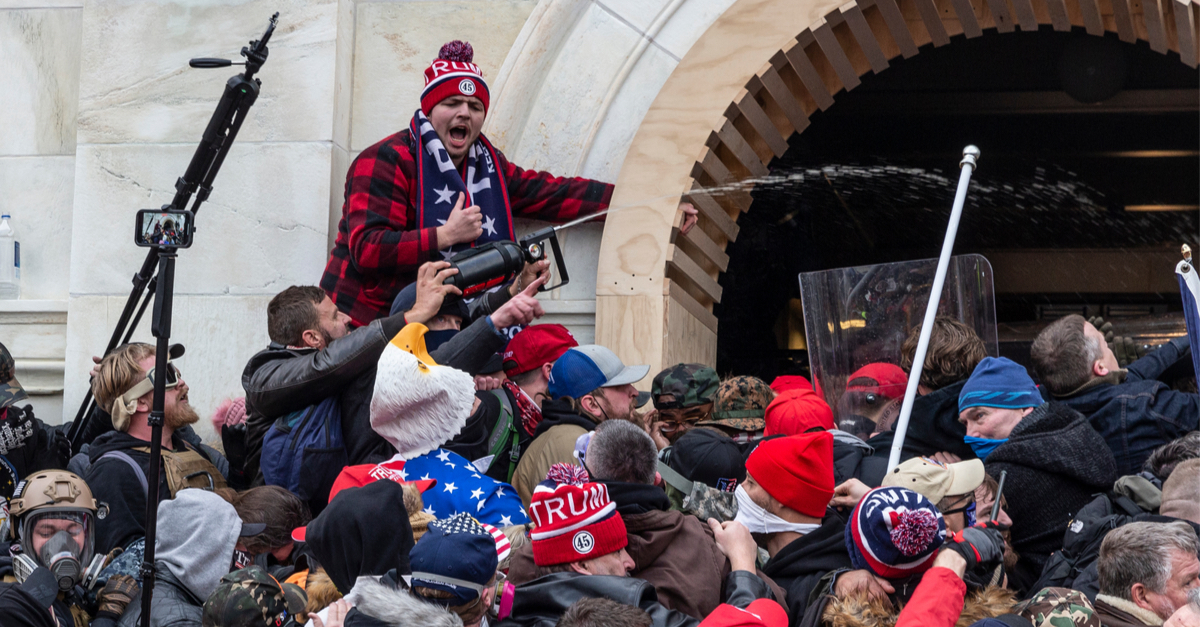 The following article, It Was All a Lie: FBI Now Says No Proof Jan. 6th Capitol Riot Was Pre-Planned Attack, was first published on Flag And Cross.

The FBI now say that there is no evidence that the so-called Jan 6 “insurrection” was a pre-planned attack, and that it appears it was mostly spontaneous.

This flies in the face of nearly a year of proclamations from lying liberals that the Capitol incursion was a “planned attack” on American democracy and that the participants intended to “overthrow” the U.S. government.

Yes, that means liberals, and their pals in the media have been lying the whole time.

According to Reuters, even though the FBI has arrested 570 Americans and alleged they were part of a plot to overthrow the government in Washington D.C., the agency has found no evidence at all that any group or groups coordinated the attack ahead of time.

“Ninety to ninety-five percent of these are one-off cases,” said a former senior law enforcement official with knowledge of the investigation. “Then you have five percent, maybe, of these militia groups that were more closely organized. But there was no grand scheme with Roger Stone and Alex Jones and all of these people to storm the Capitol and take hostages.”

Stone, a veteran Republican operative and self-described “dirty trickster”, and Jones, founder of a conspiracy-driven radio show and webcast, are both allies of Trump and had been involved in pro-Trump events in Washington on Jan. 5, the day before the riot.

FBI investigators did find that cells of protesters, including followers of the far-right Oath Keepers and Proud Boys groups, had aimed to break into the Capitol. But they found no evidence that the groups had serious plans about what to do if they made it inside, the sources said.

In other words, there was no planned assault by Trump voters, or anyone else to mount an “insurrection.”

Indeed, most of these people are merely being charged with trespassing, not any grand charge such as treason or terrorism.

Continue reading: It Was All a Lie: FBI Now Says No Proof Jan. 6th Capitol Riot Was Pre-Planned Attack ...

According to at least a dozen FBI affidavits justifying charges against more than 200 people, attackers plotted their assault on the Capitol via social media. The affidavits indicate that rioters trained, conducted site surveillance, identified scene commanders, and made requests for cash, communications equipment, and protective gear. “More than a half dozen of the suspects are now charged with conspiracy to commit violence for actions predating the Jan. 6 riots,” Just the News’ John Solomon reported. “The early actions identified in court documents date back to November, with planning and rhetoric accelerating after Christmas, court records show.” The new information… Read more »