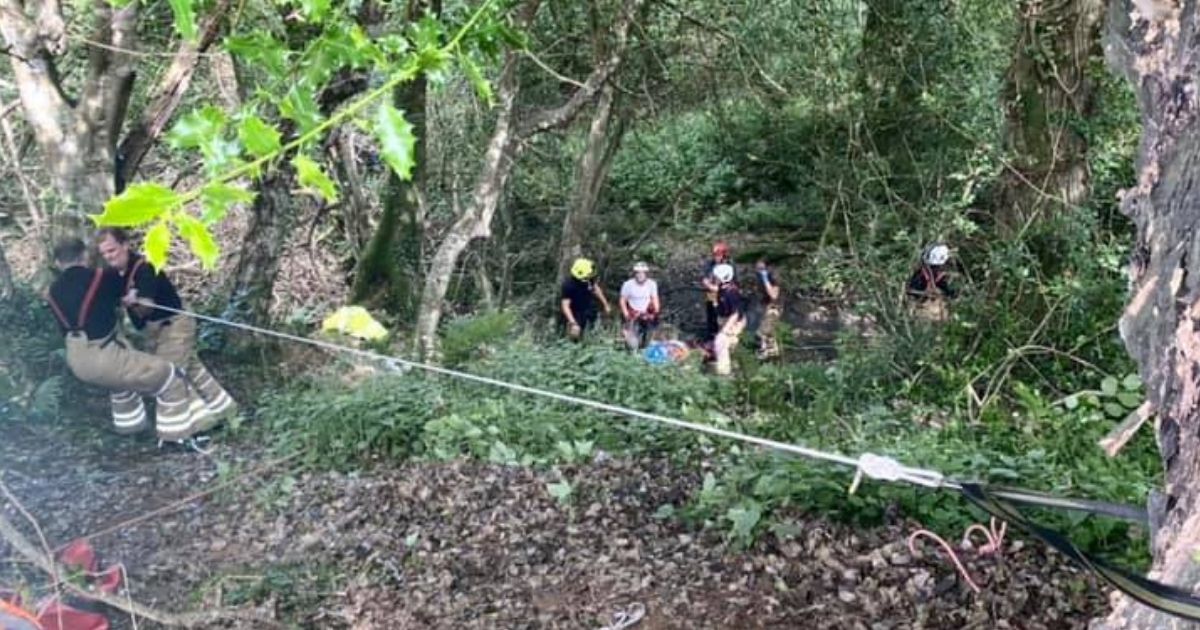 The following article, Cat's Meows Alert Rescuers to Owner, 83, Who Fell 70 Feet Down Ravine: 'Piran the Cat Saved the Day', was first published on Flag And Cross.

If an animal is going to be rescuing you from danger, it’s often a dog. There are countless movies and books based on this premise, and dogs do indeed seem to thrive when given jobs that help their owners.

You certainly don’t see cats digging people out of avalanches, tracking the scent of runaways through the woods or guiding their blind humans through the city, but that doesn’t mean they don’t have their own select set of skills they draw on when necessary.

One little black cat in particular from Cornwall, England, named Piran, has proven her undying loyalty to her owner after an accident that took place on Saturday.

When the cat’s 83-year-old owner fell 70 feet down a ravine into a stream near her home, no one knew where she’d gone — except Piran. She went to get help the only way she knew how.

“This afternoon Officers from Bodmin were tasked to conduct a search for a missing 83 year old female,” the Bodmin Police posted on Facebook. “The female was located by a member of the public who had spotted the female’s cat, meowing in the corner of a large maize field near to her home address.”

“The elderly female had fallen approximately 70ft down a very steep embankment, with incredibly difficult access and uneven terrain.

“Cornwall Fire and Rescue Service were in attendance, along with their specialist water rescue team, Cornwall Air Ambulance, and SWAST, and the female was hoisted back up to the field on a stretcher via line rescue. She was then taken to hospital via the Air Ambulance in a stable condition.”

“Piran the cat saved the day!”

The neighbor who heard Piran and followed her to the elderly woman said that though she’s a “dog person,” Piran’s loyalty and determination gave her pause.

“I’m a dog person as well, but definitely believe animals know when we need help,” Tamar Longmuir wrote in the comments on the police post.

Longmuir also said was able to speak to the woman and the hospital said she is doing well considering.

She also confirmed Piran is being looked after while her owner is recovering and she will definitely be getting kitty treats for her heroics.

“I’ll be buying the cat some treats!” Longmuir commented. “Thanks to the cat that I found her, she knew she was in there somewhere bless her!”

Cats are very loyal to their owners just like dogs! They are very intuitive and responsive to those who know how to read a cat’s signals. Dog lovers just can’t relate, in my experience. ALL animals are quite social if their owners pay attention!