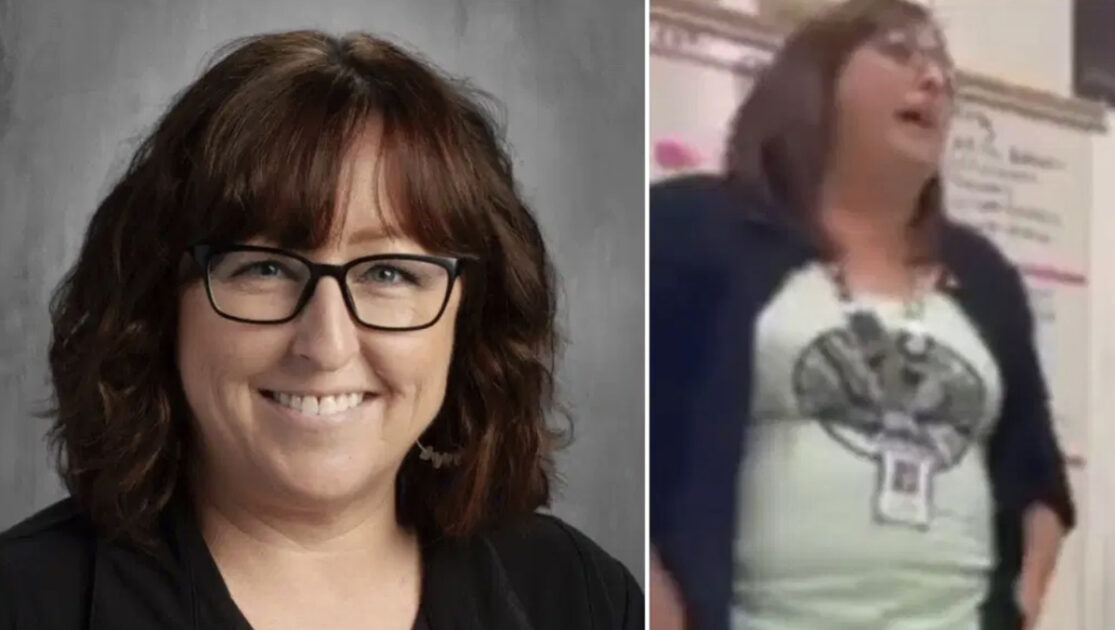 The following article, Utah Teacher Fired after Telling Kids Trump and Voters are Evil, Mask Opposition is a Threat, was first published on Flag And Cross.

A high school teacher in Utah was fired on the first day of school after delivering an expletive-filled rant against Trump, Republicans, and those who oppose coronavirus mask-wearing.

Teacher Leah Kinyon was outed by a video recorded by a student showing delivering a hate-filled rant to kids on the first day of school in the Alpine Utah School District.

Kinyon hit all the worst woke topics in her speech as reported by Eric Moutsos:

“I hate Donald Trump. I’m going to say it. I don’t care what y’all think — Trump sucks,” she said in the viral four-minute video. “Don’t tattle on me to the freakin’ admin; they don’t give a crap.”

“This is my classroom, and if you guys are going to put me at risk, you’re going to hear about it,” she added. “Because I have to be here. I don’t have to be happy about the fact that there’s kids coming in here with their variants that could possibly get me or my family sick. That’s rude, and I’m not going to pretend like it’s not.”

She also told the students, “Most of y’alls parents are dumber than you. I’m going to say that out loud. My parents are freaking dumb. Okay, and the minute I figured that out, the world opened up. You don’t have to do everything your parents say. And you don’t have to believe everything your parents believe. Because most likely you’re smarter than them.”

The chemistry teacher was first put on leave. But now the district says that Kinyon is no longer employed by the district.

She’s a disgrace to her profession! She deserved to be fired!!

Yet another whack job liberal in a position of trust, that abuses that trust. The students should sue her personally for abuse of their civil rights. Hopefully she never gets another teaching position.

She should have never been a teacher as her deplorable language and actions indicate. It used to be teachers had to have a high moral standard and now they allow the lowest of the low teach our impressionable kids and this is so very wrong. I am glad she was fired.
She can have all the freedom of speech she wants off of campus and away from the student body. ,As a chemistry teacher she should know more about viruses and stop living in fear. She is truly the stupid one.

This woman is not cut out to be a teacher because she is so crude, ignorant, and is teaching kids things that only parents are suppose to teach them. I say, “good riddance to bad rubbish”.

And she is plump, ugly and stupid!