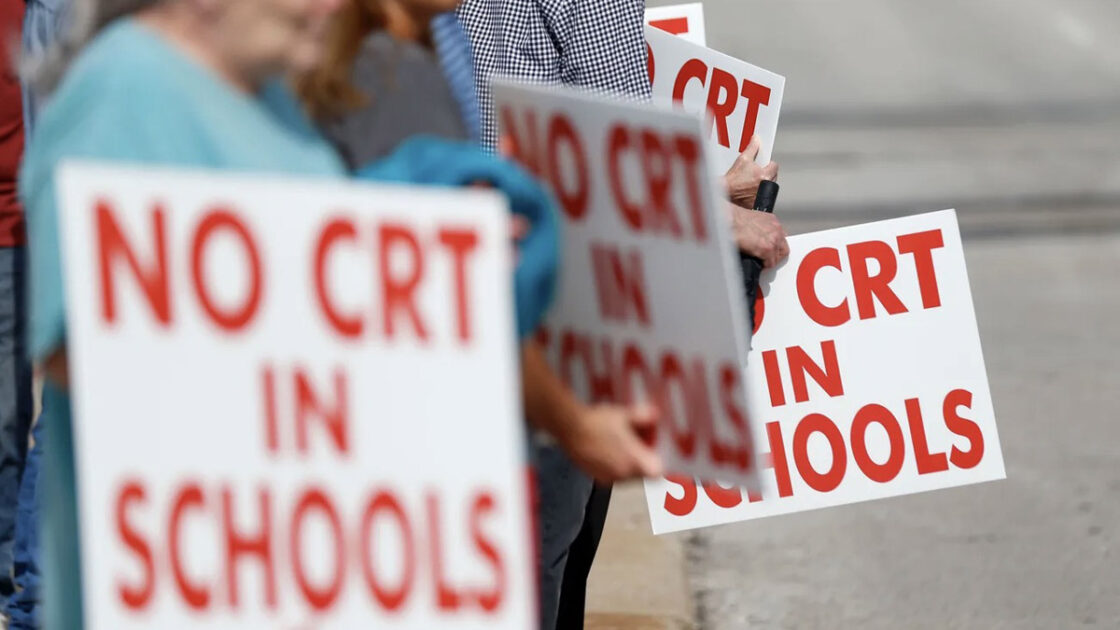 The group that has come together to fight for American students to get a quality education, rather than a crash course in Marxist grievance doctrines, is called ‘1776 Unites’.

1776 Unites is a movement to shape the American future by drawing on the best of its past. Radically pragmatic and unapologetically patriotic, we hope to speak for Americans of all races, creeds, and political convictions who oppose the efforts to demoralize and demonize our country and its foundations from within, and to turn its people against one another with false

We acknowledge that racial discrimination exists — and work towards diminishing it. But we dissent from contemporary groupthink and rhetoric about race, class, and American history that defames our national heritage, divides our people, and instills helplessness among those who already hold within themselves the grit and resilience to better their lot in life.

They have no intentions of standing back and ceding ground to radical racists hellbent on hijacking our school systems.

They have joined the public pushback against Critical Race theory — and the various parallel agendas — that have increasingly become the flashpoint in schools in the last couple of years, even more so with the rise of the New York Times’ latest subversive enterprise, the 1619 Project whose author was very pleased to see ‘1619’ spraypainted on the handiwork of vandals through the uprisings and monument destruction through the summer of 2020.

The 1619 project was published by the same NY Times that hid reports of the Holocaust coming from Germany and Poland during WWII and suppressed reports of Stalin’s orchestrated starvation of millions of Ukrainians known as the Holodomor. But when it comes to racism, the paper publishes information—false information.

While the supposed progressive paper of record does its part to push CRT on America, to teach minority children that they are oppressed when they’re not and white kids that they are oppressors when they are not–’1776 Unites is working hard to promote the parts of American history that race-hustlers would have us forget. While so many letters just offer complaints, this one offers solutions.

We propose including in your schools’ offerings the Woodson Center’s 1776 Unites curricula, which map to Social Studies, English and Social/Emotional Learning standards. 1776 Unites offers authentic, motivating stories from American history that show what is best in our national character and what our freedom makes possible even in the most difficult circumstances.

The curricula maintain a special focus on stories that celebrate black excellence, reject victimhood culture, and showcase the millions of African Americans who have prospered by embracing their country’s founding ideals. The lessons have been downloaded more than 17,000 times across all 50 states.

Continuity, not rupture. 1776 Unites confronts the realities of slavery and racism in American history while also recognizing them as betrayals of our founding’s highest principles. Leaders like Thomas Jefferson are celebrated in our history despite, not because of, their personal and political failings. The struggle of Americans to rise and realize our own values is part of our story—and always has been.

Dignity, not grievance. While dealing frankly with the grim realities of racial segregation, 1776 Unites also shows how black Americans have seized their own destiny and flourished despite harsh restrictions, as demonstrated by the development of nearly 5,000 rural schoolhouses overseen by Booker T. Washington and Julius Rosenwald. These schools became sources of local pride and helped close the white-black learning gap.

Resilience, not fragility. Knowing the achievements of the past helps students better understand their responsibilities as American citizens. A lesson on the “Woodson Principles,” which celebrate individual responsibility and strength in the face of adversity, asks students to draw vital support from family, faith, community, and participation in civic life.

The full letter can be read here.

The letter closes with an invitation…

We invite all those who are committed to quality education and fostering a genuine interest among our young people in how inspiring lessons from our past can inform our path forward to contact us at 1776 Unites (educate@1776unites.com) and to view and download our free lessons here.

We encourage our readers to check it out and pass it along to anyone you know who might be interested in this content, whether as an educator, a school board trustee, a concerned parent, or a local activist.

Parts of this post were first seen at Clash Daily

The featured image above was created by Antonio Branco. To see more of his great work go to Comically Incorrect and join me in subscribing to his email list.

I AGREE NO CRT IT TAKING US BACK NOT FORWARD