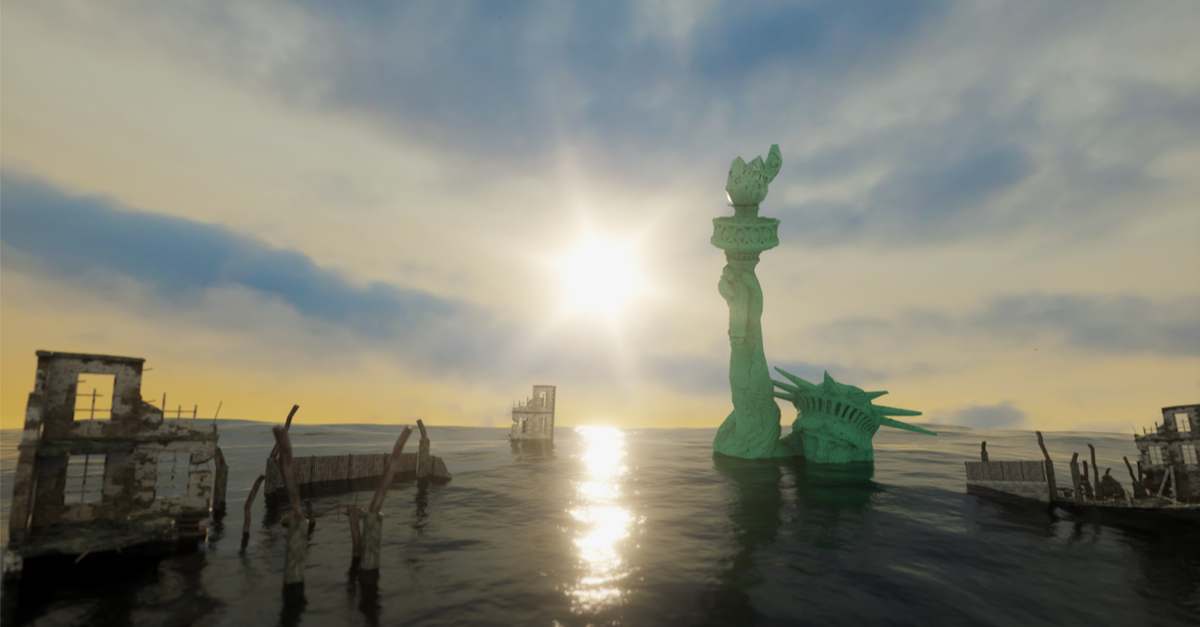 The following article, East Coast Set to Suffer from ‘Historic’ Weather Event in Coming Days, was first published on Flag And Cross.

It truly feels as though the world itself is growing far more chaotic and cataclysmic by the day, and this week will likely be no exception.

A pandemic.  Murder hornets.  An insurrection.  Wildfires and earthquakes.  These are but a few of the ridiculous and horrible incidents that the United States has faced in recent months, as 2020’s bizarre tumult spills over into the next calendar year.

Now, in addition, it appears as though the east coast is about to receive a walloping from an extremely rare event for the region:  A hurricane.

Henri was on the cusp of hurricane force over the western Atlantic on Friday afternoon, and as the storm’s track becomes clearer, AccuWeathermeteorologists emphasized that time was running out for Long Islanders and New Englanders to take action and get ready for the arrival of a hurricane that’s coming this weekend.

Henri is rated a 1 on the AccuWeather RealImpact

Scale for Hurricanes due to the anticipated rainfall, damaging winds and storm surge set to impact Long Island and New England. “This is the most serious hurricane risk in New England in 30 years, since Hurricane Bob in 1991,” AccuWeather Chief Meteorologist Jon Porter said of the looming threat.

Authorities were not wasting any time.

Hurricane watches were issued by the National Hurricane Center (NHC) on Friday morning for a slew of areas ranging from the South Shore of Long Island, New York, to Massachusetts’s Nantucket, Martha’s Vineyard and Block Island. By late Friday afternoon, the NHC has expanded tropical storm watches to include New York City in addition to other parts of the metro area.

Henri appears to be a well-rounded storm that will provide the northeast with both rain and battering winds, which makes the weather event all the more difficult to prepare for.