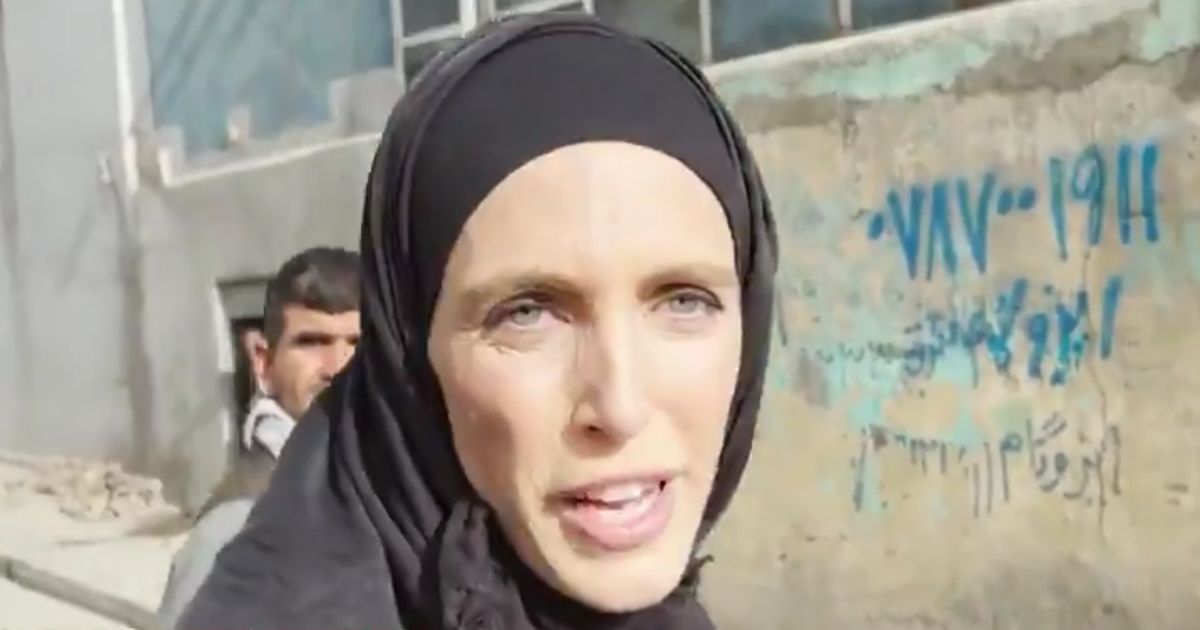 The following article, CNN Reporter Who Called Taliban 'Friendly' Gets Charged by Taliban Fighters with Gun, was first published on Flag And Cross.

CNN’s chief international correspondent Clarissa Ward was in for a rude awakening while reporting from the ground in Afghanistan on Wednesday.

Even as she called some members of the Taliban “friendly” earlier this week, the evidence surrounding her proved otherwise.

Some could be heard chanting “death to America,” and Ward, immersed in the chaos, was ordered by Taliban fighters to stand to the side simply because she was a woman, Insider reported on Monday.

As if that wasn’t enough to discredit the “friendly” label — and make Ward look rather foolish — things took an unexpected turn as she reported from the ground in Kabul on Wednesday.

Ward faced another, far more dangerous exchange with members of the Islamic militant group when some specifically charged her and her producer with the butt of a gun, according to Breitbart.

“The most frightening moment for our team came when our producer … was taking some video on his iPhone,” Ward said, according to Townhall.

“Two Taliban fighters just came up with their pistols, and they were ready to pistol-whip him and we had to intervene and scream.”

If this is how the Taliban act in the presence of cameras in front of millions of viewers while @clarissaward interviews them, imagine how they treat Afghan women away from media spotlight. I’m glad the world sees that Taliban terrorists haven’t changed pic.twitter.com/iK4L84xxGC

The incident happened shortly after Ward showed a Taliban member removing the safety from his AK-47 and running through a crowd.

Ward said Taliban members forced her to cover her face after she and her crew were “accosted” outside of the Kabul airport.

“You can see that some of these Taliban fighters, they’re just hopped up on adrenaline or I don’t know what,” Ward said. “It’s a very dicey situation.”

She told CNN’s Jake Tapper that she and her crew have experienced “all kinds of insanity,” and that she doesn’t see how ordinary Afghans are able to get past the Taliban to reach the airport.

I’m not sure what the appropriate term for the Taliban is, but “friendly” clearly isn’t it.

By now, we’re all well aware of the violence ensuing amid their takeover of Afghanistan and the U.S.’ poorly executed withdrawal from the country.

We’re well aware of the persecution women and girls are facing, the fear plaguing Americans left behind to face the Taliban’s wrath and the desperation people have to escape the chaos.

These people hate America, and it’s no surprise to see them charge an American journalist and her crew (especially considering that journalist is a woman).

Perhaps after witnessing the persecution and turmoil firsthand, Ward is well aware that members of the Taliban aren’t so “friendly” after all.

from her looks,she doesnt have to worry about getting raped,she looks like she died 5 years ago.