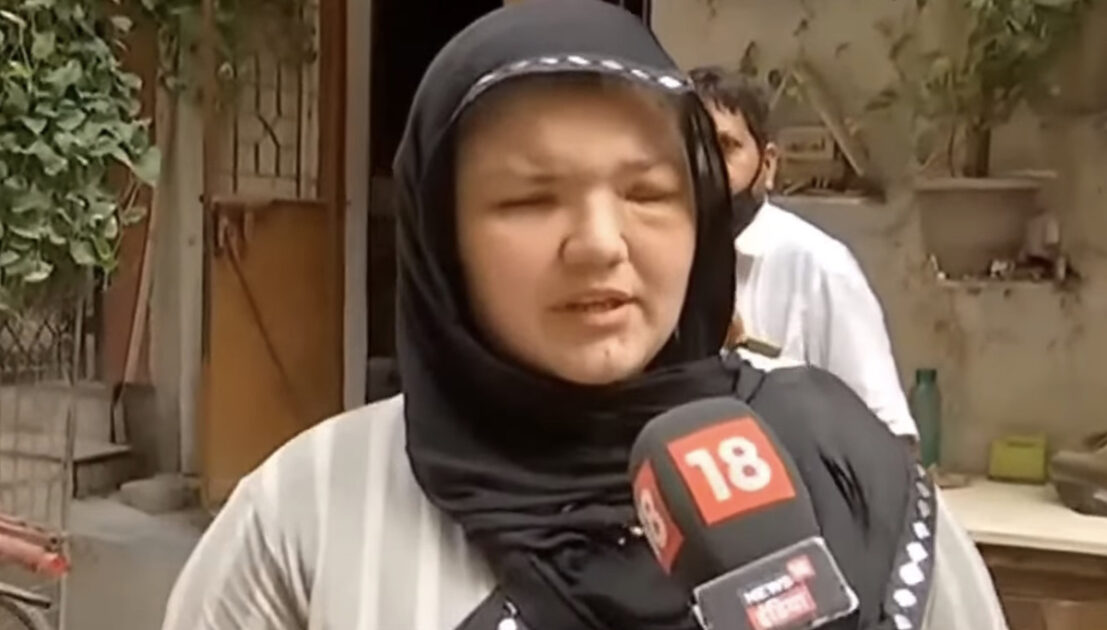 The following article, Afghan Woman Whose Eyes were Gouged Out by Taliban Warns of Renewed Torture of Women, was first published on Flag And Cross.

An Afghan woman who was shot, stabbed, and had her eyes gouged out with a knife by the Taliban warns that more torture is coming for Afghanistan’s women now that the terror army is back.

The Afghan woman, whose name is Khatera, says that the Taliban will not respect the human right of women despite the proclamations they are making for the benefit of foolish westerners.

Khatera spoke to India’s News 18 on Monday and spoke of the time her own father turned her into the Taliban because she had the temerity to have a job.

The woman told the news outlet that the Taliban attacked her and shot her up to eight times. They also stabbed her and then brutally sliced out her eyes with a knife. She was then left for dead, but she survived the assault.

Even more amazingly, she was also pregnant at the time of the attack.

“It’s tough for the world to imagine what we built in the past 20 years,” she told the outlet. “We built dreams. Now they are gone. It’s all over for us. Women who work with the government or police were being hunted and threatened even before the Taliban had taken over the country. Now, the concern has gone beyond letting women work. At this point, I am scared if they would leave these women alive. They don’t just kill women — they make animals feed on their bodies. They are a blot on Islam.”

The woman added that the Taliban treat women like “meat.”

“[The Taliban] first torture us and then discard our bodies to show as a specimen of punishment,” she said. “Sometimes our bodies are fed to dogs. I was lucky I survived it. One has to live in Afghanistan under the Taliban to even imagine what hell has befallen on women, children, and minorities here.”

Khatera said that she fled to India after she recovered from the horrific assault.

The woman also explained how the Taliban treats women:

“The Taliban don’t allow women to visit male doctors, and at the same time, don’t let women study and work,” she told the outlet. “So, then what is left for a woman? Left to die? Even if you think we are just reproductive machines, there is not common sense but pure hate. How does a woman deliver her child according to the dictum of these men with guns without medical care?”

Continue reading: Afghan Woman Whose Eyes were Gouged Out by Taliban Warns of Renewed Torture of Women ...