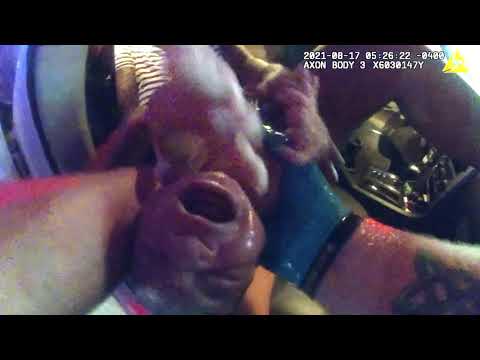 The following article, When Couple Realizes They Won't Make It to Hospital, Deputy Helps Deliver Baby in 7-Eleven Parking Lot, was first published on Flag And Cross.

Early Tuesday morning, a couple in Tampa, Florida, jumped into their car and headed for the hospital. The woman was in labor, but things progressed quickly and it didn’t look like they would make it.

The father pulled into the parking lot of a 7-Eleven and dialed 911, explaining the situation they were in.

When officers with the Hillsborough County Sheriff’s Office arrived at the scene shortly after the call was placed at 5:30 a.m., the woman was clearly about to have the baby right there in the car.

In bodycam footage, you can hear the father saying, “It’s crowning.”

“Alright, ma’am, you can just push,” said Deputy Jordan Ream, who ran to the passenger’s side of the car where the woman was in labor.

He continued to encourage her, saying that a rescue team had arrived and would be attending to her soon.

After a few moments, the baby boy made his debut and immediately let the world know what he thought of the whole ordeal, crying loudly as he was placed on his mother’s chest.

The new dad was relieved to have had backup and thanked Ream profusely.

“I really appreciate it,” the father said. “I was about to lose my mind. I have never been through that!”

Ream said he had never done anything like it before either.

The Hillsborough County Sheriff’s Office shared on Facebook that the mother and baby were “transported to the hospital and are doing great.”

“Without hesitation, Deputy Ream jumped into action to assist this mother in labor,” he said in a statement. “While a car is hardly a place anyone would want to give birth in, Deputy Ream repeatedly reassured the new mom that she was in good hands.

“Immediately, his training kicked in and he was able to deliver the healthy baby while keeping mom safe too. I wish Mom, Dad, and their new baby boy all the happiness. Congratulations!”

This birth story is certainly one these parents will remember and tell for years to come!