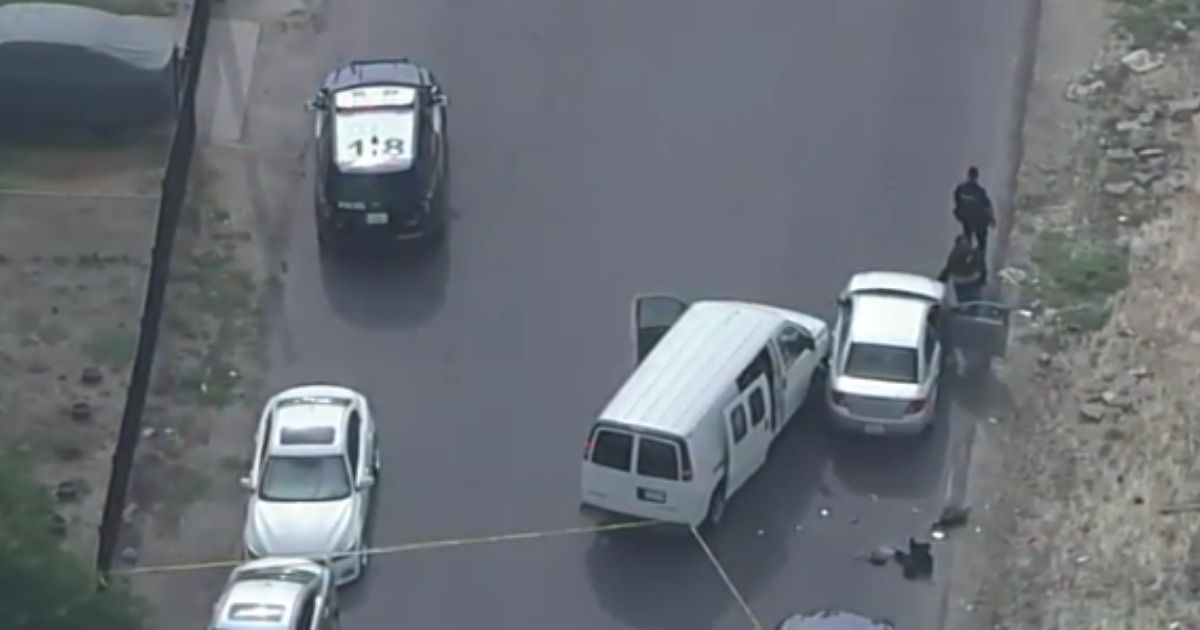 The following article, Man Suspected of Ambush Against Sheriff's Deputy Dies, was first published on Flag And Cross.

A San Bernardino man was killed Wednesday after a shootout with police who had come to take him into custody in connection with Tuesday’s shooting of a San Bernardino County sheriff’s deputy.

On Tuesday, the deputy — whose name has not been released — was shot while trying to make a traffic stop.

Video showed that after the suspect’s car rounded a corner with the deputy in pursuit, the suspect got out of the fleeing car and waited, according to KABC-TV.

“This was an ambush situation,” said Sgt. Equino Thomas of the San Bernardino Police Department.

“The suspect was able to exit his vehicle. He was able to retrieve a rifle and assume a position where he was able to fire at the deputy as he came around that corner,” he said of the Tuesday incident.

An update on the San Bernadino County Sheriff’s Twitter on Wednesday said the deputy was injured and taken to the hospital, but he is expected to make a full recovery.

UPDATE: Our deputy remains hospitalized, in stable condition. He is expected to make a full recovery.

After an investigation, police identified a suspect and went to a residence to arrest him.

Two SWAT members were shot in the exchange of gunfire that followed, San Bernardino police Lt. Michele Mahan said, according to Fox News.

“Two of our officers were shot,” Mahan said. “Both of them were able to speak at the time our own officers transported them to a local hospital.”

The suspect was killed.

Breaking: @SanBernardinoPD announces Ervin Olikong as the man killed in a shootout with police today in #Highland. @sbcountysheriff says Olikong is the same man wanted for injuring a deputy in shootout yesterday. PD says Olikong was gang member with violent criminal background.

San Bernardino Police Chief Eric McBride said the suspect killed was Ervin Olikong, 34, who was characterized as a gang member with a criminal history that included assault and robbery.

He had been wanted on a charge of assault with a deadly weapon at the time of the Tuesday incident.

“We don’t know why he engaged that deputy in the ambush yesterday, but obviously he has a very violent criminal history and background,” McBride said.

McBride said Olikong was under surveillance for several hours before police moved in Wednesday afternoon. He said Olikong initiated the exchange of gunfire.

Police also took one man into custody who is suspected of driving the car in the Tuesday incident.

Police reported that both officers wounded Wednesday are in stable condition.