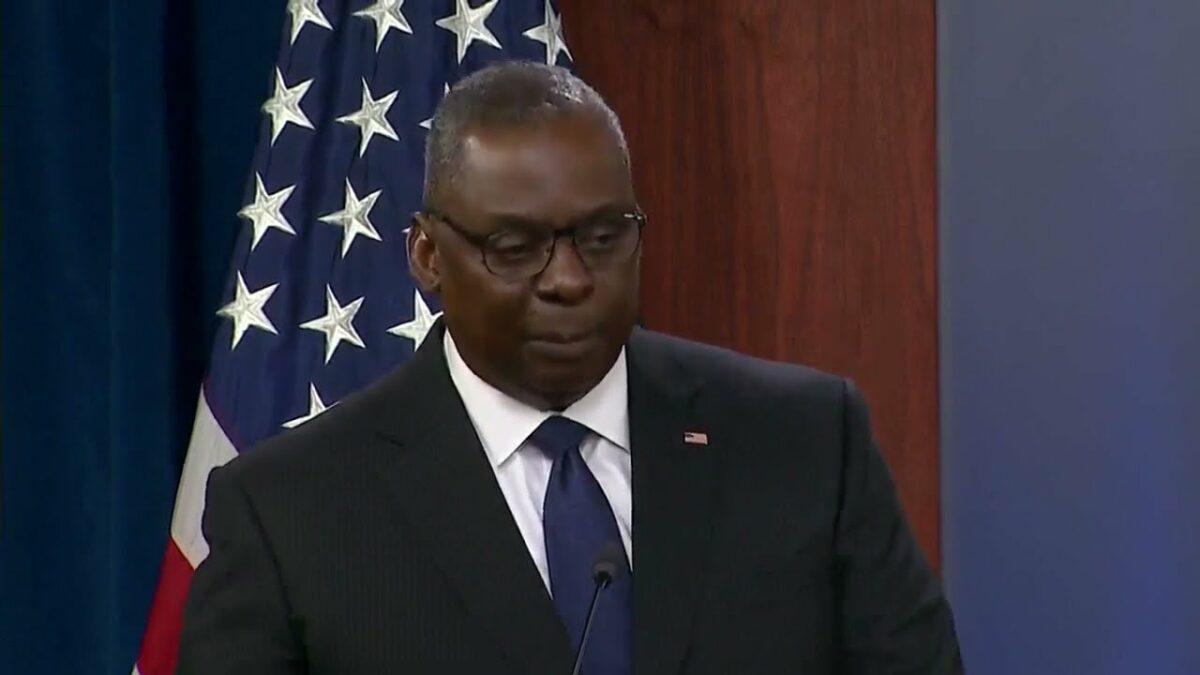 The following article, Biden's Defense Sec: We Will Only Evacuate Americans Until the 'Clock Runs Out', was first published on Flag And Cross.

As the Taliban takes control of Afghanistan, many Americans remain stranded in the chaos. Defense Secretary Lloyd Austin is now suggesting there is a limited timeframe during which the United States will work to evacuate them.

“We’re going to get everyone that we can possibly evacuate evacuated,” Austin said Wednesday.

“And I’ll do that as long as we possibly can until the clock runs out or we run out of capability.”

Austin’s statement implies that at some point, the Biden administration will deem the clock has run out. What happens then?

Will any Americans stuck in Afghanistan be left to the mercies (or lack thereof) of the Taliban? That hardly seems just, especially considering the Biden administration largely caused this mess in the first place.

On Tuesday, Biden administration officials said “about 10,000 to 15,000 U.S. citizens remain in Afghanistan,” according to The Washington Post.

If the administration hadn’t rushed to pull out of Afghanistan before devising a working plan, it could have evacuated these people before attempting to withdraw all of the troops. Instead, the half-baked plan has left thousands of Americans stranded.

For those who remain in Afghanistan, the Biden administration told them they cannot even count on a safe journey to the Kabul airport, the site from which they would be evacuated.

CBS producer Sara Cook posted a note to Twitter on Tuesday that was reportedly sent to American citizens who are trying to get out of Afghanistan.

It advises them to make their way to the airport, but it warns them in big, bold letters, “THE UNITED STATES GOVERNMENT CANNOT GUARANTEE YOUR SECURITY AS YOU MAKE THIS TRIP.”

The below note went out this afternoon to American citizens requesting to be evacuated from Afghanistan, @alanacbs reports. It instructs people to come to Hamid Karzai Intl Airport in Kabul, but says the US govt cannot guarantee their safety as they make the trip. @CBSNews pic.twitter.com/rgEyjGup4K

This is in no way an effective exit strategy. Asking stranded Americans to navigate their way through areas controlled by the Taliban in order to have any chance at evacuation is not helpful.

Apparently, the Biden administration could not stop at completely botching the withdrawal of American troops from Afghanistan. Now, it must also botch the messaging regarding an exit strategy for the Americans it stranded.

There is still hope that the administration will devise an effective plan to evacuate every stranded American. But based on the available evidence, things don’t look particularly promising.

In addition to these concerns, the Post reported that “troves of sensitive U.S. government data are surely being left behind in the nation now under Taliban control,” which the paper called one of “the many long-term costs of the rapid fall of the Afghan government.” Doesn’t that sound lovely?

Oh, and who could forget the high-grade weapons and other military equipment that the United States practically gifted the Taliban during our retreat?

The incompetency of the Biden administration has empowered a terrorist group and thrust thousands of Americans into chaos. The absolute least the administration can do is bring every last American citizen to safety.

Continue reading: Biden's Defense Sec: We Will Only Evacuate Americans Until the 'Clock Runs Out' ...