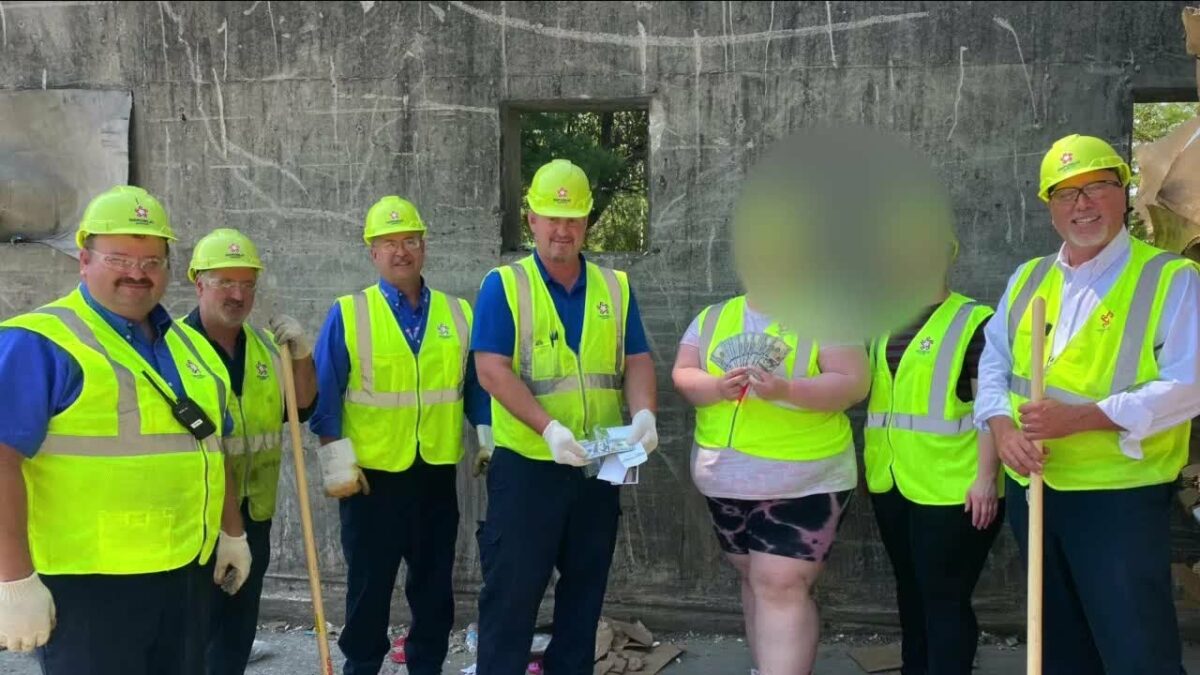 The following article, Waste Collection Agency Scrambles to Dig Through Trash After Family Mistakenly Throws Out $25,000, was first published on Flag And Cross.

A family in Lorain County, Ohio, pulled together Aug. 4 to help a matriarch in the family thoroughly clean her home.

When they got to the refrigerator, they bagged up everything in the freezer and threw it in the trash.

Grandma called a halt to the process when she saw they’d gotten to the freezer — but her words of caution were too late.

Gary Capan, operations supervisor for Republic Services, recalled the frantic call the agency got from the family once they realized their blunder.

“They were cleaning out their house for their grandmother, and they cleaned out the refrigerator,” he told WEWS-TV, “threw out all the garbage, grabbed all the freezer stuff, put it in a bag, and then the grandma was like, ‘Hey, there’s an envelope with $25,000 in there, don’t lose that,’ and she’s like, ‘Grandma, I already lost that. I’m like, it’s in the garbage!'”

And indeed, the grandmother’s cash was on its way to anonymity in the Oberlin landfill. Once the garbage truck reached the landfill and dropped off its unsavory cargo, it would be too late.

“What happens when they get to the landfill is, they will come in, they’ll drop off their load of garbage, the bulldozers will immediately start smoothing it out, pushing it into the hill, dropping dirt on it and start covering up the process of the landfill,” Capan explained.

“And we do that in a nonstop process. If it got dropped there, there’s no finding it anymore.”

Capan and others rushed to identify the truck that had serviced the family’s neighborhood and determine if they could retrieve the envelope or not.

Thankfully, they found the truck before it headed to the landfill and were able to have it stop at a recycling center.

The truck dropped six tons of garbage for workers to start sifting through. Ten employees helped look for the buried treasure.

“I told the girls, I said, if it’s in there, we’ll find it for you, because they were pretty upset,” said Dan Schoewe, operations manager at the recycling center and one of the employees who helped dig through the trash.

Surprisingly, it only took Schoewe minutes to locate the money.

“Couldn’t believe it. It took 10 minutes and actually, I said, ‘Man, it looks just like that,’ pulled it off, opened it up and there was the package inside with the money in it,” Schoewe said. “They were so happy, they were tearing up.”

While this certainly wasn’t the first time someone had called in, frantic about something they’d accidentally thrown away, this was definitely one of the biggest “oops” with a happy ending.

“It can be very, very difficult,” Schoewe said. “It’s rare that we can find something for somebody. So this is like the biggest one I’ve seen in 30 years.”

“Makes us feel good here,” Capan added. “Made myself feel good. I was like, ‘yeah, that’s awesome.’ What a great story. And we’re just glad to help.”

It’s not every day that waste management services employees are regarded as heroes, but that’s certainly true in this case. No doubt grandma is happy to have her cash back, but it looks like she’s going to need to pick a new hiding place.