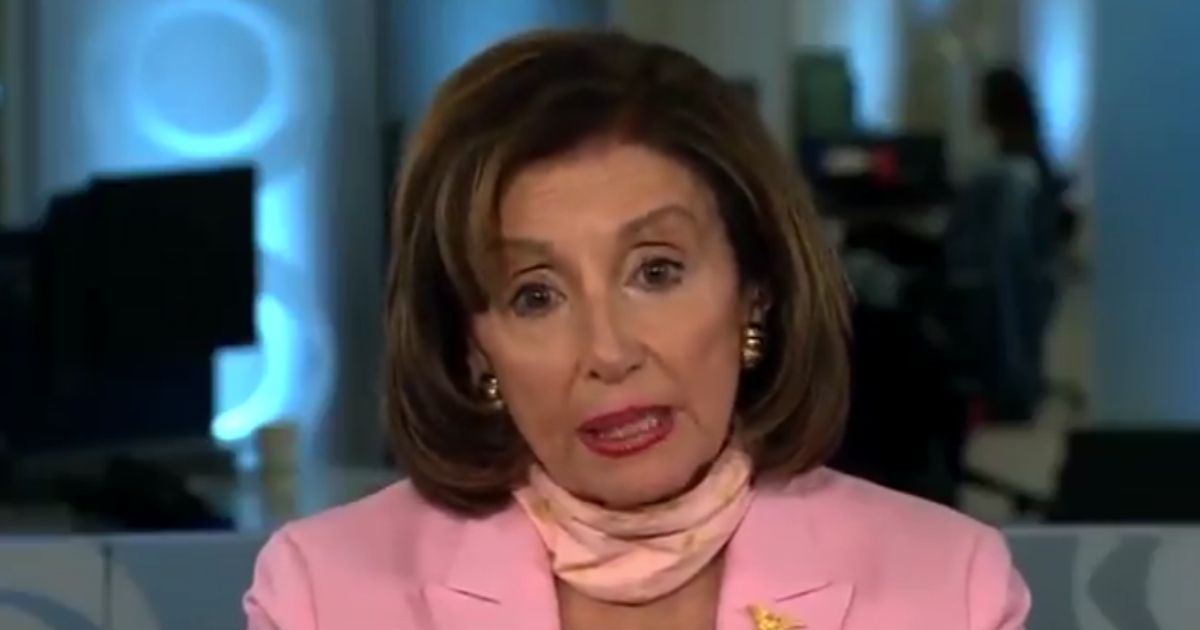 The following article, Nancy Pelosi Downplays US Military Equipment Falling Into Taliban Hands, was first published on Flag And Cross.

House Speaker Nancy Pelosi on Tuesday downplayed the significance of billions of dollars of military equipment falling into the hands of Taliban fighters amid the Biden administration’s botched Afghanistan exit.

The Taliban spent just about two weeks seizing vast swaths of land from the Afghan Armed Forces but ultimately succeeded in toppling the U.S.-backed government and military this past weekend.

But before Kabul fell into Taliban hands, reports of the terror group using abandoned U.S. military equipment shocked many. But Pelosi told a California TV station on Tuesday that she is not at all worried about all those taxpayer dollars going to arming a group that is a notorious violator of human rights.

KPIX-TV reported that Pelosi sat down with its reporters to touch on topics such as next month’s recall election, COVID mandates and the bungled exit from Afghanistan after 20 years and thousands of lives sacrificed.

Pelosi repeated her commendation for President Joe Biden regarding how he chose to leave the country. On the subject of vehicles, guns, ammunition, drones and helicopters left behind, the anti-Second Amendment Democrat was dismissive.

Nancy Pelosi was asked about the tens of billions of dollars in equipment left behind for the Taliban.

She says that “This is what happens when you withdraw.” pic.twitter.com/g9lipOTmdr

“This is what happens when you withdraw. Some equipment is left there,” she said.

“Some equipment was left there. It was thought that would be used — it was hoped that it would be used — by the Afghan military to defend its own country,” Pelosi added. “The fact that it did not and could not was all the more reason for us to leave.”

The White House acknowledged that the Taliban had amassed a significant amount of US military equipment after seizing control of Afghanistan following two decades of war with US forceshttps://t.co/ZRZXQivOsX

Taliban fighters posing with US weapons in a base they just captured easily. This is what we spent a trillion dollars on! pic.twitter.com/OpWoKI66ur

Taliban seizing a lot of the American weapons in #Afghanistan pic.twitter.com/XsQ5am5AY6

Helicopters aren’t the only thing the Taliban will inherit when they eventually take Kabul airport pic.twitter.com/0Y6idyGbKj

A source whom The Associated Press did not identify confirmed that the cache of equipment obtained by the Taliban is enormous but provided no further details.

Pentagon spokesman John Kirby blamed the Afghan military for the equipment loss when speaking on the matter Tuesday.

“Money can’t buy will. You cannot purchase leadership,” he said.

The U.S. spent an estimated $83 billion in taxpayers dollars arming and training the Afghan Armed Forces over the last two decades, the AP reported. The monetary value of the equipment accumulated by the Taliban this month is not yet clear, but Pelosi was not concerned about it when dismissing the matter on Tuesday.

PISSED OFF doesn’t begin to describe my feelings toward the Biden administration.