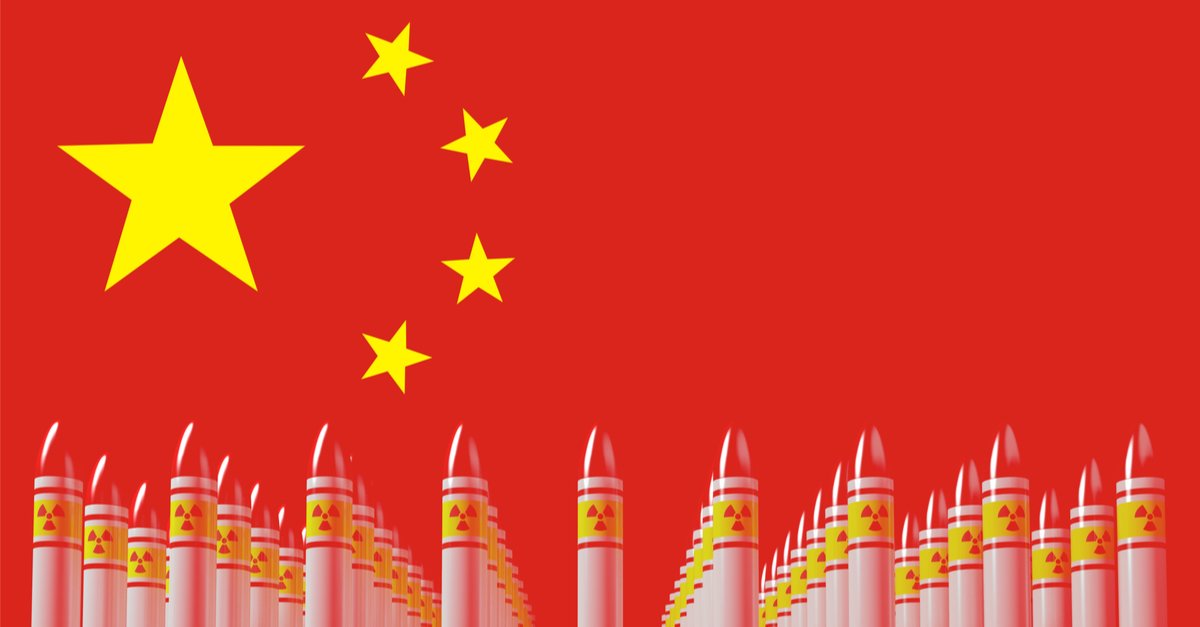 The following article, China Exploits Biden’s Afghan Bug-Out As Lesson For Taiwan, was first published on Flag And Cross.

They broke their promise to Afghanistan. Do you really think they will have your back? You can’t rely on America, so make nice to us! That’s the message China is sending to Taiwan. An editorial In the Global Times, a daily tabloid newspaper run by the Chinese Communist Party, pulled no punches in their message to the Taiwan government with “Afghan abandonment a lesson for Taiwan’s DPP.” lesson for Taiwan.

The editorial began with the Biden bug-out and other examples of the US abandoning its allies.

The US troops’ withdrawal from Afghanistan has led to the rapid demise of the Kabul government. The world has witnessed how the US evacuated its diplomats by helicopter while Taliban soldiers crowded into the presidential palace in Kabul. This has dealt a heavy blow to the credibility and reliability of the US.

Many people cannot help but recall how the Vietnam War ended in 1975: The US abandoned its allies in South Vietnam; Saigon was taken over; then the US evacuated almost all its citizens in Saigon. And in 2019, US troops withdrew from northern Syria abruptly and abandoned their allies, the Kurds. Some historians also point out that abandoning allies to protect US interests is an inherent flaw that has been deeply rooted in the US since the founding of the country. During the American War of Independence, the US humbly begged the king of France, Louis XVI, to ally with it. After the war, it quickly made peace with Britain unilaterally and concluded a peace treaty with Britain that was detrimental to France’s interests. This put Louis XVI’s regime in a difficult position, giving cause for the French Revolution.

The French revolution is our fault? Heck no! We didn’t even get to eat the cake so infamously suggested by Queen Marie Antoinette.

The CCP then went on to tell Taiwan not to trust America:

How Washington abandoned the Kabul regime particularly shocked some in Asia, including the island of Taiwan. Taiwan is the region that relies on the protection of the US the most in Asia, and the island’s Democratic Progressive Party (DPP) authorities have made Taiwan go further and further down this abnormal path. The situation in Afghanistan suddenly saw a radical change after the country was abandoned by the US. And Washington just left despite the worsening situation in Kabul. Is this some kind of omen of Taiwan’s future fate?

(…) The geopolitical value of Afghanistan is no less than that of Taiwan island. Around Afghanistan, there are the US’ three biggest geopolitical rivals – China, Russia, and Iran. In addition, Afghanistan is a bastion of anti-US ideology. The withdrawal of US troops from there is not because Afghanistan is unimportant. It’s because it has become too costly for Washington to have a presence in the country. Now the US wants to find a better way to use its resources to maintain its hegemony in the world.

Don’t you think Taiwan is looking at the reckless way Biden bugged out of Afghanistan and wondering if they are next?

The CCP editorial explains that Taiwan is an inexpensive ally for America—-no military presence, they just purchase American weapons.

What Washington has to do is only to send warships and aircraft near the Straits from time to time. In general, the US does not have to spend a penny on Taiwan. Instead, it makes money through arms sales and forced pork and beef sales to the island. This is totally a profitable geopolitical deal for Washington.

But that’s only as long as there is peace. If a Taiwan vs. China war breaks out, US support of Taiwan becomes expensive, costing money and blood.

Some people on the island of Taiwan hype that the island is different from Afghanistan, and that the US wouldn’t leave them alone. Indeed, the island is different from Afghanistan. But the difference is the deeper hopelessness of a US victory if it gets itself involved in a cross-Straits war. Such a war would mean unthinkable costs for the US, in front of which the so-called special importance of Taiwan is nothing but wishful thinking of the DPP authorities and secessionist forces on the island.

In the past two decades, the Kabul government cost over 2,000 US soldiers, $2 trillion, and the majesty of the US against the “bandits.” But how many lives of US troops and how many dollars would the US sacrifice for the island of Taiwan? After all, the US acknowledges that “there is but one China and that Taiwan is part of China.” Will the US get more moral support from within and from the West if it fights for the secession of Taiwan than it did during the Afghan War?

The editorial finishes with a warning—the U.S. will abandon Taiwan also:

The DPP authorities need to keep a sober head, and the secessionist forces should reserve the ability to wake up from their dreams. From what happened in Afghanistan, they should perceive that once a war breaks out in the Straits, the island’s defense will collapse in hours and the US military won’t come to help. As a result, the DPP authorities will quickly surrender, while some high-level officials may flee by plane.

The best choice for the DPP authorities is to avoid pushing the situation to that position. They need to change their course of bonding themselves to the anti-Chinese mainland chariot of the US. They should keep cross-Straits peace with political means, rather than acting as strategic pawns of the US and bear the bitter fruits of a war.

The Biden bug-out caused a humanitarian disaster in Afghanistan and will also alienate America’s strategic allies.

Not because Biden pulled out of Afghanistan. One way or another, America has been pulling out of Afghanistan since 2011. When we killed Bin Laden in 2011, troop levels were around 100K. A year later, that number dropped to 77K. Everyone knew America was slowly pulling out. Under Trump, every time the Taliban caused trouble, the pull-out was paused, and the Taliban was punished.

The reckless and tone-deaf way that withdrawal was executed, lacking any strategy or deterrence to protect Afghanistan from the Taliban, demonstrated that this administration didn’t have the back of America’s allies.

As China is warning Taiwan, Hong Kong is listening, and so are our other allies in Asia like South Korea and Japan. They cannot be trusting America today as much as they trusted the U.S. a month ago. And it’s not just our Asian allies, countries near Russia like Ukraine and Poland are more frightened about Russia thanks to the Biden bug-out, and the Sunni states are most assuredly more scared that Biden will not have their back against Iran.