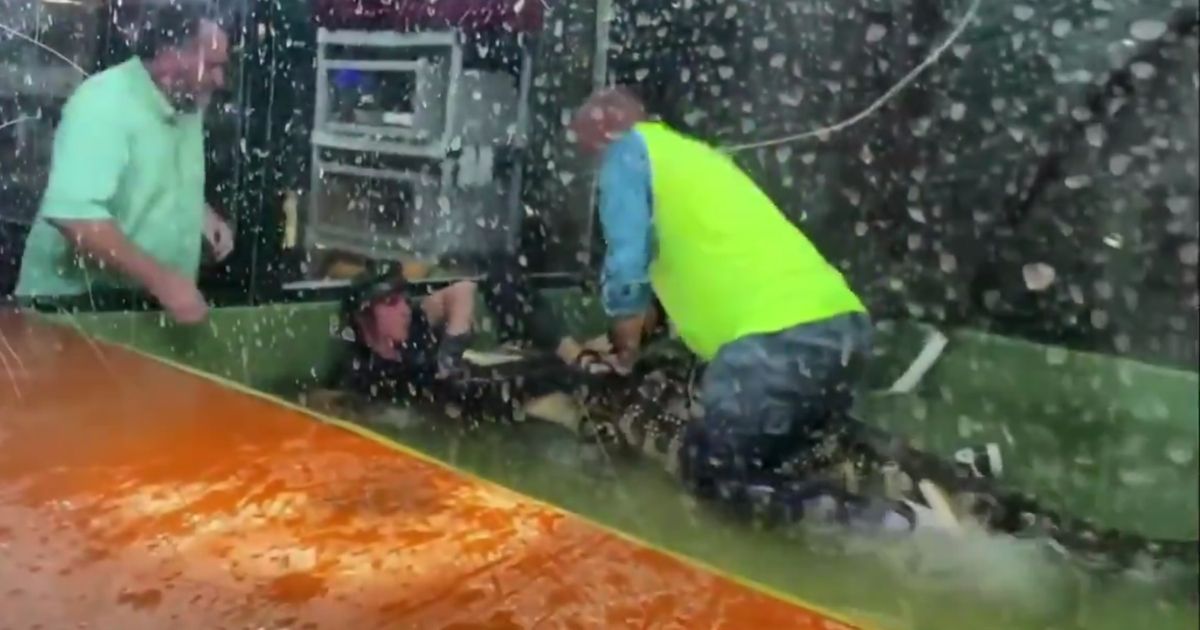 The following article, Bystander Jumps Into Tank to Rescue Woman Being Attacked by Alligator at Child's Birthday Party, was first published on Flag And Cross.

A Utah man became an unlikely alligator wrestler for a day and has the scars to prove it.

On Saturday, Donnie Wiseman joined in the fun when a family friend had a birthday party at a reptile petting zoo.

“This was just a 5-year-old birthday party,” he said, according to the Deseret News. “We were just doing kid stuff.”

That is until it was time to feed Darth Gator, an 8-foot alligator.

Trainer Lindsay Bull was feeding the animal when it snapped down on her hand and dragged her into the water of its enclosure.

Wiseman promptly leaped the Plexiglass barrier and landed on top of the alligator.

A guest at a reptile centre jumped into the enclosure to rescue a handler pulled in by an alligator.

The staff member was taken to the hospital and is expected to make a full recovery, according to local media reports.

He turned to Bull for instructions on what to do next.

After almost a minute, the alligator let go of Bull’s hand.

That left Wiseman alone inside the enclosure, having quality time with an alligator.

His wife, Theresa, recorded the spectacle.

“Honestly, the most terrifying thing for me was once she was out, suddenly I realized, ‘Oh my goodness, he’s in there alone,’” she said.

Wiseman gave Bull all the credit for his eventual escape.

“Thanks to her — her bravery, her resourcefulness, her knowledge, her professionalism — she got herself out of the tank and myself without any more harm being done,” he said.

Wiseman was cut in the tussle.

“I don’t know what that is, maybe his claw,” he said as he showed off a scar on his stomach.

Wiseman admitted to having some unkind thoughts as he was holding on to the gator for dear life.

“I was hoping the police would come in and shoot him,” he said, according to KUTV-TV.