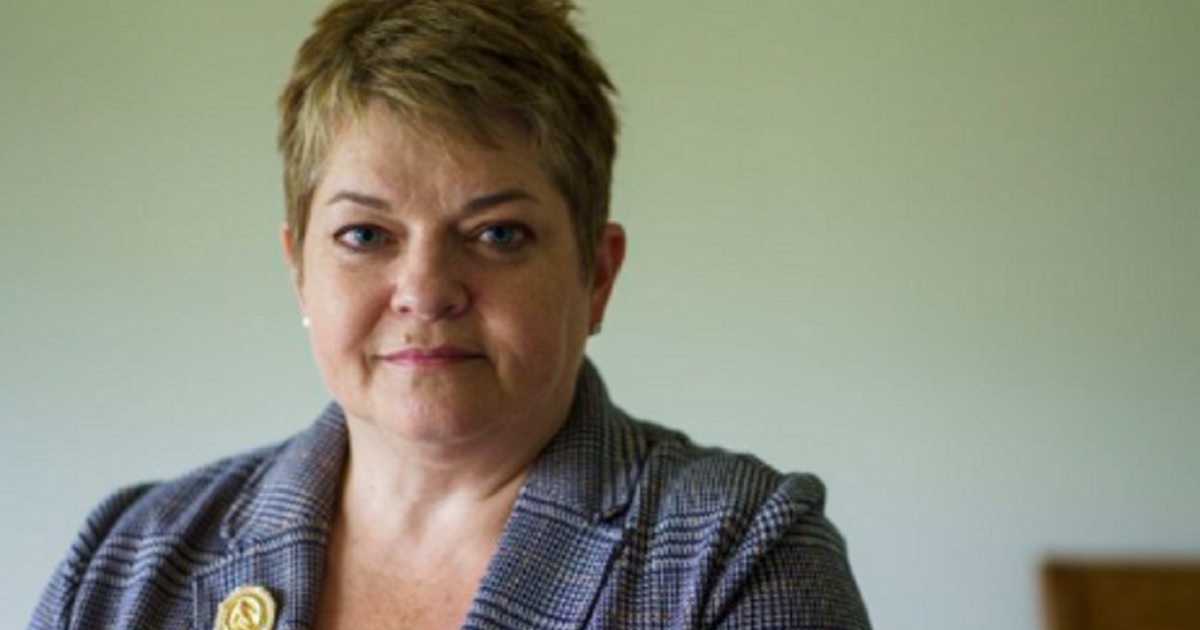 The following article, Fired Vax Official Blamed Republicans After Receiving Dog Muzzle, But May Have Sent it to Herself, was first published on Flag And Cross.

The former top vaccination official in Tennessee, who was fired from her post in July, appears to have lied about Republicans sending her a dog muzzle to intimidate her.

According to Axios, Dr. Michelle Fiscus lost her job after heavy criticism from state Republican lawmakers over a memo she wrote explaining how health providers in Tennessee “could vaccinate some teenage patients without a parent’s approval.”

NEW: A Tennessee investigation found evidence that the state’s fired vaccine chief Michelle Fiscus, who claimed that someone had mailed her a dog muzzle in an attempt to intimidate her, had in fact purchased the muzzle. https://t.co/91BeQWxA2C

Fiscus and her husband, Brad, have claimed that, before the firing, a package containing a dog muzzle had been sent to Fiscus’s office from an anonymous source, Axios reported.

“Someone wanted to send a message to tell her to stop talking, they thought it would be a threat to her,” Brad Fiscus told the Tennessean.

But according to the Tennessean, a state investigation found Fiscus might have sent the muzzle to herself.

In a memo tied to the case, Tennessee Department of Safety and Homeland Security Special Agent Mario Vigil wrote that “there is no evidence to indicate that the dog muzzle was intended to threaten Dr. Fiscus,” the Tennessean reported.

The newspaper acquired an investigation report that showed that after investigators sent a subpoena to Amazon, they learned the retail delivery giant had two accounts with Fiscus’ name, though she’s only provided one account to investigators. They also learned that the package that included the muzzle was ordered through that second account and paid for by an American Express card in Fiscus’ name.

Unsurprisingly, in her response to the report, Fiscus wrote on Twitter that she did not send the muzzle to herself.

Regarding the muzzle: I ASKED Homeland Security to investigate the origin. Just provided a redacted HS report by Axios Nashville. Report says a second account was made under my name from a phone in WA? Waiting on unredacted report. Hold tight. No, I didn’t send it to myself.

Brad Fiscus had told the Tennessean back in July that his wife had been sent the black dog muzzle in an anonymous Amazon package about a week prior to the Tennessee Department of Health firing her. He said when his wife called him about the package, he suggested she reach out to the state Homeland Security agency to investigate the matter, the outlet reported.

He also told the Tennessean at the time that Amazon would not release any details of the account which had ordered the muzzle without being issued a subpoena.

According to Axios, Fiscus has repeatedly claimed that her dismissal was motivated by politics, particularly by Republican state officials. While these lawmakers had criticized her for multiple things, the heaviest criticism was for the memo that Fiscus had sent out explaining how Tennessee providers are able to vaccinate certain teenagers without any parental approval, the outlet reported.

However, according to an article from the Nashville Post, an online news outlet covering the Nashville area, Tennessee Department of Health records cited multiple misconduct issues which had occurred prior to her firing in mid-July.

Chief Medical Officer  Tim Jones had recommended Fiscus’ termination, according to the Post. The outlet reported that Jones had written to Health Commissioner Lisa Piercey in a memo that Fiscus’ leadership of the vaccine program was not effective, that she had failed to sustain positive working relationships, and accused her of attempting to move state funding to a non-profit she had founded.

He called the last move “poor judgment and a substantial conflict of interest.”

According to the Post, the letter additionally stated that Fiscus’ colleagues had filed “several” complaints against her in February and that she did not cooperate with the department’s leadership on certain projects — though copies of these complaints could not be sent to the outlet without a formal request.

Two things need to be said regarding all this.

First off, this certainly seems to be similar to the Jussie Smollett case, where the actor is denying he paid two men to fake an attack on him in Chicago in 2019 in an attempt to win public sympathy and put blame on supporters of then-President Donald Trump.

While Fiscus continues to claim innocence and is still denying any involvement in sending herself the muzzle, the evidence certainly points to the conclusion that she was the source of the muzzle she received.

It looks like Fiscus did indeed send the muzzle herself in order to create an incident in which she could go on a long pity tour on left-wing media in order to garner sympathy and try to make Republican lawmakers look bad. The evidence seems to indicate that Jones was absolutely right to fire her and it certainly seems that Fiscus deserves to be called out for being a liar at this point.

Leaders and public officials need to be held to a higher standard for what they do and say. It is never OK for government officials to so blatantly and unashamedly lie to the public and the citizens they are supposed to care about.

Second, here we have yet another example of why the public’s skepticism continues to grow regarding the top health officials in this country. With their recent track record of being dishonest, or at the very least less-than-truthful, it is easy to see why Americans are getting fed up with those in charge.

Conservatives are continually getting blasted for not unilaterally accepting each and every thing said by our leading health officials. Yet, public officials have shown time and time again that, given the chance, they will lie about all sort of things. Even in the contemporary world, where cameras record politicians’ every move, they will still find ways to lie and mislead the American people.

Additionally, even though science is something that should be unbiased and neutral in its assessment and claims, there is still a great amount of debate in the scientific and medical community on just about every topic. That’s why medical patients are so apt to get second, third or fourth opinions when it comes to majore health decisions. While there is consensus, there are also a lot of differing opinions.

When it comes down to it, individuals should look at the science and the stats and facts for themselves and reach their own conclusions.

Science usually is trustworthy. But that is not to say we should always accept science for what the powers-that-be say it is. If we never questioned science, we would still be giving children heroin for sore throats or using a solution of cocaine as a local anesthetic, for heaven’s sake.

In this case, it would appear that the evidence clearly shows that Tennessee residents and lawmakers had a right to be concerned about Fiscus, and the consequences from that are clear.

So long as those officials keep showing their misleading and dishonest colors, public skepticism about COVID-19 regulations and in their own public health officials will not cease. It is a direct correlation and it appears that it will only continue to grow.

Continue reading: Fired Vax Official Blamed Republicans After Receiving Dog Muzzle, But May Have Sent it to Herself ...