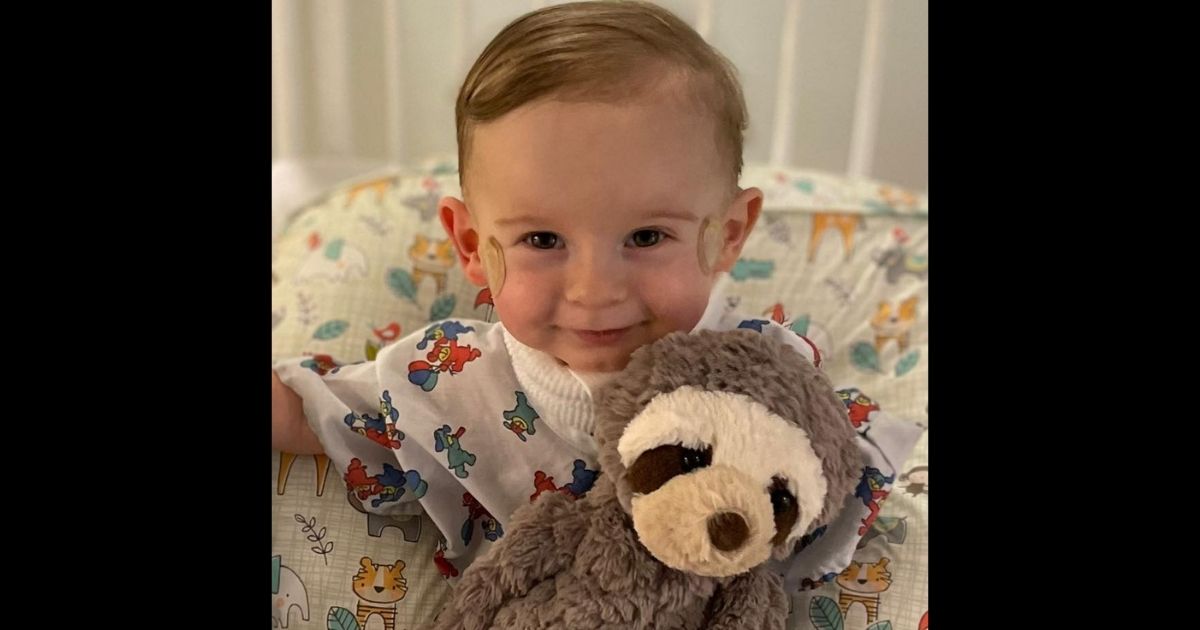 The following article, Family Sends Heartbreaking Request to Cincinnati Zoo: 'Name the Baby Sloth After Oliver', was first published on Flag And Cross.

Little Oliver Nicholson was only with his family for 16 months, but in that time he touched countless lives and made a difference in the world around him.

In January, after surgery to connect his esophagus to his stomach, parents Alex and Alyssa bought him a sloth stuffed animal, which quickly became his favorite.

“He adored that sloth stuffed animal,” Alex told Fox News. “He would sleep with him every night. We had a giant ‘hang in there’ sloth balloon in his hospital room, all of the nurses loved it.

“He was always so calm, and so patient; and so happy to be here.”

Soon Oliver became known for the sloth theme, especially relevant because Oli himself only had two fingers — just like a two-toed sloth.

For months the family endured uncertainty as to Oli’s future, but they were told after the surgery that they were in the clear.

It came as a total shock to everyone when Oliver suffered a complication during a routine medical procedure that ended up taking his life on Feb. 17.

After such an unexpected and devastating loss, Alex and Alyssa are honoring him by sharing his story and hoping to make people more aware of the struggles faced by those who face VACTERL.

“We said, ‘how do we continue Oliver’s legacy?’ By spreading awareness about his condition,” Alex said.

During the funeral, many who knew about Oli and his beloved sloths mentioned another way to honor the young boy: The Cincinnati Zoo’s two-toed sloth, Lightning, was about to have a baby. What better way to celebrate Oli’s life than to have his favorite animal named after him?

“Everyone was saying it was a sign and speculating that it would be named after Oliver,” reads the change.org ‘Name the baby sloth after Oliver’ petition the family set up at the request of friends. “We later found out that Lightning was a two-toed sloth which sort of resembled Oliver’s one hand with only two fingers.

“We had his ‘hang in there’ balloon above him and buried him with a lovey sloth.”

“It just seemed like a pretty crazy coincidence,” Alex acknowledged. “He loved his stuffed sloth. That’s where it sparked the idea.”

The petition has gotten close to 50,000 signatures, but so far the zoo’s keeping mum about the name choice — though they have confirmed they’ve seen the Nicholson’s request.

“We’re at 46,530 signatures!” the page set up for Oli and Atti shared on Aug. 14. “We’re slowing down but we never even imagined getting this far. Thank you to everyone. Hopefully soon the baby sloth will be here.”

While the family waits to see what the baby sloth name verdict will be, Alex knows that his son’s life was incredibly meaningful, whether or not the zoo picks up his name.

“He was here for 16 months, he left us very soon and he left me with more life lessons than I could have ever taught him — it had to be so that I could help others I think that’s how we feel.”