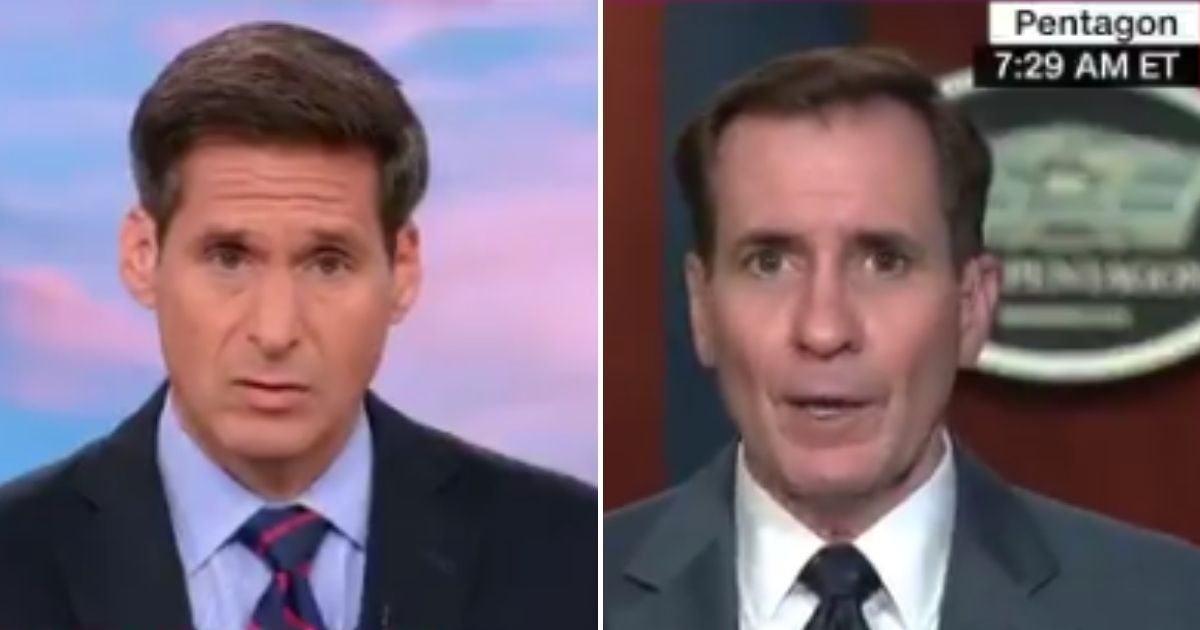 The following article, Biden Admin Admits It Will Not Help Americans Trapped in Afghanistan Get to Airport for Evacuation, was first published on Flag And Cross.

American lives are in danger in Afghanistan, and the U.S. has no plans to save them.

The threat to Americans has only intensified due to the disastrous pullout of Afghanistan amid the Taliban’s resurgence — a move that reiterates the Biden administration’s ineptness.

On Tuesday, House Republicans called out the administration for its mishandling of the situation by emphasizing the fact that it has “no plan” to help Americans in Afghanistan get to the airport safely.

The account shared a video of Pentagon press secretary John Kirby from his CNN appearance in which he detailed what’s going on at the airport in Kabul.

Biden Administration spokesman John Kirby told CNN this morning that the Administration has no plans to help Americans hiding in Afghanistan get to the airport to be evacuated. pic.twitter.com/v652nlTljt

“What is the plan to get these people to the airport?” CNN host John Berman asked in the video.

“First of all, from a military perspective, John, our focus is at the airport,” Kirby responded.

“We’re working hand-in-glove with the State Department in terms of supporting their plans at processing these individuals. But, again, that’s something that we’re going to be doing on a case-by-case, day-by-day basis.

“Right now, though, I don’t want to set the expectation that we are equipped and able to go out into the countryside and physically move people into Kabul. Our focus right now — the troops that we have there are at the airport. The idea is to make sure we can get that — the air operations not only have they resumed, but they keep them in place for as long as possible.”

“If they can’t get to the airport, what does it matter if you have the capabilities to get them out from the airport?” Berman asked.

“Right now, the airport is open, and people are able to get through the gates there. There’s a processing process that actually has to occur, but right now, things are moving out of the airport, and again our focus is on making sure that continues.”

Long story short: They have no plan.

We can see it in the way he maneuvers around the question.

Americans stuck in Afghanistan don’t want to risk encountering the Taliban on their way to the airport. Because of this, we could reasonably expect the U.S. military to interfere on these Americans’ behalf.

However, that doesn’t appear to be the plan.

The Pentagon already elected to send additional troops to the region to help evacuate the U.S. Embassy in Kabul, and, in recent days, we’ve seen the embassy evacuation underway — an event that has been infamously compared to the 1975 evacuation of the Saigon embassy amid a Vietcong takeover.

How does this ordeal translate to the Americans hiding in Afghanistan, living in fear of Islamic militants while waiting for their government to intervene and save them?

Better yet, how does the image translate to the world?

It’s inept, sickening and saddening, and the implication is that America’s role as a superpower is a role that is soon to be stripped.

Continue reading: Biden Admin Admits It Will Not Help Americans Trapped in Afghanistan Get to Airport for Evacuation ...