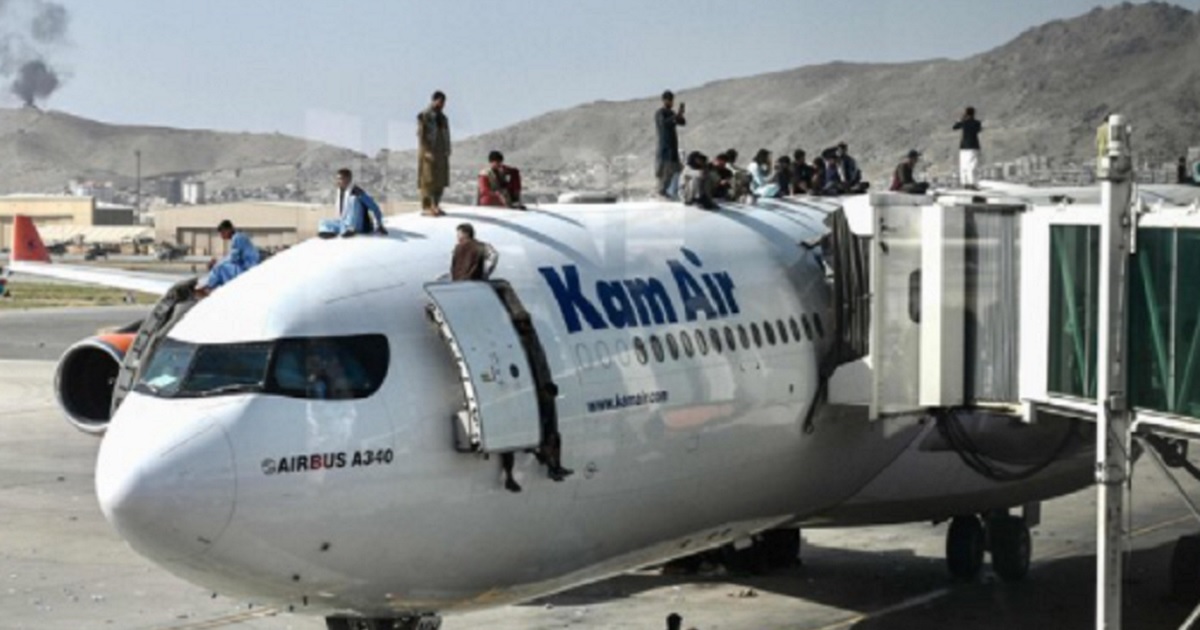 Chaos in Afghanistan continues to escalate, with reports indicating that U.S. soldiers opened fire at Kabul airport on Monday.

Following the Biden administration’s decision to withdraw all forces from the country, Afghan citizens began flooding the airport, hoping to escape the impending Islamic regime.

One source from within the Pentagon told CNN that, amidst the pandemonium, American forces shot and killed two armed men at the airport.

Officials then told CNN that they believe the shooting was an isolated incident and are unsure as to whether or not the armed men were Taliban.

Also, those officials relayed an unconfirmed report that one American soldier was wounded by gunfire in a separate incident at the airport.

An additional witness told CNN that the two men who were shot were, in fact, members of the Taliban and that a third fighter was injured as well.

According to this witness, “Taliban fighters shot into the air to try to clear the gate and that the U.S. military fired back, killing two of the men and injuring a third.”

CNN noted that it has been “unable to independently verify the three men were indeed members of the Taliban.”

Afghans aren’t the only ones left scrambling by the Biden administration’s decision to pull out, however.

American citizens stuck in the country — possibly 10,00 of them, according to The New York Times — have been compromised as well.

As reported by CNN, all U.S. Embassy staff are now at the Kabul airport as Pentagon officials attempt to evacuate them.

But in images posted to social media, the airport itself sometimes appeared near anarchy.

Afghan people climb atop a plane as they wait at the Kabul airport amid rapid Taliban advances in the city. https://t.co/JywMqGHCr1 pic.twitter.com/FRTIxDG3VV

On Sunday, the State Department told Americans stranded in Kabul that their best chance of survival is to hide.

“The security situation in Kabul is changing quickly including at the airport. There are reports of the airport taking fire; therefore we are instructing U.S. citizens to shelter in place,” the embassy website stated.

On Thursday, State Department spokesman Ned Price said that there was no plan for evacuation from Afghanistan in place.

“This is not abandonment. This is not an evacuation. This is not the wholesale withdrawal. What this is (is) a reduction in the size of our civilian footprint,” Price told reporters, according to ABC News.

“The embassy remains open and we plan to continue our diplomatic work in Afghanistan.”

The photo of the people on the Airbus A340 remind me of people riding on the top of buses in various countries. I hope these Afghanis don’t think they can do that on a jet aircraft.

I wonder who is left at the embassy? A few janitors, told to “shelter in place”? Is Ambassador Adela Raz still in Kabul, or did she sneak out, leaving 10,000 Americans behind? I’m sure Biden had a plan in place for protecting those 10,000 Americans, right?