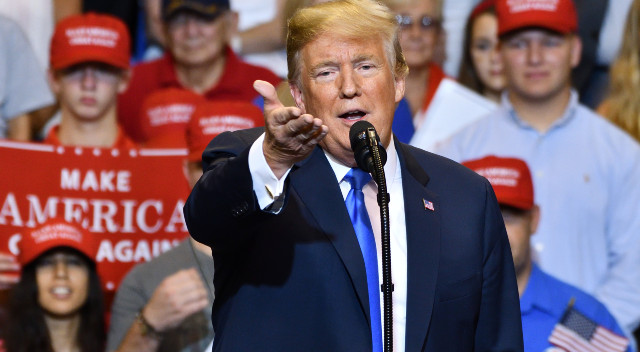 The following article, Trump Obliterates Biden: ‘Must Resign in Disgrace’, was first published on Flag And Cross.

If you thought that Donald Trump was blunt, bold, or bombastic during his time in office, just wait until you get a load of his latest scathing take on the work of Joe Biden.

His latest irate response took aim at current US President Joe Biden’s decision to expedite an American troop withdrawal from Afghanistan that has now led to the fall of that nation to the Taliban.

Trump was absolutely savage in his assessment of the situation.

Former President Donald Trump called on President Joe Biden to “resign in disgrace” on Sunday amid the U.S. troop withdrawal from Afghanistan and the Taliban’s takeover of the country.

After about a weeklong military surge that led to the Taliban capturing nearly all of Afghanistan, Taliban forces closed in on Kabul on Sunday, prepared to take over the capital and declare the Islamic Emirate of Afghanistan.

Trump was sure to get a 2020 election comment in there as well.

“It is time for Joe Biden to resign in disgrace for what he has allowed to happen to Afghanistan, along with the tremendous surge in COVID, the Border catastrophe, the destruction of energy independence, and our crippled economy,” Trump wrote in a tweemail. “It shouldn’t be a big deal, because he wasn’t elected legitimately in the first place!”

The statement by the former President caused “resign in disgrace” to trend on Twitter on Sunday night, as likeminded Americans took to social media to express their displeasure with the situation in Afghanistan.