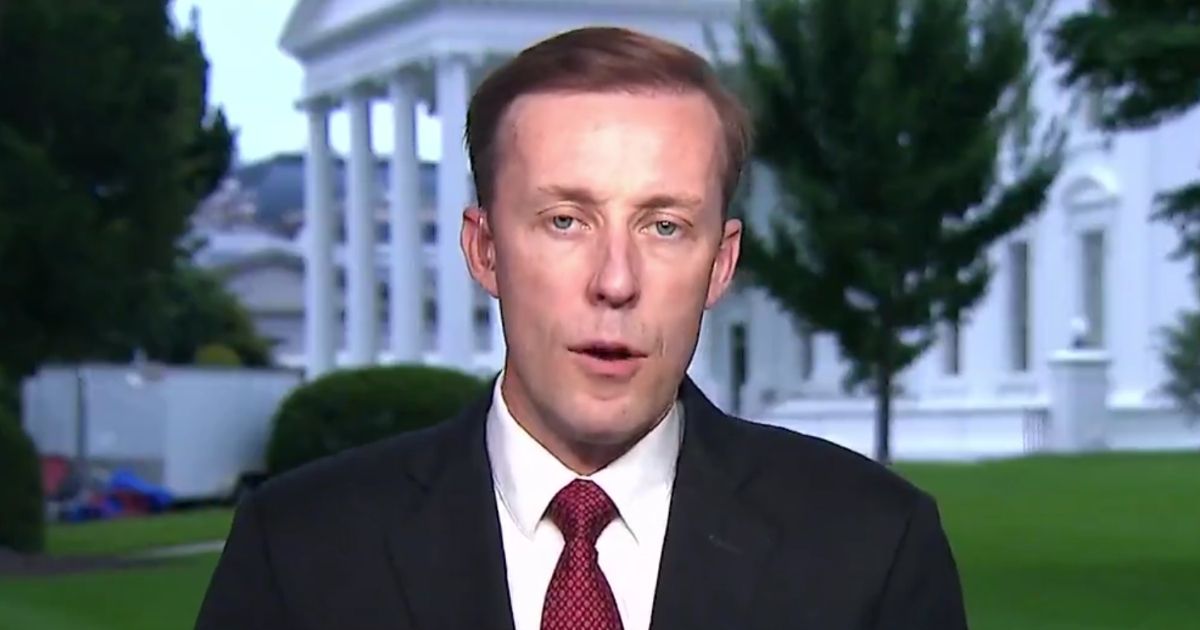 Speaking on ABC News, Sullivan chided the Afghan army for failing to “step up and fight for their country” as the Taliban took it over.

“The president did not think it was inevitable that the Taliban were going to take control of Afghanistan,” he said.

In one-on-one with @GStephanopoulos, White House national security adviser Jake Sullivan placed blame for the speed of the Taliban takeover on the Afghan national security forces for decision “not to step up and fight for their country.” https://t.co/J8jrrLfCqI pic.twitter.com/3fpf2NuGOq

Sullivan defended Biden’s decision to withdraw the troops, saying that what the commander in chief “was not prepared to do was enter a third decade of conflict, flowing in thousands more troops, which was his only other choice, to fight in the middle of a civil war that the Afghan army wouldn’t fight for itself.”

“He would not do that to America’s men and women or their families, and that is why he made the decision to withdraw U.S. forces from Afghanistan this year,” he added.

The Afghanistan capital city of Kabul fell to the Taliban on Sunday, just over one week after U.S. troops withdrew, underscoring one of the worst American foreign policy debacles since the Vietnam war. https://t.co/UCMPynNWu8

Pressed by host George Stephanopoulos on whether the Taliban takeover took the Biden administration by surprise, Sullivan conceded that the offensive “certainly unfolded at unexpected speed.”

Thousands of American allies seem to be stranded in Afghanistan, and it remains unclear what the administration is doing to evacuate them.

Sullivan told Stephanopoulos that the Biden administration had planned for a “wide range of contingencies” but declined to share details of those plans with the public.

“We believe that we can effectuate an ongoing evacuation of American citizens, of Afghans who worked for us, including interpreters and translators and other vulnerable Afghans at risk,” Sullivan said.

President Biden’s withdraw in Afghanistan has been recklessly negligent. We must do more to save stranded American citizens. pic.twitter.com/vfUefrRXUp

“We’re working to do that first by securing the airport today and then in the days ahead by taking people out one flight at a time, flight after flight,” he said.

Biden will address the nation “soon,” Sullivan added, and will respond to criticism from both Republican and Democratic lawmakers.

Sullivan echoed other high-ranking Biden administration officials who have also admitted that they were surprised by how quickly the Taliban took over Afghanistan.

“We’ve seen that that force has been unable to defend the country, and that has happened more quickly than we anticipated,” Secretary of State Antony Blinken told CNN on Sunday, per The Associated Press.

Similarly, Democratic Sen. Chris Murphy of Connecticut — who is on the Senate Foreign Relations Committee — conceded in an interview that “the speed is a surprise.”

In July, Biden described the possibility of the Taliban taking control of the Afghan government as “highly unlikely.”