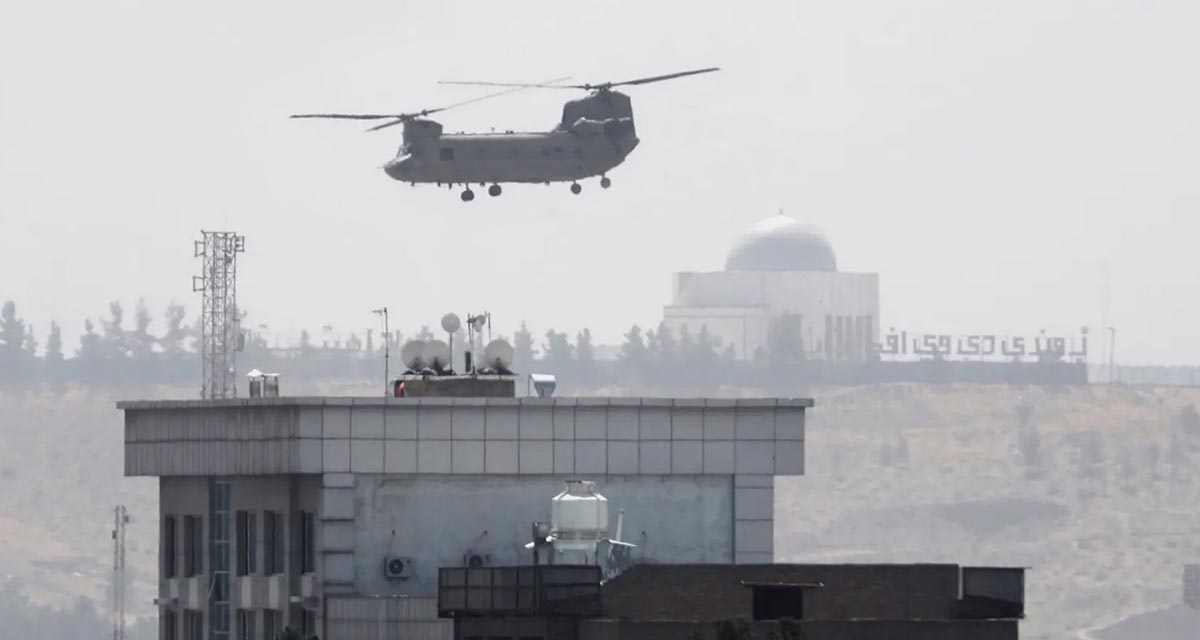 The following article, Biden Blasts Comparisons to Vietnam as Helicopters Land on Kabul Embassy Roof Just Like Saigon, was first published on Flag And Cross.

Biden is suffering one of the worst embarrassments in presidential history as every prediction and move he has made in Afghanistan has sent innocent Afghanis to their deaths as the Taliban takes over.

Indeed, only weeks ago Biden was insisting that the pull out of personnel from the U.S. embassy in Kabul would not be like the fall of Saigon in 1975 when our embassy workers had to be rescued from the rooftops with army helicopters.

For instance, on July 8, Biden said, “There’s going to be no circumstance where you’re going to see people being lifted off the roof of a embassy of the U.S. from Afghanistan.”

By Sunday, army helicopters were landing on the roof of our embassy in Kabul, just like they did in Saigon in 1975.

Biden has literally been wrong about every single thing he has said and done for Afghanistan.

During that same conference, Biden was asked if the Taliban takeover of Afghanistan was inevitable. Biden scoffed at the idea.

Biden also insisted that the U.S. Intel community had definitely not warned that the Afghan army could collapse quickly putting the government and citizens in danger if the U.S. pulled out quickly.

“Afghan government leadership has to come together. They clearly have the capacity to sustain the government in place,” Biden assured the press in July.

Then he tried to blame Trump for the situation as it appeared in July.

In weeks after July 8, Biden carried out his policy of pulling American forces out of Afghanistan. And despite his claims that the Afghan government could stand up to the Taliban, everything Biden said was wrong.

This is a failure of epic proportions.

The Taliban is now set to take over the entire country. Biden has sent the people of Afghanistan into a hell on earth.

And, just where IS Joe Biden during all this?

Why, on vacation, of course.