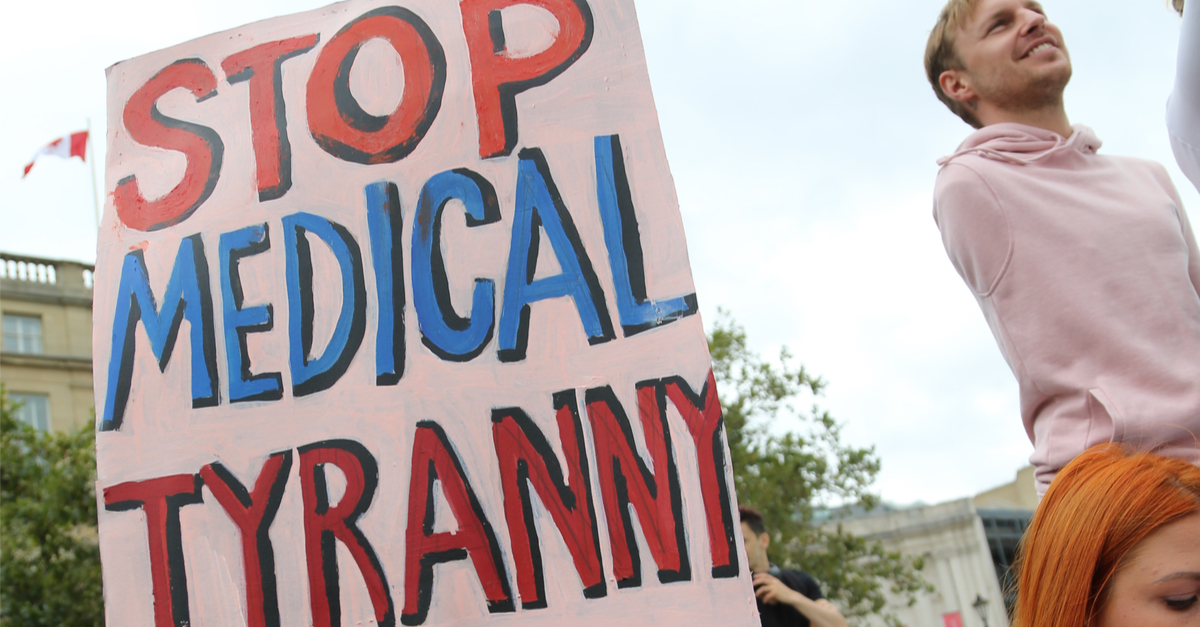 The following article, Vaccine Demonstration Turns Violent as Anti-Jab Crowd Gets Stab-y, was first published on Flag And Cross.

The ugliest argument that anyone in America can get into these days has to do with the COVID-19 vaccine, and whether or not the government has any right to tell you whether or not you should be receiving one.

On on hand, there is the idea that these vaccines could save untold lives, should we be able to reach “herd immunity”.  One the other hand, however, are a number of freedom advocates who fear that the government could soon decide that these jabs should be mandatory, as many employers already have.  Furthermore, the speed at which these jabs were developed was far too quick for comfort, making some Americans even more hesitant.

This dichotomy erupted in California this week, where a crowd of vaccine advocates and counter-protesters turned violent.

One person was stabbed Saturday outside Los Angeles City Hall during dueling protests by pro- and anti-vaccination demonstrators.

The victim, described by police as male, was treated by fire department personnel, the Los Angeles Police Department said on Instagram.

“No arrests have been made but investigation is on going,” the department tweeted.

The afternoon demonstrations included a “choose freedom march against medical tyranny” gathering on the right side of the political spectrum and a “no safe space for fascists” rally on the left.

The impetus of the protest was a recent declaration by embattled California Governor Gavin Newsom, who decreed that public school staff will be required to be vaccinated before school returns.