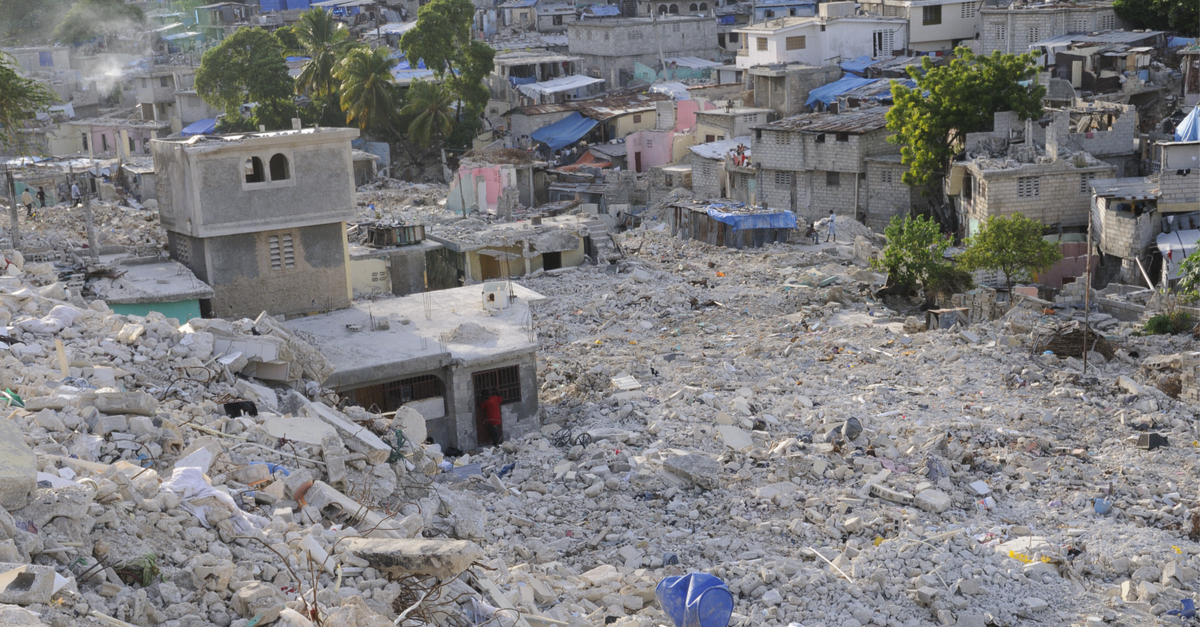 The following article, SEE IT: Unbelievable Carnage in Haiti After Enormous Earthquake, was first published on Flag And Cross.

In the tiny nation island of Haiti, there is incredible disarray and despair today.

An enormous earthquake has shaken the tropical calm, bringing down buildings on top of their occupants, and conjuring chaos in the streets.

A powerful magnitude 7.2 earthquake struck southwestern Haiti on Saturday, killing at least 304 people and injuring at least 1,800 others as buildings tumbled into rubble. Prime Minister Ariel Henry said he was rushing aid to areas where towns were destroyed and hospitals overwhelmed with incoming patients.

The epicenter of the quake was about 125 kilometers (78 miles) west of the capital of Port-au-Prince, the U.S. Geological Survey said, and widespread damage was reported in the hemisphere’s poorest nations as a tropical storm also bore down.

Haiti’s civil protection agency said on Twitter that the death toll stood at 304, most in the country’s south. Rescue workers and bystanders were able to pull many people to safety from the rubble. The agency said injured people were still being delivered to hospitals.

Initial estimates of the damage were so intense that a one-month state of emergency has already been declared.

Social media users were awestruck by the calamity.

Haiti has been hit by another deadly earthquake, killing at least 304 people and injuring more than 1,800https://t.co/OTU3uDdkRd pic.twitter.com/3bsWaNZcUl

Hundreds were killed or injured, and more are missing after a major earthquake struck southwestern Haiti, reducing churches, hotels and homes to rubble https://t.co/SMIURCYsZY pic.twitter.com/PClHUOHxnL

And then, to make matters even worse, it appears as though a major storm system could arrive in the next few days.

The latest on #Fred #Grace and impacts rescue efforts in #Haiti @GMA pic.twitter.com/JQNndxraMk

President Joe Biden has already authorized immediate help for the people of Haiti.