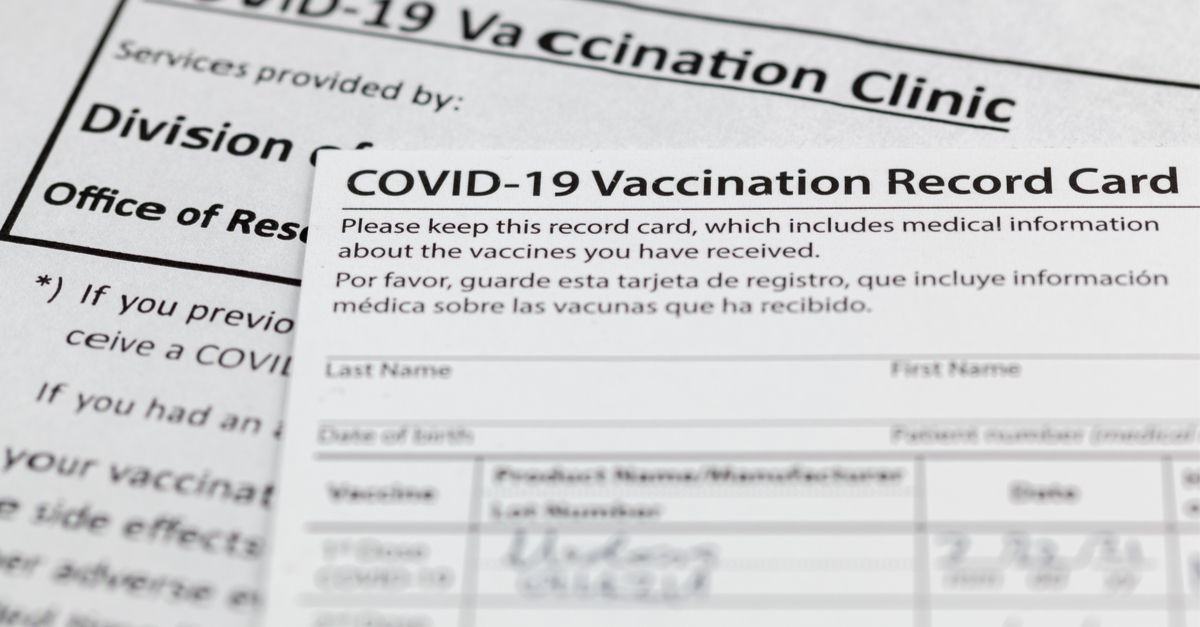 In America today, a grand debate is raging over the necessity of coronavirus vaccines, and it has left many of us wondering just how widespread any future mandates could be.

Liberal cities such as New York have already begun demanding that citizens prove their vaccination status before heading into bars, restaurants, and other gathering places, and a number of venues from coast to coast are either requiring vaccine passports or segregating the unvaccinated from the general population.

Of course, capitalism is very fond of finding solutions for situations like this, and the Department of Homeland Security is now worried about some shady entrepreneurs who are looking to make a buck while bucking the system.

On Thursday, New Orleans announced that anyone wanting to enter a bar, restaurant, gym, or concert will have to show proof of a COVID-19 vaccination or a recent negative coronavirus test, WDSU reports.

Then, in a direct response:

On Friday, customs officers said they had intercepted a shipment of fake cards on their way to the city. The 51 cards came from China, Department of Homeland Security officials said, and were seized at a port in Memphis, one of 15 shipments caught in one night.

And they were bold, too.

The packages aren’t hidden inside something else or otherwise concealed, officials said. “Sometimes the manifests describe the shipments as ‘Paper Greeting Cards/Use For-Greeting Card,'” a DHS statement said, “sometimes they are ‘PAPER PAPER CARD,’ but they are always from China.” The cards are “low quality,” officials said, complete with typos and misspellings.

The idea of typos on a vaccination card conjures a sad reality of the whole “proof of vaccine” plot:  You could flash any official-looking wallet card at an underpaid door-guy at the local watering hole and breeze on by.  He’s not going to be checking for misspelled words.

There won’t be any real scrutiny of these cards in the wild, and so the gravity being placed on them is disproportionate to the umpteenth degree.