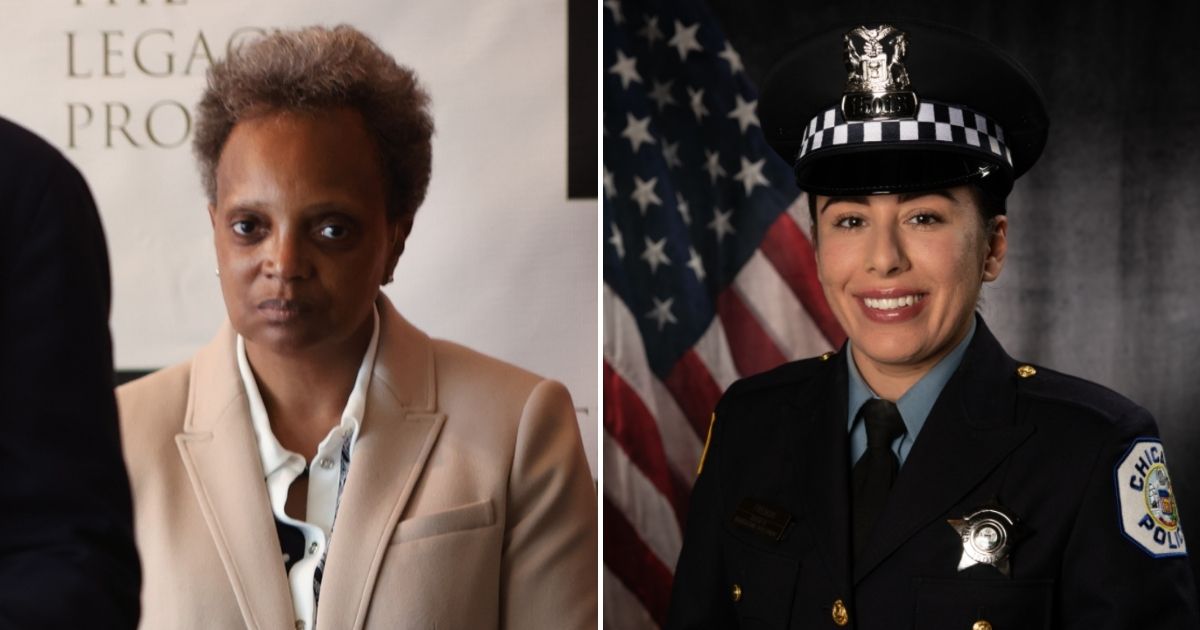 Democratic Chicago Mayor Lori Lightfoot mispronounced the name of a slain female police officer in her city on Thursday, just days after the brave woman was killed in the line of duty.

Some of Chicago’s leaders have made it clear since last spring that they are as anti-police as the mobs which upended urban life last summer. Still, a lot of great cops have managed to stay on the job, despite them becoming the subject of a vicious, nationwide smear campaign.

While the Democrats’ “defund the police” movement is losing steam, cops are still faced with more challenges than they were just a little over a year ago. The country’s political climate has left violent people feeling emboldened to be more violent than ever.

There is any number of small steps that the leaders of the country’s most dangerous cities take to show police officers they care about them amid a crime surge brought on by a year of their own anti-cop rhetoric.

They could keep in place their budgets, give them adequate backup and support them when they have to make judgment calls no person wants to make — like shooting an armed suspect.

One other step which could be taken by Democrats in these cities, and which would go a long way, would be to simply remember the names of those who paid the ultimate sacrifice.

Ella French, a brave 29-year-old Chicago police officer who was gunned down last week during a traffic stop, paid that sacrifice.

We will #NeverForget the true bravery she exemplified as she laid her life down to protect others.

Please hold her family, loved ones and fellow Chicago Police officers in your thoughts as we grieve the loss of this hero. pic.twitter.com/kEUlNTv0Z4

But French wasn’t important enough for Lightfoot to remember. The Democrat couldn’t even be bothered to recount her name accurately on Thursday evening.

Lightfoot called the woman’s murder a “tragedy,” but referred to her as “Ella Franks.”

Thank God police officers in urban areas serve communities, and not the immoral cretins who govern and command them. It’s tragic when a cop, especially someone so young, is killed in the line of duty. That tragedy is compounded when those who created the violent culture of the city make it crystal clear they don’t care.

The insults from Lightfoot and Brown came days after French was already disrespected in death by CPD First Deputy Police Superintendent Eric Carter.

As the Mail reported, when French was killed, police officers in the city were prepared to line up and customarily play bagpipes for her as her body was transported by an ambulance to the medical examiner’s office.

What did Carter think about the sacred sendoff? Per the Mail, he put a stop to it, and reportedly said, “We don’t have 20 minutes for this s**t.”

Why can’t this young woman get a single ounce of respect in death from those whose job it was to create policies which would have kept her and other officers safe? French has been as let down in death as she was while she was alive.

French spent this year and last year policing the streets of Chicago. What was Lightfoot doing during that time?

The mayor was calling for French to be defunded.