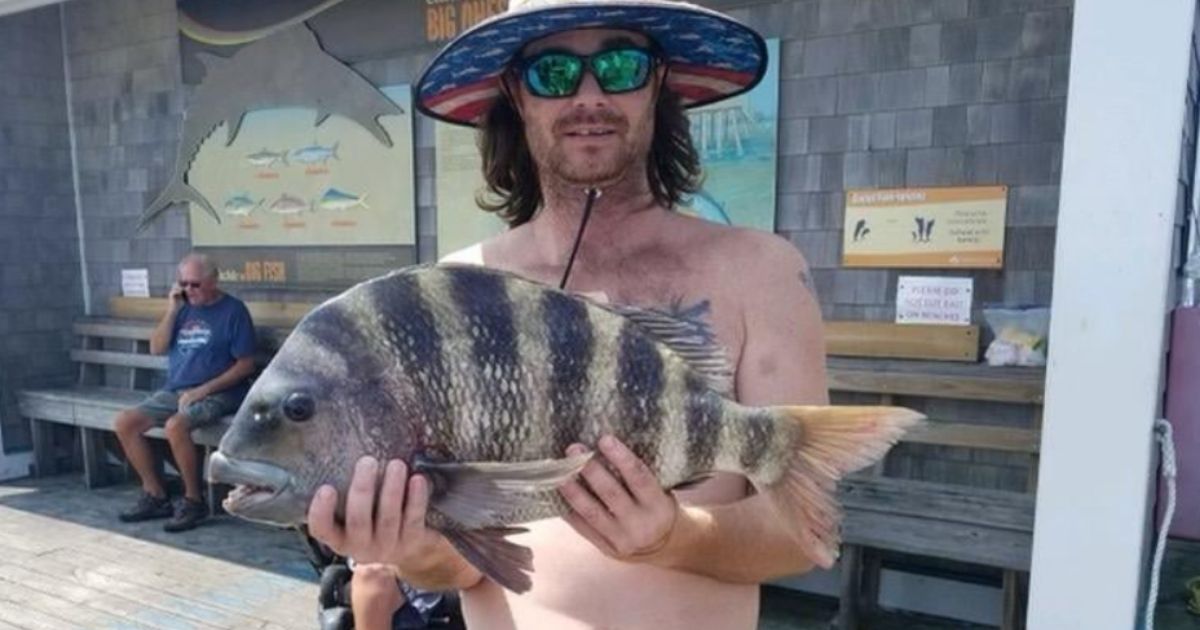 The following article, Angler Catches a Strange Fish, Opens Its Mouth to Reveal Unsettling Rows of Human-Like Teeth, was first published on Flag And Cross.

The ocean can be a mystifying place.

As much as we know about the world around us, and how it came to be, the deepest depths of the oceans can be an unknown.

Fortunately, some of these mysteries have a pleasant ending.

Jeanette’s Pier in Nag’s Head, North Carolina, posted what at first glance seems to be a normal fish. However, upon closer inspection, the fish’s teeth are revealed to be startlingly human:

It is somewhat unsettling, but I must admit, the cool factor cannot be denied. When I, as a little boy, wished that Aquaman was real, this was not the result I was expecting!

Here in Dallas, it can be rare to find fish beyond freshwater bass or catfish, so I immediately wondered what kind of fish it could be.

Many Facebook commenters wondered the same thing, with some comparing the mystery fish to a human/fish hybrid, or in the case of one individual, their sister-in-law.

The Post, citing information from Scientific American, identified the fish as a sheepshead. They normally weigh 5 to 15 pounds and are found year-round in North Carolina’s coastal waters.

The reason their teeth are so similar to those of humans is because sheepsheads, too, are omnivores. Ironically, they are an item on the menu at many dinner tables throughout the country.

According to the Edible Ocean, a blog run by trained chefs, sheepshead — as a result of the heavy presence of shellfish in their diet (which also necessitates their manlike chompers) — have a slightly sweet flavor, comparing favorably to flounder.

They are notoriously hard to clean, but once the filets are in order, they can be successfully seared, pan-fried or baked.

All three methods are equally delicious.

I’m a sucker for seafood, so it doesn’t matter to me how ugly the fish looks or how human their teeth are. If I see a nice, pan-fried sheepshead filet in front of me, I’m going to try it.

Frankly, it’s refreshing that this oddity has a perfectly innocuous cause.

Normally, these types of stories are blamed on thermonuclear radiation or some other cause that conservatives would undoubtedly be blamed for, and it’s hard to enjoy the absurdity of Earth in those situations.

So, if you’re fishing along the North Carolina coast, don’t be surprised to see a sheepshead on your line. The fish makes both a great photo and a great meal.