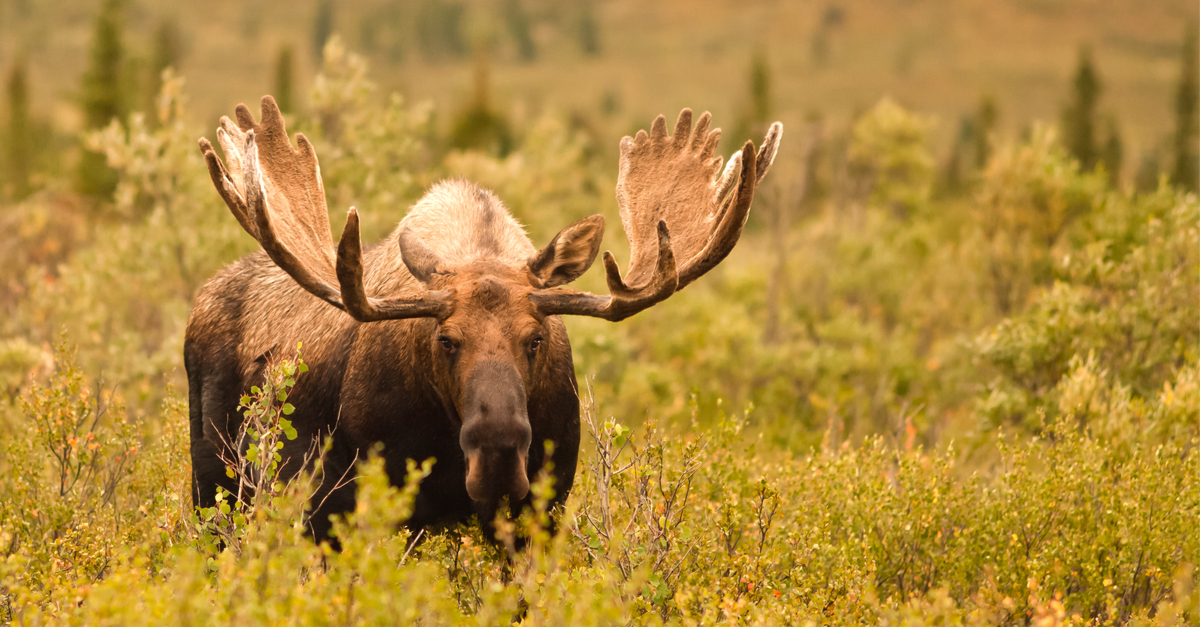 The great swaths of wilderness that stripe our nation are both awe-inspiring and demanding of our respect, for around each twist of the trail, a new threat could be lurking.

Venomous snakes.  Bears.  Wolves and big cats.  There are no shortage of creatures that can turn a good day into your last, but one of the most dangerous of our outdoor threats comes not from a carnivore, but from the almighty moose.

In parts of the country where moose don’t live, there appears to be an ill-conceived perception of the creatures as gentle forest dwellers who lazily chomp on grass in between getting shot at by trophy hunters.  Also, in these moose-less parts of the country, some seem to think of these animals as slightly larger than your average White Tail Deer.  This is simply not true.

Furthermore, there’s nothing “gentle” about moose.  In fact, these are some of the more aggressive animals that you’ll find in their ecosystems, and they certainly aren’t afraid of people…as one frightened Colorado hiker found out.

A jaw-dropping video from Colorado shows the moment when a massive bull moose suddenly decided to charge at a hiker who had stumbled upon the enormous creature in the woods. The wild scene was shared on social media by Colorado Parks and Wildlife, who used the incident as something of a cautionary tale about approaching wild animals in their natural habitat. “This video shows what can happen when you are too close to a bull moose,” they wrote, “and how quickly they can decide to charge on you.”

The department’s post went on to explain that the person behind the camera “came upon the bull while walking along a willow bottom heading towards a lake in Clear Creek County.” The awestruck individual apparently then pulled out their cell phone and began filming the creature, which was largely obscured behind a tree, from only a few feet away. Although the scene seems peaceful at first, as soon the moose appears to catch sight of the hiker, it quickly drops its head and charges towards the camera.

The video has to be seen to be believed.

Thankfully, the quick thinking hiker was able to duck behind a tree, into which the irate bull rammed, ringing his own bell and sauntering off.