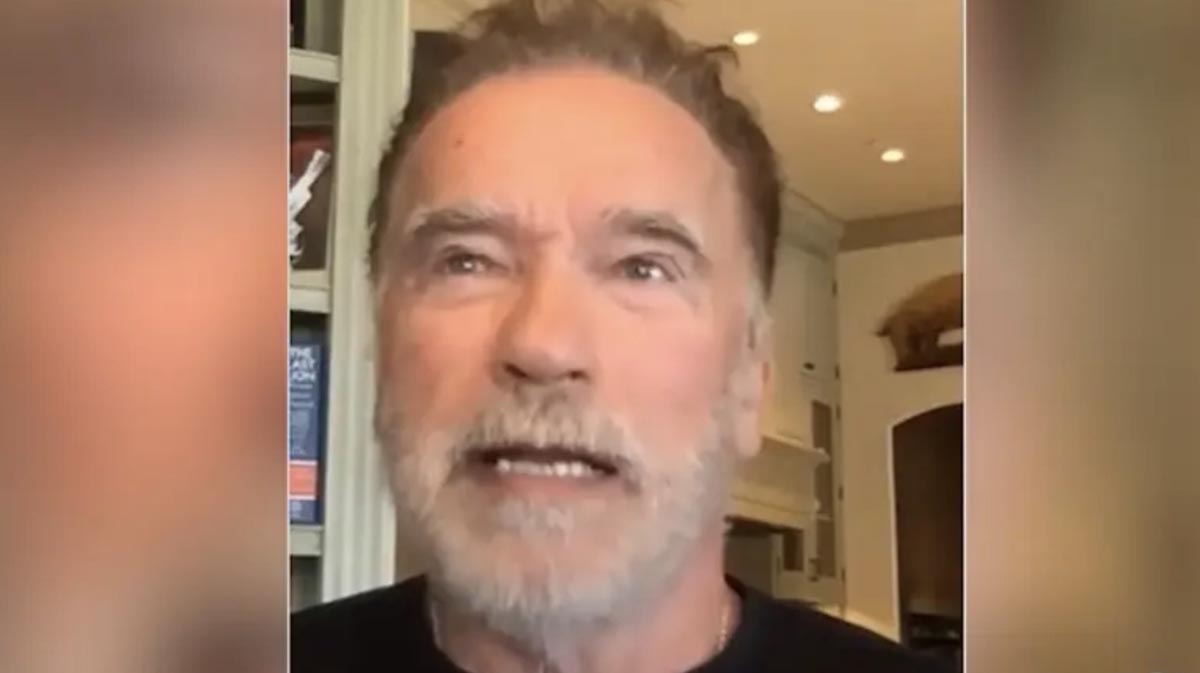 The following article, Watch Arnold Scwhwarzegger Say ‘Screw Your Freedom’ in Attack On Non-Mask Wearers, was first published on Flag And Cross.

Action star Arnold Scwhwarzegger says “screw your freedom” to those of you who oppose mask wearing because there is no science behind wearing them to prevent viral infections.

The aging tough guy actor has gone farther left every day since his failed stint as California’s governor. And now he has gone so far left that he even stands against freedom, of all things.

I guess you can’t take the Nazi out of the Austrian.

The Terminator exclaimed that you are a “schmuck” if you won’t wear a mask.

“So this is why I think we all have to work together on this. The only way we can kick this virus is — again if we do like I suggested earlier about politics — you have to come together rather than fighting and always just saying ‘This according to my principles, this is a free country and I’m gonna have the freedom to wear no mask,’” Schwarzenegger continued, and said “You have the freedom to wear no mask but you know something? You’re a schmuck for not wearing a mask” before adding: “I don’t want to villainize anyone.”

“Screw your freedom,” Schwarzenegger said before going so far as to liken mask mandates to traffic laws. “You cannot say, ‘No one is going to tell me that I’m going to stop here, that I have to stop at this traffic light here. I’m going to go right through it.’ Then you kill someone else, and then it is your doing.”

This is not the first time that Arnold has pushed useless mask wearing.

Schwarzenegger has pushed masks since the beginning of the pandemic. Last June, shortly after California Gov. Gavin Newsom (D) ordered all citizens of his state to wear masks outdoors or in public places, Schwarzenegger said only an “absolute moron” would make masking political by refusing to wear one.

“This is 100% the right move,” he tweeted at the time. “This will help us beat this terrible virus. The science is unanimous — if we all wear masks, we slow down the spread and can reopen safely. It’s not a political issue. Anyone making it a political issue is an absolute moron who can’t read.”

This is 100% the right move. This will help us beat this terrible virus. The science is unanimous – if we all wear masks, we slow down the spread and can reopen safely. It’s not a political issue. Anyone making it a political issue is an absolute moron who can’t read. https://t.co/N0FmCwDU5w

Arnold’s muscles may still be strong, but his brain is mush.