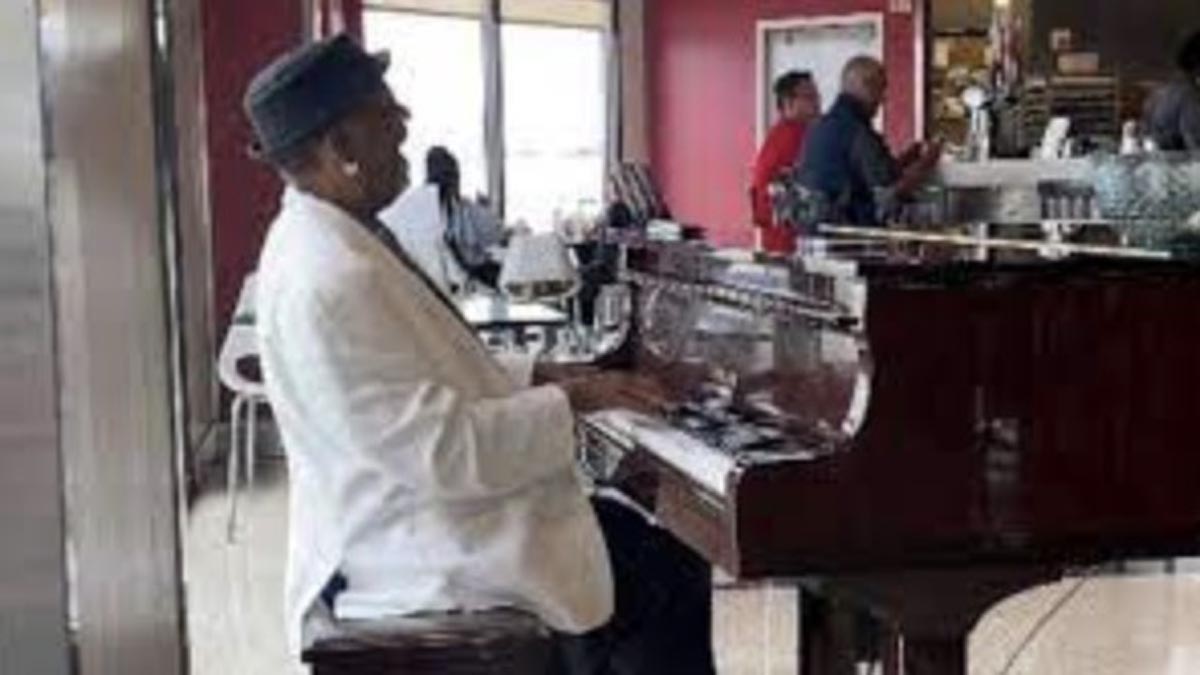 The following article, Stranger Raises Over $60K for Airport Piano Player in Amazing Outpouring of Kindness, was first published on Flag And Cross.

An airport piano player got the surprise of his life when a stranger raised over $60,000 for him as a tip for entertaining the masses.

Tonee “Valentine” Carter was hired to play in a piano bar in Concourse A of Hartsfield-Jackson Atlanta International Airport. It is usually a thankless job, one few people pay much attention to as Carter plays and people scurry on about their business.

But Carter was surprised when one man truly heard Carter’s music.

Carlos Whitaker happened to be in the bar on July 21and struck up a conversation with Carter as he played his tunes. But after the discussion, Whitaker decided to share his experience with his 220,000 Instagram fans. And things went big after that.

Within hours, Whitaker and his social media followers had raised more than $60,000 in tips for the entertainer.

“He asked me if I had any hope in humanity, and I said no, [but] I do now,” Carter, 66, told Fox 5 Atlanta. “When people do things like that, total strangers and they hear my story and they want to give me a gift like that. Thankful is inadequate. I want to give back and help people like he’s doing.”

“I’m going to be helping people for years to come,” Carter said. “God made me a steward of that money and I ain’t letting him down.”

“My speaking event in Memphis got canceled so I had to reroute back home, which is why I ended up being in Atlanta for like an hour-and-a-half,” Whittaker explained. “I used to be a musician. I was the opening band for a bunch of bands and nobody ever paid attention to me. So when I saw that nobody was really listening to him, my heart was like, ‘Ah, I get it.'”

Eventually, the tips hit $61,000 — an amount that Carter told GMA made him “overwhelmed” and caused him to start “bawling again.”

“I just wanted to let him know that I was listening to him and that somebody sees him,” he added.

Needless to say, Carter was overwhelmed by the gift. But he isn’t keeping it all.

With the money, Carter said he plans on getting an oil change for his car and then donating the rest to make quarterly donations to the American Kidney Foundation, GMA reported.

“That money’s not mine,” he said. “I’m going to be paying it forward.”

We need more of that. Great feel good story.