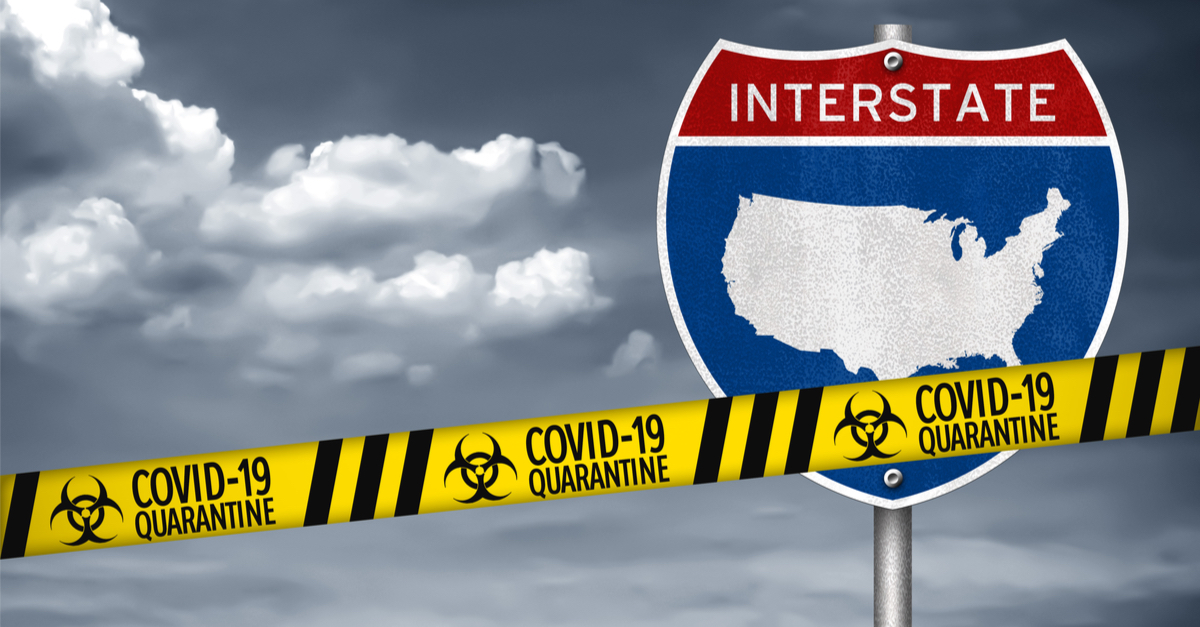 There have long been fears of some Orwellian hellscape looming just around the next political corner in this country.  We’ve been free so long that we’ve almost forgotten what it’s like to be under the thumb of a ruling class, and we’ve let our guard down.

Big Brother, and Big Sister too, are now beginning to position themselves in currents of power and wealth that can last for generations, squeezing Americans into ever-tighter boxes, like the pathetic cattle that we see on factory farms.  Eyes dull with hopelessness, performing a perfunctory task that keeps them alive for no other reason at all than to simply survive.

And this is why so many fears of authoritarianism arose during the early stages of the coronavirus pandemic, knowing that it’s a slippery slope to 1984 once we start giving an inch.  It’s even worse once they realize that we already know we can’t protect the mile they’re going to take.

Now, with these fears rising in tandem with the delta variant, President Joe Biden is suggesting something unnerving.

President Joe Biden is weighing vaccines mandates for interstate travel, according to the Associated Press (AP) on Thursday.

“Still, while more severe [coronavirus] measures — such as mandating vaccines for interstate travel or changing how the federal government reimburses treatment for those who are unvaccinated and become ill with COVID-19 — have been discussed,” the AP writes, “the administration worried that they would be too polarizing for the moment.”

And this isn’t the first time Biden has been somewhat militant about vaccines:

Meanwhile, Biden’s push to have private business mandate masks continued Wednesday with airline executives. But Reuters reported, “companies have wrestled with the extent of their authority to require shots.”

“Among the concerns is the possibility that companies will be exposed to discrimination lawsuits as they call staff back to their desks after 18 months of pandemic-induced work from home,” the report added.

The idea that the unvaccinated in America could have their travel restricted over a medical choice is befuddling to many conservatives and libertarians, and would likely fuel unparalleled turnout for the GOP in the 2022 midterms.