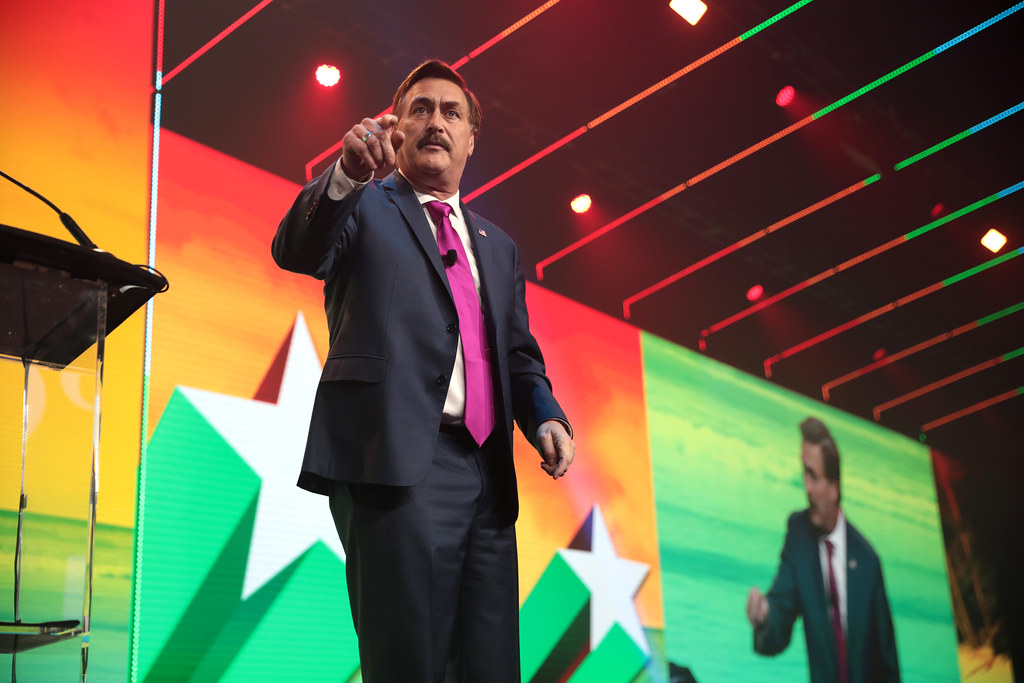 The following article, MyPillow CEO is Assaulted During Cyber Symposium on 2020 Election, was first published on Flag And Cross.

When Donald Trump began to suggest, vehemently, that the 2020 election was “rigged” against him, the usual suspects that surrounded him got to work.  Folks like Rudy Giuliani and Sidney Powell, (not officially a member of the Trump legal team), began crisscrossing the country in an attempt to get their purported evidence in front of a judge.

Much to the chagrin of Democrats everywhere, these attempts all failed rather unceremoniously, leaving Team Trump to exert pressure on the public at large as opposed to relying on the courts.

This is where MyPillow CEO Mike Lindell got involved, believing wholeheartedly that there was some nefarious cyber activity that may have caused Trump to lose.

Now, at a cyber-symposium that he arranged to present his alleged evidence, he has been physically attacked.

Lindell told attendees Thursday morning at an election fraud symposium that he’s hosting in the city that he was attacked at his hotel, the Sioux Falls Argus Leader reported. Lindell said he was in pain and he wants everyone to know about the evil in the world. He didn’t go into details about the incident.

Police spokesman Sam Clemens said in a telephone interview with The Associated Press that officers took a report Thursday morning of an assault in a hotel located near the symposium. He said the assault allegedly took place at 11:30 p.m. Wednesday. No one was taken to a hospital, Clemens said.

Lindell is also facing a massive lawsuit from Dominion Voting Systems, which seeks over $1 billion in damages for Lindell’s alleged “defamation” of the company.