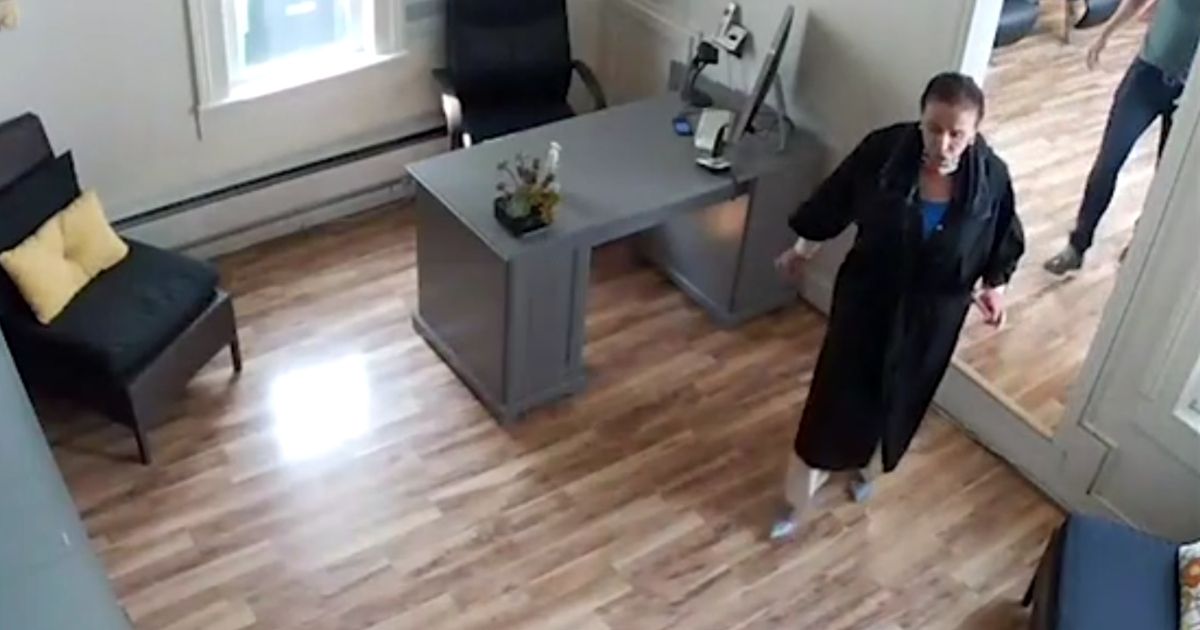 What she calls “leftist politics” destroyed the business Erica Kious built, but it could not kill her spirit.

Kious stood in the national spotlight last year after sharing a video of House Speaker Nancy Pelosi defying mask rules in place at the time, while the speaker was in the salon Kious operated in San Francisco.

The wave of vitriol aimed at Kious that was generated when Pelosi’s hypocrisy was revealed, coupled with the impact of California’s lockdown rules, led to a decision by Kious to close her business after 12 years of operation.

“Masks for thee but not for me!! Former owner of eSalonSF who exposed Nancy Pelosi for her hypocrisy!” her Twitter bio reads.

Kious said she had never expected the business to last forever, but did not expect it to end the way it did.

“I thought if I ever lost my business, I would have lost it in an earthquake,” Kious said Tuesday at Heritage Action’s Save Our Paychecks Tour kick-off event in Fresno, California, according to Fox News.

“Never did I ever think that I would have lost everything I worked for by leftist politics. Gone,” she said.

The Daily Signal reported, based on information from Heritage Action, that nearly 40,000 small businesses closed in California by September 2020, and despite some easing of rules since then, many more have followed suit.

This past weekend, we drove north to support @eSalonSF (Look her up!)

It takes #teamwork to change the world. “I” cannot change the world, but I can make a difference for good in “my” world, resulting in another “small” step in the right direction.

Following the release of the footage, Pelosi claimed that she was the victim of a set-up, which Kious firmly denied.

“I never set her up. That was a lie. I’ve had cameras in there since I opened. I didn’t put them in there, I didn’t turn them on. They’re on all the time,” she said, according to Fox News.

Kious said Pelosi was the customer of an independent stylist who had rented a chair in the salon.

Coming up on the one year anniversary when @SpeakerPelosi made headlines with her blow out betrayal, @eSalonSF‘s Erica Kious recounts the moment she knew to tell her truth.

“I felt like she took a knife and stabbed me in the stomach…I know inside that what she did was wrong.” pic.twitter.com/iWa6tS3qvf

On Tuesday, Kious explained how she felt when Pelosi strolled through the salon without a mask at a time when lockdown rules were slowly eroding the business Kious built.

“I went through the exact footage of her walking through my reception area with no mask,” the stylist said. “I literally felt like she took a knife and stabbed me in the stomach … I know inside me what she did was wrong, completely wrong.”

“In a dark time I try my best to find the light!! Im honored to support and work with The Heritage Action that is doing the Save Our Paychecks Tour,” she wrote.

“We’ve got to keep drawing attention to the pain Nancy Pelosi, Joe Biden and Gavin Newsom are inflicting on Americans with these policies that crush small businesses and take money out of our paychecks.”

Kious said she doesn’t plan to start another salon and now rents a chair from Bree Gentry, a Fresno salon owner, according to The Daily Signal.

Gentry said her own survival was uncertain.

“I’m proud to say that you have a space to stand in today because we also survived 2020, 2021, and we weren’t sure we were going to make it. It got a little shaky,” Gentry said.