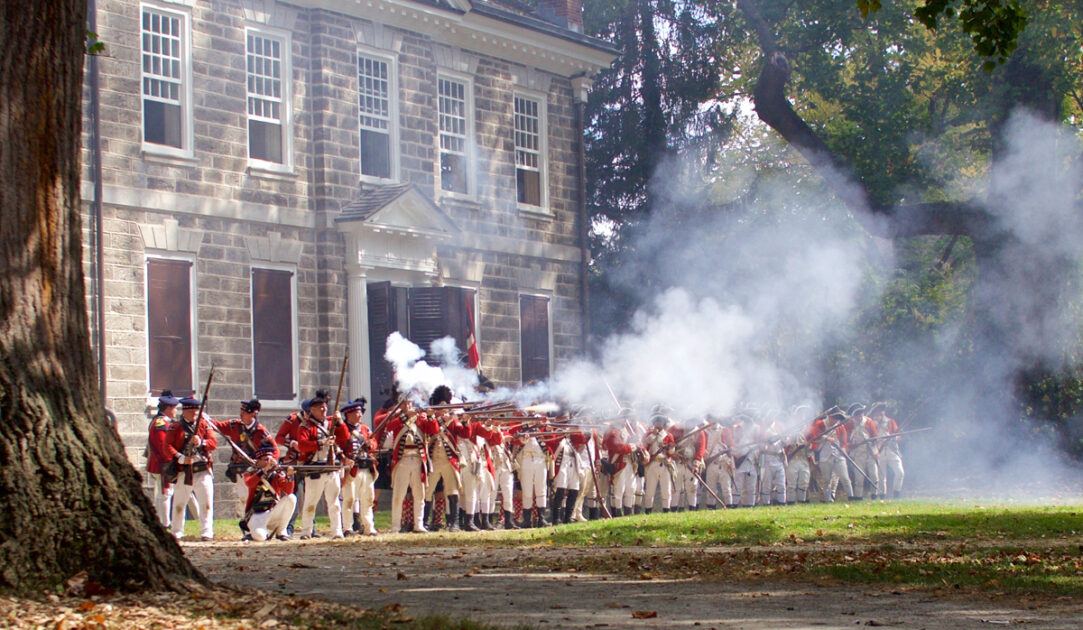 America has no queer founding, of course, but the left has to make everything gay.

The news was released by leftist gay magazine “Out Magazine” which says the Colonial Williamsburg Foundation is “Uncovering America’s Hidden Queer History”to tell the “complete” story of the founding.

Again, America has no “queer history” during the Revolutionary War.

But inventing lies is the left’s calling card.

The initiative was originally intended for the creation of an internal sourcebook that could be used by interpreters seeking to answer visitors’ questions, the Virginia Gazette reported.

But now, with some research under its belt, the foundation claims it is nearly ready to introduce programs and re-enactments aimed at educating the public on the LGBTQ history of the colonies.

It all started in 2019 when Aubrey Moog-Ayers, an apprentice weaver at the museum who identifies as queer, was approached by a gay male couple asking what life was like for queer individuals in colonial America.

In an interview with Atlas Obscura, Moog-Ayers recalled that she didn’t know what to say, but the question ignited a drive within her to search for answers. So she got together with other staff members and urged the foundation to fund research into the city’s queer history. The foundation agreed, and the Colonial Williamsburg Gender and Sexual Diversity Research Committee was born.

The researchers claim that they found a lesbian couple who tried to get a marriage license during the 1700s. It apparently raised quite a ruckus.

There really is no reason to assume this story is a lie. It isn’t as if being gay was just invented.

It was an aberrant incident. There is no extensive LGBTQ history from America’s founding.

But the left is always ready to warp American history to their agenda.