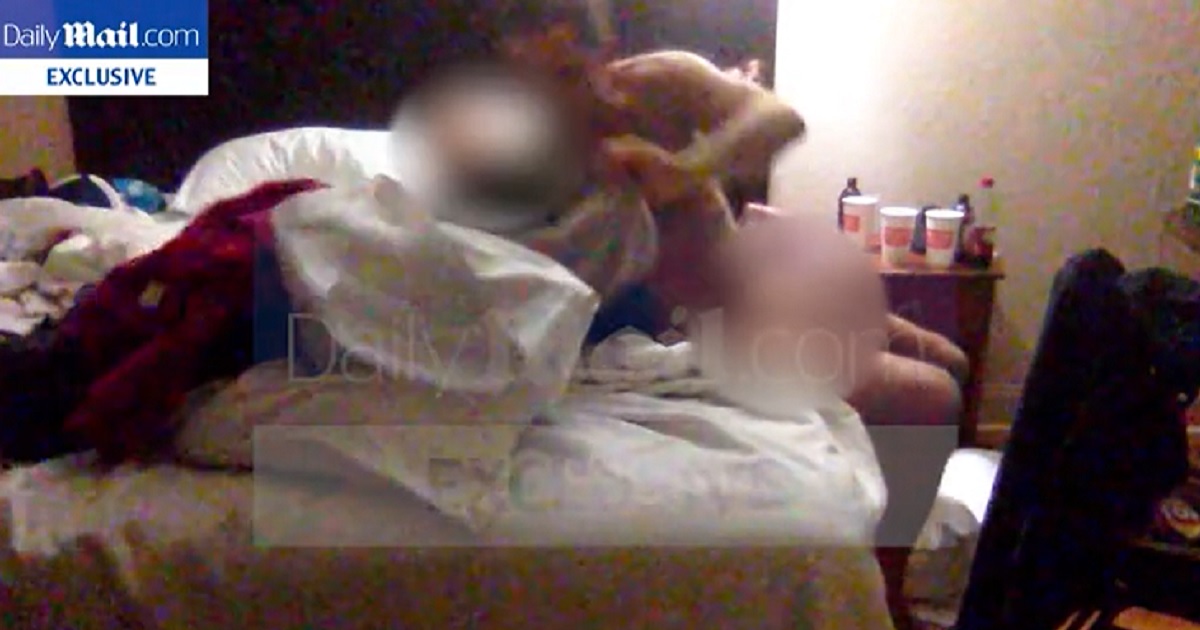 Hunter Biden, in a video published Wednesday, told a naked prostitute with whom he had apparently just had sex that Russian drug dealers had stolen a laptop from him that contained files that could be damaging, a British newspaper reported.

If the story is true, it would make the third time a laptop has meant trouble for the man who is now the son of the president of the United States, which could mean trouble for the rest of the country.

In the video conversation shared by the U.K. Daily Mail, Biden was nude with a woman who was reported to be a hooker. When speaking with the woman, he recounted a strange series of events that involved a drug overdose in Las Vegas and eventually led to the theft of a computer that he said contained video of him engaging in “crazy f***ing sex.”

WARNING: this post contains video and language which some readers will find disturbing.

The video begins, according to the Daily Mail, after Biden recorded himself having sex with the woman in early 2019. Biden told the woman that he had recently engaged in an 18-day marathon of doing drugs and having sex in “penthouse suite to penthouse suite,” which was something he said cost roughly $10,000 per night.

“I spent f***ing crazy amounts of money,” he told the woman.

He then said he’d almost drowned in a hot tub one night while partying with drug dealers.

“I was with these guys. The one guy was … each night he’d be like, ‘there’s going to be so many people here, crazy f***ing party’ and each night it’s nobody,” he complained.

“I went out to the hot tub by myself, which hangs over the edge of the f***ing top floor, with glass, it’s ridiculous,” he told his nude guest. “And so I’m sitting there and that’s the last I remember. And I don’t ever pass out, ever. I wake up and the only people that are there are Miguel, the guy frantically running ’round gathering things up, OK – and Miguel, and Pierce, this guy, his friend,” Biden said.

“They had kicked everybody out. And they had cleaned up the entire place, everything, OK? And they were getting ready to leave, and I woke up. And there was this Russian 35-year-old, really nice, pure brunette. She refused to leave and they wouldn’t call an ambulance,” he said.

He added that his hotel guests “didn’t know” whether he was “dead or not” when they found him. Apparently, after getting his bearings, he noticed his computer was gone, and he theorized a man he was spending time with took it.

“I think he’s the one that stole my computer. I think the three of them, the three guys that were like a little group. The dealer and his two guys, I took them everywhere,” he said. “F***ing everywhere, crazy out of your mind sh**… They have videos of me doing crazy f***ing sex …”

“My computer, I had taken tons of like, just left like that cam on. And he would always put in a passcode and all that, you know what I mean? It was f***ing crazy sh**.,” B Biden told the woman. “And somebody stole it during that period of time. He did all this kind of like pretend search and sh**.”

The woman then inquired if maybe the computer was taken as a way to later blackmail him. Biden agreed that might be a possibility.

“Yeah in some way yeah,” Biden said, according to the Daily Mail. “My dad [is] running for president. He is. I talk about it all the time. If they do, he also knows I make like a gazillion dollars.”

To be clear, the reported laptop Biden is discussing is different from the computer Biden reportedly abandoned in 2019 at a Delaware computer repair shop and is now in the hands of the FBI, though the New York Post and the Daily Mail have copies of its hard drive. The video released Wednesday appears to have come from that hard drive.

The Daily Mail report does not elaborate on why it identified the drug dealers as Russian, though it does note Biden’s laptop contains the image of a Russian passport apparently belonging to a woman who is seen with three men “driving to Hunter’s former Hollywood Hills rented home, drinking and partying by the pool, and two women naked with Hunter by the pool.”

The laptop Biden is discussing is also different from a laptop that was reported by the New York Post last year that was seized by Drug Enforcement Agency agents in February 2020 during a raid on the Massachusetts office of celebrity psychiatrist Dr. Keith Ablow. That laptop was returned to Biden’s lawyer, the Post reported.

So, according to Biden’s own words on the video shared by the Daily Mail, the laptop that was first reported on last fall — and covered up by Big Tech and the mainstream media — might contain files that are mild in comparison to what else could be out there.

Naturally, the entire media apparatus that protects the Bidens isn’t reporting on this video, or on the computer it came from. But there are apparently other computers out there that might contain information that could be used to compromise the president.

That should concern everyone.