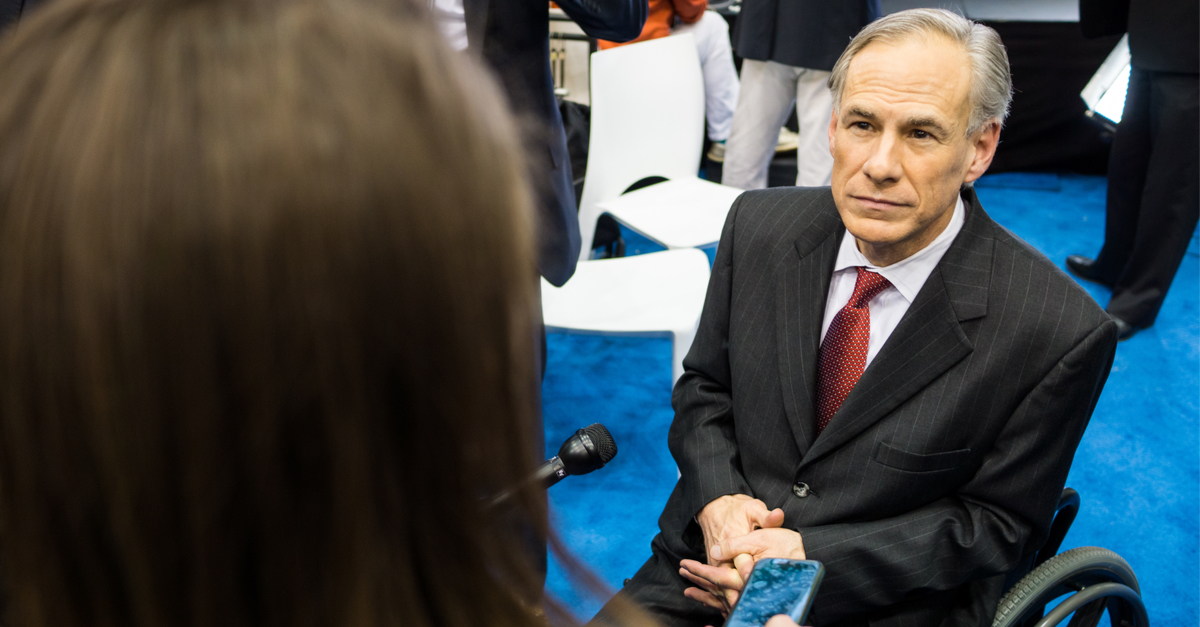 The following article, Governor Abbott’s Mask Rules Gets Struck Down by Local Judge, was first published on Flag And Cross.

In the states of Florida and Texas, we have two governors who’ve decided to pursue expressions of freedom over expressions of fear, despite serious attempts to undermine their credibility that have been spawned on account of it.

Texas Governor Greg Abbott, in particular, has worked to maintain facial freedom for citizens of the Lone Star State.  His contribution was a binding order that made it illegal for any company or institution to establish a mask mandate for their customers or clients.

Now, one local judge has taken exception to that idea, and has pushed back mightily against the Lone Star lawmaker.

Texas Governor Greg Abbott’s statewide ban on mask mandates has hit its second legal setback, as a judge in Dallas County temporarily blocked it from being enforced amid a nationwide rise in new coronavirus cases.

The temporary order by Judge Tonya Parker issued late on Tuesday allows officials in the state’s second-most populous county to require masks indoors, despite Abbott’s July order against such mandates. A hearing on Aug. 24 will determine whether to extend the temporary order.

The language of the decision was stern, to say the least.

The top elected official in Dallas County, Judge Clay Jenkins, who sought the court order issued late Tuesday, said preventative steps such as mask-wearing are needed to combat a spike in new cases of COVID-19.

“Models predict ongoing dramatic increases in cases and hospitalizations over the coming weeks that will exceed the peak earlier this year unless behavior change takes place,” he said Tuesday on Twitter.

In Florida, Governor Ron DeSantis has had similar judicial trouble, with his hopes of banning “vaccine passports” being challenged by the ever-powerful travel industry, and Norwegian Cruise Lines in particular.