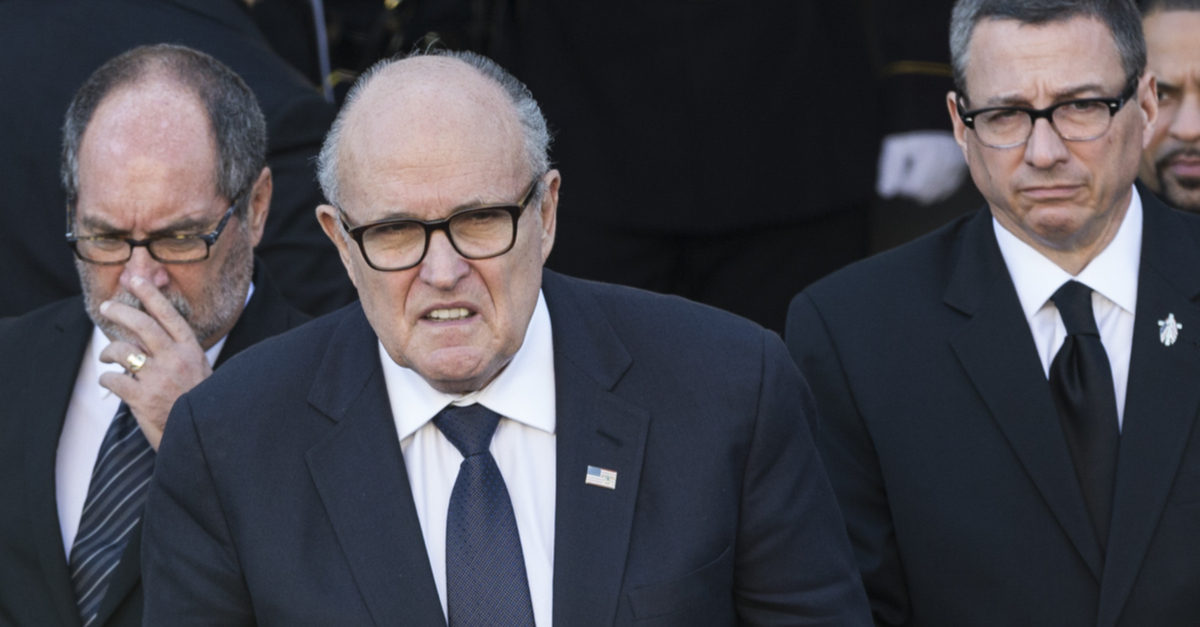 For months on end, a cadre of conservatives worked tirelessly to draw attention and credibility to Donald Trump’s claims that the 2020 election was “rigged” against him, but to no avail.

Lawyers like Rudy Giuliani and Sidney Powell traveled a litigious route, hoping to get in front of judges that would allow them to lay out their case.  None took the bait, however, and soon, Giuliani was facing heavy sanctions against his law career for his work.

On the non-legal side of things, there was MyPillow CEO Mike Lindell, who firmly believed that the alleged “rigging” of the election occurred via Dominion Voting Systems and the resources that they provided to polling precincts around the nation.

That belief was shared by both Powell and Giuliani, and the trio were soon all facing lawsuits from Dominion stating that they were seeking over $1 billion in damages for defamation.

A last-ditch effort to see these lawsuits tossed has now failed.

A federal judge has rejected bids by three top promoters of President Donald Trump’s election fraud claims to throw out defamation lawsuits they face over a slew of allegedly false statements they made about the election-technology firm Dominion.

And there was no denying the judge’s mood on the whole thing.

The three defendants’ arguments found little resonance with Nichols, a Trump appointee who seemed disdainful of their conduct and of suggestions that their statements were within the bounds of freewheeling political debate.

“As an initial matter, there is no blanket immunity for statements that are ‘political’ in nature,” Nichols wrote in his 44-page opinion. “It is true that courts recognize the value in some level of ‘imaginative expression’ or ‘rhetorical hyperbole’ in our public debate. … But it is simply not the law that provably false statements cannot be actionable if made in the context of an election.”

The price tag of the lawsuits appears to represent the approximate value of Dominion Voting Systems as a whole, and belies the company’s belief that, despite none of these allegations having been yet adjudicated, these statements have somehow endangered their very existence.