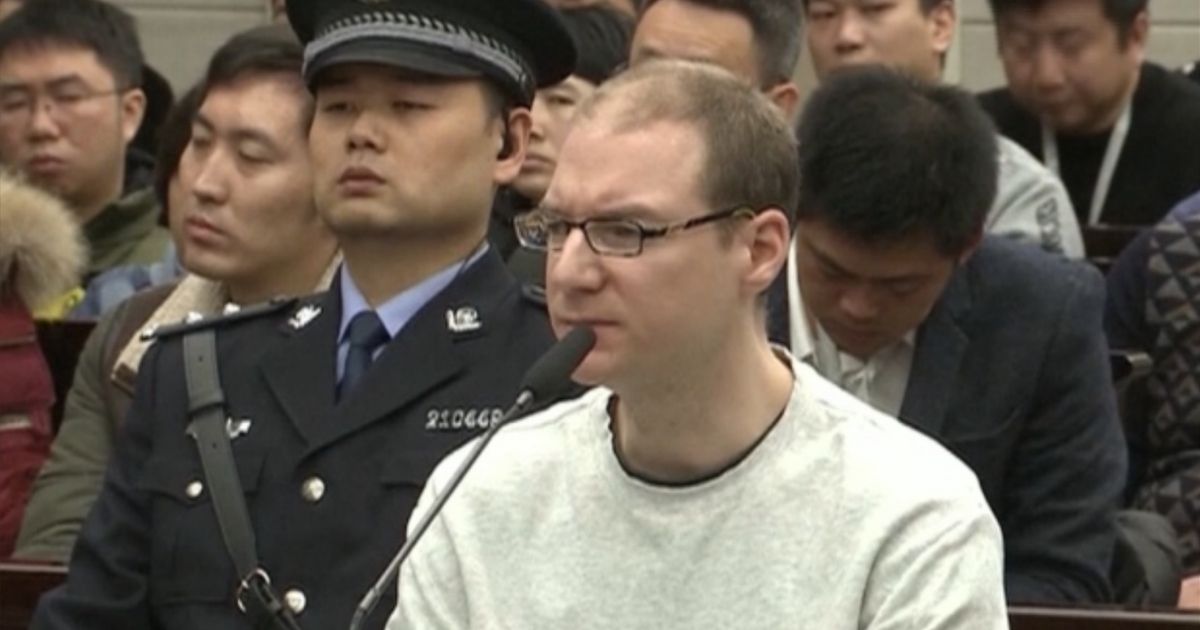 The following article, Cruelty of China on Full Display as Canadian Arrested for Nonviolent Charge Gets Retrial, Court Lands on Death Penalty, was first published on Flag And Cross.

Robert Lloyd Schellenberg finds himself at the epicenter of a diplomatic dispute between China and his home country of Canada in the worst way possible.

Nearly three years after being convicted of smuggling 222 kilograms of methamphetamine from China to Australia, the Liaoning High People’s Court elected to uphold his unreasonable death sentence on Tuesday.

Schellenberg appealed the decision, but the court rejected his request, saying “the facts identified in the first trial were clear, the evidence was true and sufficient, the conviction was accurate, the sentence was appropriate,” according to CNN.

After receiving his initial sentence of 15 years in prison in November 2018, Schellenberg maintained his innocence and made his first appeal — which prompted the high court to order a retrial the following month.

January of 2019 is when he received his death sentence.

Now at the mercy of the Chinese government, Schellenberg has garnered the Western world’s attention, particularly among Canadians.

Prime Minister Justin Trudeau accused China of “arbitrarily” applying the sentence, according to CNN, and labeled the high court’s ruling as one “of extreme concern” in 2019.

The controversial ruling shouldn’t come as much of a surprise considering China’s standard punishments for those caught smuggling or trafficking drugs entail a similar outcome.

“Anyone found with more than 50 grams (1.76 ounces) of a controlled substance can face the death penalty,” CNN reported.

The country’s own citizens face that penalty, so it’s no surprise to see it enforced against foreigners.

Still, Canada’s December 2018 arrest of Huawei Technologies Ltd. executive Meng Michael Kovrig for “lying to the Hong Kong arm of the British bank HSBC about possible dealings with Iran in violation of trade sanctions” undoubtedly played a role in the tensions flaring between the two countries, according to Canada’s National Observer.

The diplomatic pressures mounting between the two nations places Schellenberg at the crux of the most unfortunate development.

China has additionally arrested two other Canadians, entrepreneur Michael Spavor and former diplomat Michael Kovrig, in “apparent retaliation for Meng’s detention,” according to the outlet.

It’s no secret the Chinese Communist Party has an extended history of committing human rights abuses — even against its own people.

From its genocide against Uyghurs (an ethnic minority group of Muslims) to its history of exploiting workers in sweatshops, China maintains its place among the world’s more abusive superpowers.

Uighurs sitting, bound and blindfolded, waiting to be loaded onto train cars and taken — somewhere.

Its theatrical display with this noncitizen invites us to imagine just how badly the nation treats its own people under the clandestine shroud of an authoritarian government.

Even if the allegations against Schellenberg are true and he did commit this drug-related crime, for what reason would a court jump from a 15-year sentence to the death penalty, aside from using the development as an example on the world stage?

Does a drug crime really warrant capital punishment — regardless of the severity?

“We oppose the death penalty in all cases, and condemn the arbitrary nature of Mr. Schellenberg’s sentence,” said Canadian Foreign Minister Marc Garneau, according to Bloomberg.

Garneau reiterated that Canada “strongly condemns China’s decision” and that the country will “continue to seek clemency for Schellenberg.”

At this point, however, Schellenberg and Canadian diplomats face a long road ahead to experience any changes in their favor.

In the face of notorious human rights abusers like the Chinese Communist Party, cruel and unusual punishment is a policy rather than a concept.