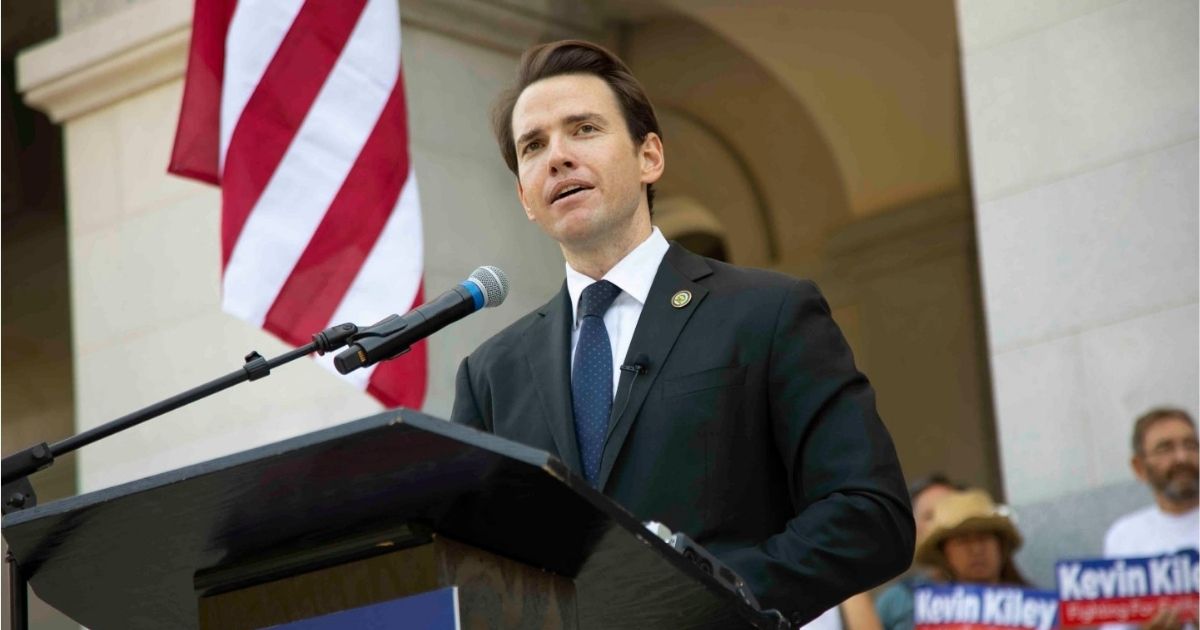 The following article, Young Not Stupid: Meet One of the Leading Contenders to Unseat Gavin Newsom in California, was first published on Flag And Cross.

The following is an installment in a weekly series of commentary articles by Cameron Arcand, founder of the conservative commentary website Young Not Stupid and a contributor to The Western Journal.

Cameron Arcand: You are a former Los Angeles Unified School District teacher. What is your plan to bring education reform to the Golden State?

Kevin Kiley: I’ve been on the Education Committee since I was elected to the Assembly five years ago. I’ve tried to do what I can to introduce bills to reform our education system, to bring more choices to parents and families, to bring greater accountability, but there’s been no interest in anything like that at our state capitol.

Instead what has happened is you continue to see that the state’s most powerful special interests from the teachers unions and the politicians they install limit options for families and continue to drive our education system downhill and to reinforce a business model of keeping kids trapped in failing schools. So what I want to do first of all is embrace school choice and allow parents the ability to take the allocated state funds for their child where they choose.

I’d also want to end Gavin Newsom’s war on charter schools. And more than that, I’d like to see the principles of chartering more broadly expanded to the totality of our public education system. Those principles being that you are freed from the burdensome state education code.

I furthermore want to actually respect and empower our teachers, who have been treated very poorly by the state of California. We need to reform our tenure laws, which are a national outlier, and actually force districts to make a “yes” or “no” lifetime decision on someone after 18 months.

CA: Thousands of people have decided to leave the state to go to Tennessee, Texas, Arizona, Florida, pretty much anywhere else where the policies are less restrictive and promote a lower cost of living. What’s your message to people who are thinking about moving?

If we have a successful outcome, it’s truly going to be a watershed event in the state of California where the people of our state take matters into their own hands and set a new trajectory for the state. People love California. It’s the greatest state in the country. It has more to offer than almost anywhere in the world. It used to be a state where anyone could get ahead, where the whole, full realization of the American dream was fully realized.

But now it’s the state that many people can’t wait to leave behind. It’s not because suddenly our climate is bad or the state is not beautiful anymore. It’s rather that our political system has failed us. Our government is broken, and the recall is a chance to fix our politics.

CA: How would your governorship help people in rural communities, particularly on the issue of water access?

KK: Water is the central issue, and it’s an example of how our state government has just so fundamentally failed the people of our state and farmers in particular. The state water board just imposed new restrictions, actually unprecedented restrictions on farmers from pumping water from the Delta just a few days ago, and the governor’s own agriculture secretary blamed Mother Nature and climate change for this. That is completely false.

What is to blame is the political choices that we have made. We know full well the cycles of wetness and dryness that are endemic to California’s climate. This is nothing new, but the problem is that we’ve stopped building the infrastructure to actually be able to ride out those cycles and have a sustainable supply of water. Not since the 1960s, when we built the state water project, have we expanded storage or the other capacity in any meaningful way despite directives from the voters to do so.

One of the things that I’m proposing is an Assembly constitutional amendment that that will allocate a fixed portion of the general fund budget every single year to water storage projects, to storage, to reservoirs, to conveyances, to potable reuse and desalination where it’s appropriate. It will also make sure that that money is actually spent for its intended purposes by state agencies, that there’s protection against litigation and liability to assure that the usual practice of the state and environmental lobby sabotaging these projects doesn’t happen here.

CA: My last question for you is that Newsom has slammed this as a partisan recall despite recent poll numbers showing that that’s not necessarily the case. What is your message to draw in Democratic voters to make sure that you’re the top vote-getting candidate on Sept. 14?

KK: I’d say take a chance on change. People know that the quality of life has been declining for a long time in California. And they’ve seen that most dramatically over the last 16 months as California has suffered through the worst coronavirus response in the country — the longest school closures, the longest business closures and also some of the worst public health outcomes. So I would say this is an opportunity to take a chance on change.

You’re not signing on to someone for four years, you’re signing on for one year. And so you can see if things improve and if they don’t improve, you have a chance to return to the way things are next year. But I think that if they do recall this governor, and if I replace him, you’ll see immediate improvements in the quality of life in California as we get our government just back to basic — pave our roads, store our water, manage our forests, maintain our grid, fund our police, do the things government is supposed to do, do them well and do nothing else.

Please note that this interview has been lightly edited for grammar, length and clarity.

Continue reading: Young Not Stupid: Meet One of the Leading Contenders to Unseat Gavin Newsom in California ...