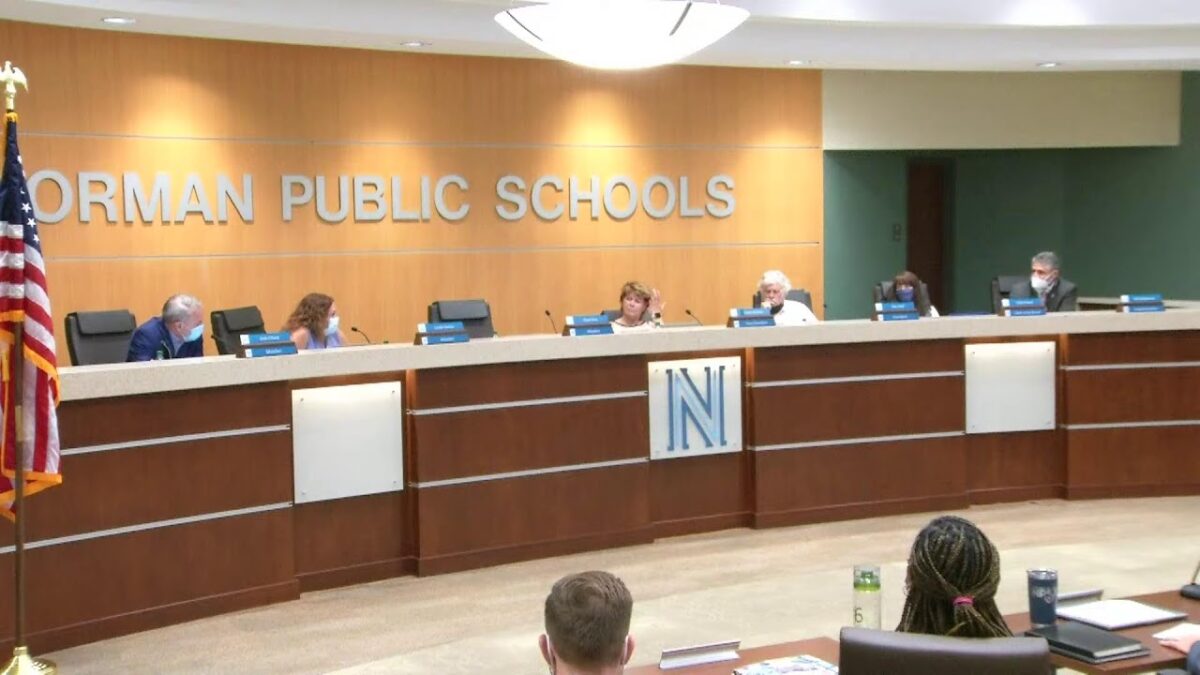 The following article, Radical School Board Member Says Kids Who Don't Wear Masks to School Are Murderers, was first published on Flag And Cross.

The rhetoric surrounding COVID-19 is reaching a fever pitch just as schoolchildren are about to head back into the classroom — but what was said at an Oklahoma school board meeting might be the most hysterical claim yet.

Amid all of the national handwringing about sending children — who have largely gone unscathed by the virus — back into classrooms at all, one school board member said unmasked kids would “commit murder” by unknowingly spreading the bug at school.

That claim was made at a Norman Public Schools board meeting Monday as it was wrapping up with a report on how the district was preparing its school sites for the return to the classroom and how it was accommodating families through online, blended or in-person learning.

Despite this commonsense approach that leaves families with several options, board member Linda Sexton could only focus on the lack of mask mandates and other measures under Republican Oklahoma Gov. Kevin Stitt.

Sexton said she was “very, very angry” because kids were not going to be required to mask up for a virus that is now “five times more contagious than the one we masked everybody for last year.” (Could it be that having kids breathe their own exhalations all day was never a good idea?)

She railed against Stitt, a Republican who has reportedly refused to issue more emergency COVID-19 measures, noting “and that’s not how I like to pronounce his name, by the way.”

The board member took issue with the thought of a medically fragile child being the one to choose the online option, though practically speaking, that would be the most prudent choice in any situation anyway.

“I think if anybody’s going to flee to virtual school it needs to be the maskless,” she claimed.

Sexton was incensed that children could come to school and spread a potentially fatal disease with impunity, ignoring the fact countless children have done just that as thousands of their classmates and siblings die each year from influenza acquired at school, according to the Centers for Disease Control and Prevention.

“It’s just not OK for kids to commit murder by coming to school without a mask,” she claimed.

“And when it comes down to it, it’s possible. They will cause a death of another child because they come to school without a mask. That’s not OK,” Sexton said.

While this is one official making these off-the-cuff remarks, it’s part of a great gathering storm against the unvaccinated, unmasked or otherwise free people in the nation.

The coronavirus has proved fatal for too many, but as of now has yet to seriously impact the young children Sexton and others are so eager to mask.

The students whose personal or family medical conditions require a more careful approach to COVID-19 exposure have options besides in-person learning, and the rest who choose to send their children are doing so with the implicit agreement to take the risk that it brings.

This should be enough to quell any rational fears and let life go on for these kids who need normalcy — but of course, none of this is rational at all.

Sexton’s murder claim is ridiculous on its face, but it’s indicative of the growing vitriol being hurled at people who, knowing the risks, want to give their children and their families the freedom to just be normal, social humans.

But it’s apparent the longer this goes on that these fears, mandates and mitigations are more about the ritual of the masks and less about science or safety.

There is a growing cohort of bureaucrats from dog catchers on up who relish the opportunity to virtue signal for the children while repeatedly making decisions that are the antithesis to normal childhood existence and development.

Mask or don’t mask, vaccinate or don’t vaccinate, it shouldn’t matter — people need to be free to make their own decisions without mandates being handed down from on high and certainly shouldn’t be accused of murder.

Maybe what these children really need are more opportunities to just be kids and fewer people in their lives who will blame them for another’s death.

She needs to be removed from the school board permanently for her total lack of reason and common sense.

How did this moron get elected to a school board?