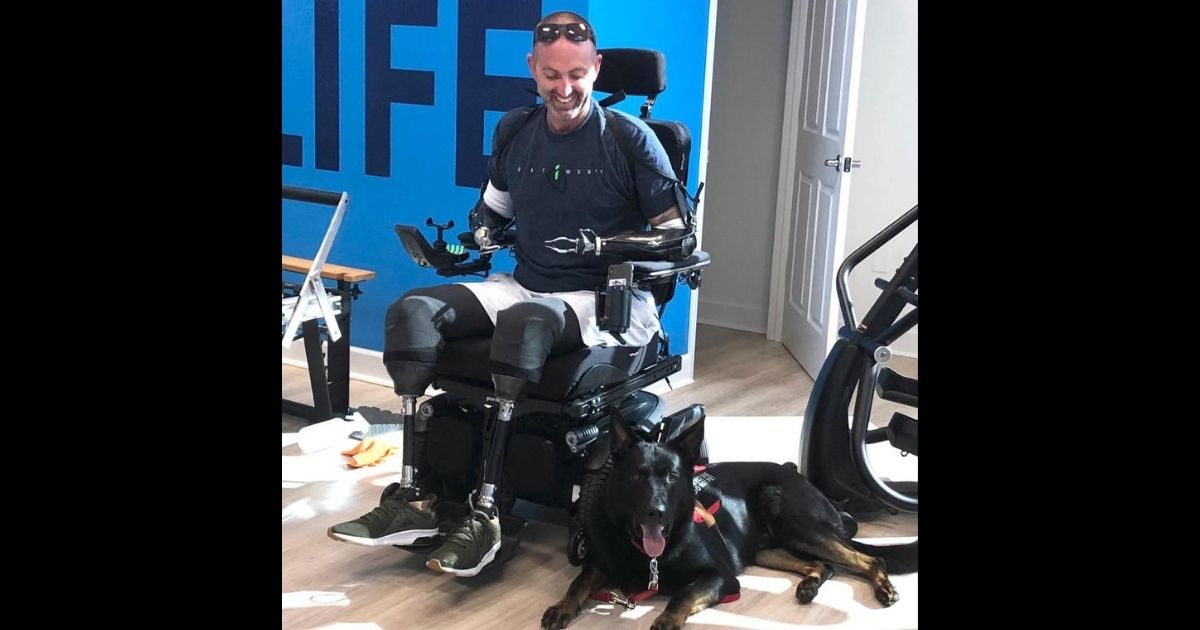 The following article, Florida Man with No Arms or Legs Set to Compete in 2-Mile Run: 'Say I Won't', was first published on Flag And Cross.

Gary Miracle of Rockledge, Florida, is getting ready to run a 2-mile race in August, and it’s a really big deal for him as well as his friends and family.

It’s not his first race, and if he has any say in the matter it probably won’t be his last, but it is something of a feat, seeing that he’s missing both arms and legs.

Miracle’s life always had a strong sports component to it. He ran relay in high school and later coached youth soccer and football, but in late 2019 he faced a new challenge that nearly claimed his life.

“Super long story short, I got really sick on New Year’s Day, fell into septic shock and coded,” he told USA Today. “A cardiovascular surgeon happened to be doing her rounds and saw what was happening. She was in my room immediately.”

Thankfully she noted his condition and put him on an extracorporeal membrane oxygenation (ECMO) machine which kept him alive, but at the cost of his limbs. Miracle was in the hospital for 117 days and went through the amputations — but he had people on his side, praying for him and making donations through his GoFundMe.

One of his most prominent supporters was the band MercyMe, as he’d worked with them back in the day as a crewmember. They kept him in their prayers and social media posts, and he was even featured in their 2020 song “Say I Won’t.”

Despite the hardships he’s suffered, Miracle doesn’t want people’s pity. He’s able to see the blessings in his situation, though most people would be blinded by loss.

“At the end of the day, we all have our struggles,” he said. “Mine are just more visible.”

“From the moment I came home, my wife and I have prayed for purpose. I could have lost my (hands and feet), but I could have lost everything. Now I get emails from people across the world, people who want to tell their stories, and the most humbling part is that God has kept me in this position, a position in which I am able to speak and listen.”

“Everyone has my permission to stare and ask questions. If I can show 7- or 8-year-old kids another side of life, to show them that they can overcome all obstacles, I’m happy. You know that scene in ‘Rocky’ where he runs to the top of the steps and raises his arms? I want each of my kids to have that Rocky moment.”

Miracle has made many strides in his recovery, one of the biggest of which was getting fitted for prosthetics and running his first mile in June. He’s doing his best to train for the 2-miler in August, and has a group that has promised to run with him.

Miracle has been ordering and selling shirts emblazoned with #SAYIWONT and hopes that there will be a good turnout at the race. He’s keeping his sense of humor while recognizing there’s a lot of work ahead.

“Yeah, you don’t usually see guys without arms and legs (in footraces),” he said.

“I said I will be ready for my first race. I will.”

Continue reading: Florida Man with No Arms or Legs Set to Compete in 2-Mile Run: 'Say I Won't' ...