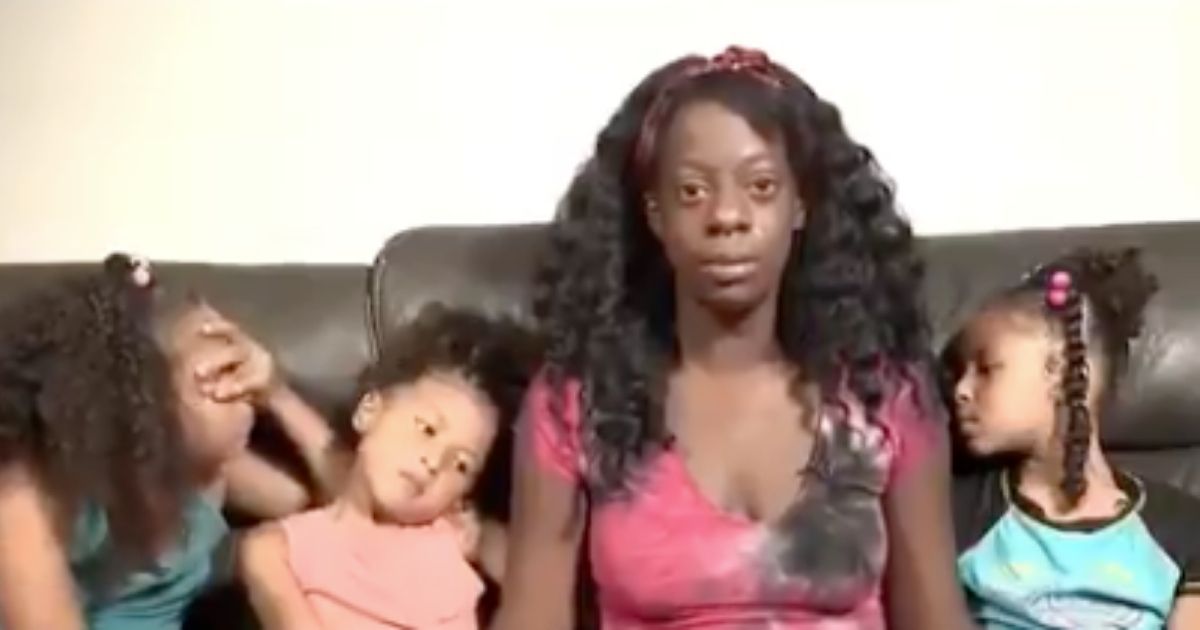 The following article, Fake Mom Rakes In $200K After CNN Runs Fake News That Tricked People Into Helping Her, was first published on Flag And Cross.

A woman who raked in almost $200,000 in donations after an appearance on CNN falsely claimed she was the mother of three young children who faced homelessness.

Dasha Kelly of Las Vegas was featured in an Aug. 2 CNN news report about the end of the federal eviction moratorium, CNN reported. She had started a GoFundMe page to raise the $2,000 she owed in back rent and said on the page that she had three young daughters.

Kelly’s GoFundMe campaign quickly raised nearly $200,000 after her appearance on CNN with Democratic Rep. Cori Bush of Missouri and the girls who Kelly claimed were her daughters.

Dasha Kelly lost her job as a Las Vegas casino dealer, and she and her three daughters were facing eviction yesterday. But thanks to @CoriBush pressuring Pres. Biden to extend an eviction moratorium, and a CNN appearance, she has a home and nearly $200,000 in a GoFundMe campaign. pic.twitter.com/pBFOoiMwWK

When I say your Congresswoman loves you, this is what I mean.

Kelly, I may not be your representative, but I love you and I will not stop working to make sure you and every person in our country has what they need to thrive. pic.twitter.com/qoDjn0xGnk

The eviction moratorium was later extended by the Centers for Disease Control and Prevention.

It was then discovered that Kelly is not the mother of the three children.

Their father, David Allison, is Kelly’s boyfriend, according to CNN.

“After CNN aired a story about her potential eviction, Dasha Kelly clarified to CNN that she is not the mother of the three children featured in the story,” a CNN update reads.

“CNN has verified she takes care of the children in her home for periods of time. She says she originally described herself to CNN as a mother because she considers herself to be like one to them.

“CNN has learned the children are also cared for by their mother, Shadia Hilo, and their father, David Allison, who is Kelly’s boyfriend.”

The Las Vegas Review-Journal reported that GoFundMe required Kelly’s fundraiser to be updated “to provide more information to donors.”

“In addition, GoFundMe has proactively notified all donors with directions on how to request a full refund,” GoFundMe said in a statement. “After [Aug. 23], GoFundMe will release the funds, minus any refunds.”

Kelly did update her GoFundMe page, clarifying that she is not the girls’ mother.

“The girls recognize me as a mother figure in their lives, but I am not their biological mother,” Kelly wrote.

“My partner is the children’s father whom I do not live with, and I take care of these girls in my home for periods of time, and have for the last couple years. I’ve loved these girls unconditionally, and have been out of the kindness of my heart. I treat them as my daughters, and care for them in this way.”

“This detail doesn’t change my original need for donations to avoid eviction, and I will be using the funds to get back on my feet and support my family. … I will also be putting money aside for the girls in a savings account.”