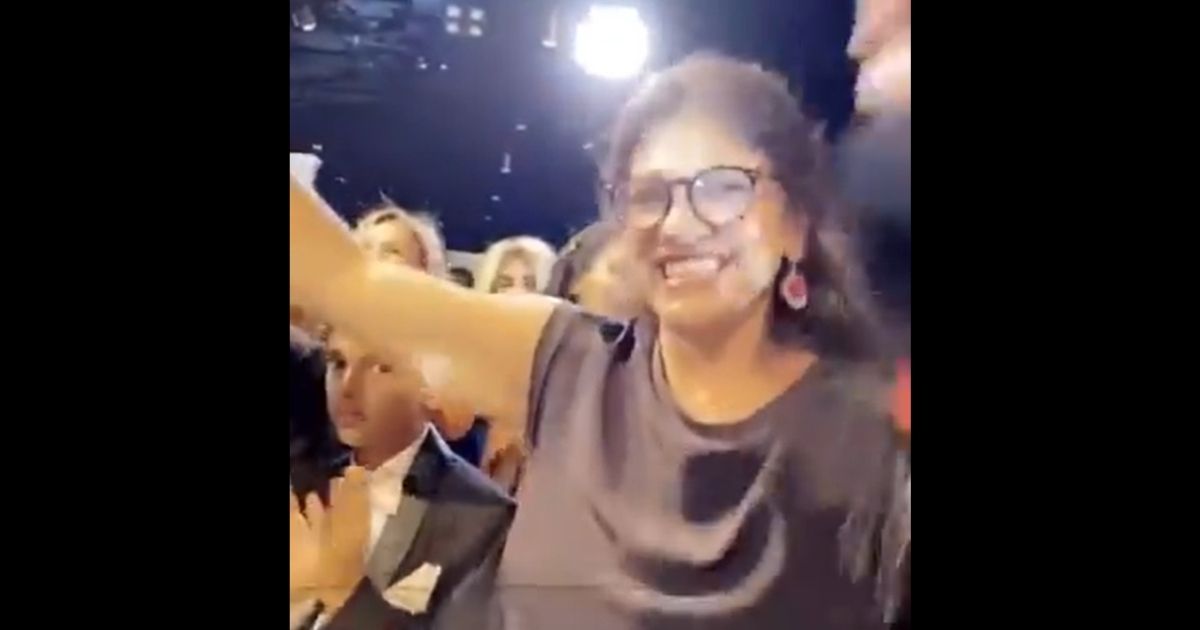 The “rules for thee but not for me” elitists have struck again — this time in the form of Michigan Rep. Rashida Tlaib.

According to Fox News, the Democrat was spotted posing for pictures and dancing next to a large crowd at a wedding in the city of Dearborn in Wayne County on Sunday.

As it happens, the county is listed as an “orange zone” by the Centers for Disease Control and Prevention, indicating a “substantial” level of community transmission of COVID-19.

What’s even more damning is that Tlaib — a member of the so-called squad of left-wing lawmakers — did it all without wearing a mask.

Democrat Rep. Rashida Tlaib partied last night with 100+ maskless people. Dems want your kids stuck in masks at school ALL DAY while they party maskless with their friends. Do not comply! Don’t give 1 more inch. In 2022 we WILL defeat the tyrants! Chip in: https://t.co/FGvUL6PziQ pic.twitter.com/6lg71dtv2f

An Instagram Story posted by Bassam Saleh, a wedding band from Dearborn, captured the incident and confirmed the venue’s location in this “orange” zone — to Tlaib’s dismay.

The CDC recommends that all persons, regardless of vaccination status, wear masks indoors in counties that fall within the two most substantially spreading groups, according to NPR.

“The KY Senator is throwing a tantrum as his state is being swallowed whole by this virus, again. People are getting sick and dying. 98 counties in Kentucky have a high incidence rate of COVID-19. He needs to put politics aside, and put people first. Start resisting the virus,” Tlaib wrote.

The KY Senator is throwing a tantrum as his state is being swallowed whole by this virus, again.

People are getting sick and dying.

98 counties in Kentucky have a high incidence rate of COVID-19.

He needs to put politics aside, and put people first. Start resisting the virus. https://t.co/ZgfqVxN4KL pic.twitter.com/XmLIFvvR23

Are people not “getting sick and dying” in Michigan anymore? Is Tlaib “putting people first”?

Since she values the CDC’s guidelines so much, perhaps she should have remained mindful of them on her own time so she could “start resisting the virus” as well.

Then again, maybe she decided to take Paul’s advice for once.

Of course, Tlaib isn’t the only COVID hypocrite we’ve witnessed from the left lately.

Just look at former President Barack Obama’s 60th birthday bash that took place over the weekend in Martha’s Vineyard with hundreds of guests in spite of the delta variant scare.

And then look at Washington Mayor Muriel Bowser, who officiated a wedding after implementing several mandates. Photos surfaced showing her maskless at the event.

We can go even further. Who could forget when House Speaker Nancy Pelosi walked maskless into a San Francisco hair salon in September?

And then there’s Texas state Rep. Donna Howard, who fled the state to protest an “oppressive” voting bill and would later propose bolstered mask guidelines — after she was seen flying maskless herself.

It’s not too extreme to ask what America’s lab coat-wearing talking head — White House chief medical adviser Dr. Anthony Fauci — thinks about all of this.

Is he going to admonish these Democratic elitists as he would any of their constituents?

Don’t hold your breath waiting for that to happen.