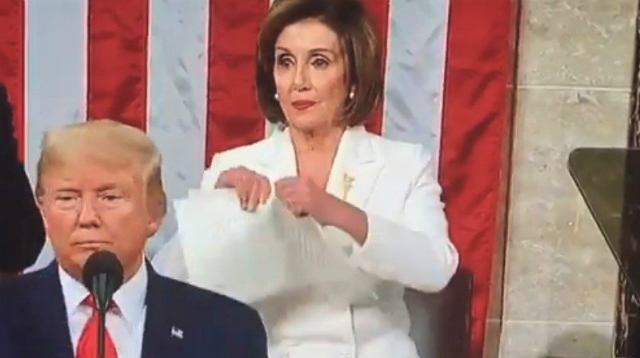 The following article, REPORT: Pelosi Set to Announce a Step-Down from Speakership, was first published on Flag And Cross.

While there are certainly no shortage of strange claims being made in the nation’s capital recently, the latest from the House of Representatives could make for monumental news.

After years of reigning over the Democratic Party, (and being a general nuisance to the GOP while she’s at it), there is a possibility that Nancy Pelosi is planning to step down from her role as Speaker of the House.

The Atlantic magazine on Tuesday published an article suggesting House Speaker Nancy Pelosi (D-CA) would resign from her leadership role “in the not-so distant future.”

“Her top deputies… aspire to her job, but they’re also in their early 80s, and most Democrats in and out of Congress are counting on them to step aside too. Of course, they all have stock responses denying that anyone is ever going anywhere,” the article continued. “But the day is coming.”

“Democratic members of Congress won’t talk about any of this publicly, as if Pelosi might suddenly appear and pull their hearts from their chests,” Atlantic added before offering their elevator pitch for the next House speaker. “Pretty much every Democrat in Congress and beyond is confident that Representative Hakeem Jeffries of New York will be the next speaker of the House, if Democrats manage to hold on to their majority next year.”

Of course, this is far from the first time that Pelosi’s resignation has been predicted, with a variety of publications having suggested such at various times throughout the Trump presidency, which was an infuriating time for the consistently-outwitted House Speaker.