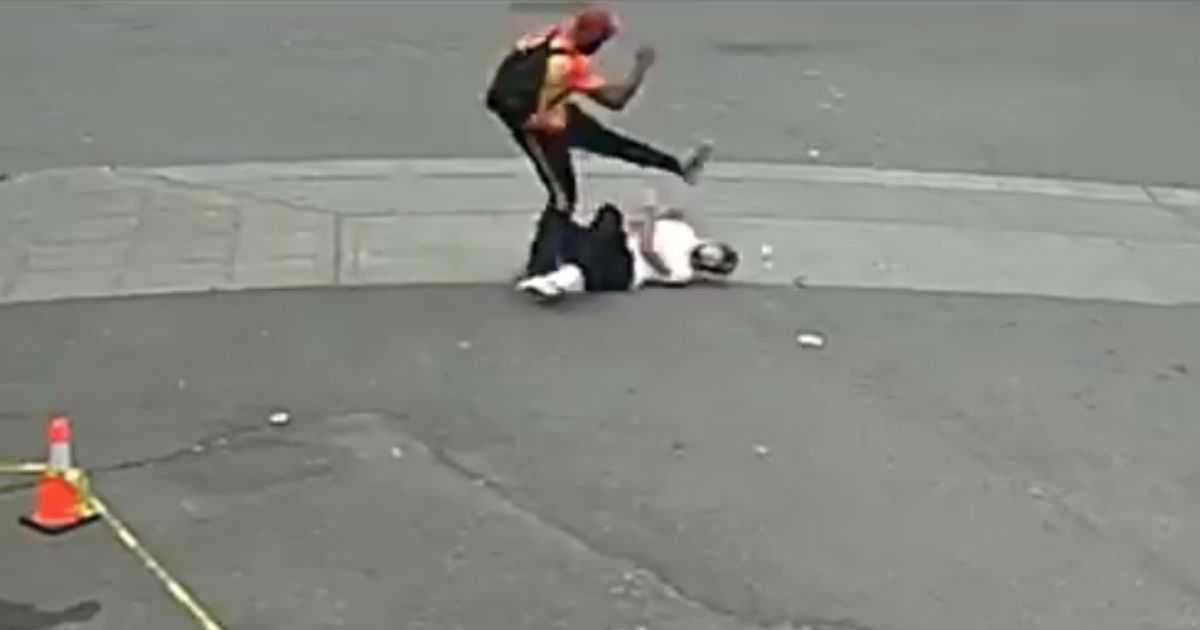 Seattle’s rising crime problem has claimed yet another victim.

Surveillance footage posted to Twitter showed the brutal beating of a young man on July 31.

Jason Rantz, a Seattle-based radio host, shared the video along with some information regarding the victim.

According to Rantz, the victim is a 22-year-old freelance photographer who goes by the name Caliber Visuals online.

In the video, the attack began with the soon-to-be assailant approaching Caliber and then offering out his hand for a handshake.

When Caliber obliged his request, the attacker then refused to let go, proceeding to throw Caliber to the ground before kicking at and stomping on the photographer’s head.

Once Caliber appears unconscious, the assailant can be seen searching his pockets and stealing various items.

Among the stolen items were an iPhone 12, roughly $900 in cash, a wallet and driver’s license and various debit cards, Caliber told Rantz.

“Four days later I’m trying to stay positive with the fact I’m still here and able to move forward in life but I still find myself spitting up blood and severe headaches,” Caliber posted on social media.

It isn’t too surprising to see such an attack, given the city’s rising crime problem.

The Seattle government’s crime statistics show that crime as a whole has increased from 2019 to 2020. However, the city’s numbers also show a drop in the prevalence of robberies and aggravated assaults from 2019 to 2020.

This could be a reporting error. After all, the drastic drop in police presence could have resulted in fewer crimes being responded to. U.S. News reported that more Seattle police officers resigned in 2020 than in any year since 2012.

Similarly, the number of prostitution cases between 2o19 and 2020 also plummeted even though there is no indication the police force chose to crack down on such crimes. Therefore, many of these supposed decreases could be due to a lack of police response.

There is a preponderance of anecdotal evidence coming out of Seattle, all suggesting that violent crime is, indeed, a growing problem.

Seattle Times columnist Danny Westneat attributes the city’s deteriorating crime problem to Seattle’s decision to slash police funding, writing in a July 28 article that the council “left Seattle in a no man’s land on crime.”

In the 2021 budget, the Seattle city council chose to cut the city’s funding to the police department by 18 percent despite those rising crime rates.

When it comes to solving the problem of rising crime rates, those same city officials opted for a popular left-wing solution — using social workers in place of police officers. This included having social workers respond to some 911 crisis calls.

However, shortly before the 2021 budget meeting took place, a social worker was stabbed to death by one 58-year-old violent offender.

Perhaps this was a sign of things to come.

Good God..this is what you get with Demoncrats in charge: Emboldened criminals committing vicious crimes in broad daylight with little concern of consequences. You Libfucs proud of your progressive policies?