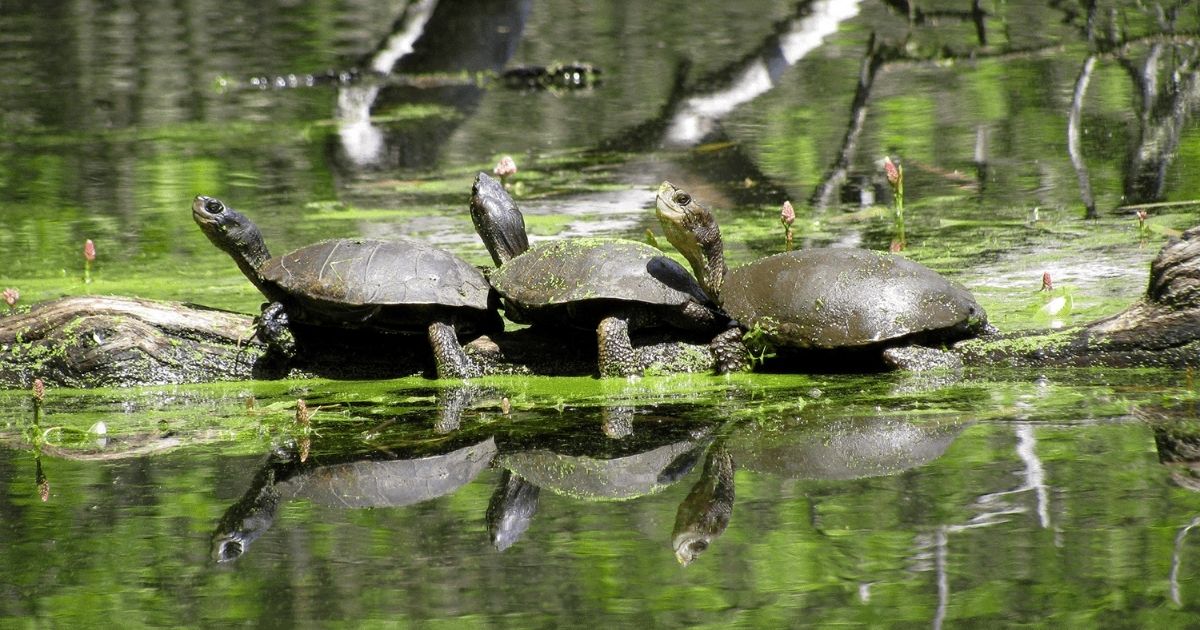 The following article, Defense Department Plans to Spend at Least $850,000 Studying Pond Turtles, was first published on Flag And Cross.

As Americans struggle to pay their bills amid crushing inflation and a costly border crisis, the Department of Defense is spending billions of taxpayer dollars on frivolous “research” projects to advance the Democrats’ radical climate agenda.

The latest boondoggle involves wasting $851,000 to tag and monitor pond turtles at Edwards Air Force Base in Kern County, California.

The award ceiling on the project is $25 million, according to the DOD’s grant notice.

“The objectives of the work to be performed under this task order are to conduct natural resource tasks on the federal lands belonging to Edwards Air Force Base,” said the notice, which was posted July 24. “The primary objective of this project is to collect and monitor the western pond turtle.”

In a detailed statement about the project, Edwards Air Force Base underscored that its “military mission activities are conducted in compliance with all applicable environmental laws, regulations and policies.”

In other words, the Defense Department — whose primary objective is to ensure national security — has been roped into doing menial tasks to advance President Joe Biden’s environmental and climate change platform.

To this end, the DOD is soliciting grant proposals from researchers to do the following:

“Little is known about western pond turtle movement within Shuttle Pond and use of the surrounding desert upland area,” the base said in its statement.

It’s unclear how pond turtles enhance national security, but studying them is a priority for Biden’s DOD.

Keep in mind that none of this research will make Americans any safer or help them pay their bills, reduce crime, strengthen the economy, fix our dilapidated infrastructure or clean up the squalid streets of Democrat-run cities.

Moreover, this latest example of wasteful government spending is another sad illustration of how Biden has politicized and weaponized federal agencies such as the DOD, the CIA and the Department of Justice to do his partisan bidding.

Keep in mind that Democrats and their media puppets spent the past four years accusing then-President Donald Trump of politicizing government agencies that are supposed to be nonpartisan. Now that Biden has overtly politicized these agencies, the left’s silence is deafening.

However, one lawmaker who will undoubtedly call out the DOD’s frivolous spending is Republican Sen. Rand Paul of Kentucky, who publishes an annual list of government waste.

In May, Paul urged Congress to stop wasting billions of taxpayer dollars on pointless “research” that does nothing to help Americans.

Some of the wasteful spending in 2020 included pseudoscientific “research” projects such as studying “Cocaine and Risky Sex Habits of Quail” and walking lizards on treadmills.

Another involved spending $450,000 to create a “climate-change video game.”

“This game’s intention? To spread alarmism and irrational fear among school children in a fun and interesting way,” Paul tweeted.

These are actual studies that the National Institutes of Health, the National Science Foundation and other federal agencies wasted money on.

Nearly half a million dollars to create a climate change video game.
This game’s intention? To spread alarmism and irrational fear among school children in a fun and interesting way. pic.twitter.com/e7QqSvOEkc

Paul said most Americans would be furious if they knew their government was wasting billions every year on nonsensical programs that do nothing to improve their lives or help the country.

However, the wasteful spending escalates every year because most people don’t read the bills to learn for themselves how the government is misusing their money.

One of the most shocking taxpayer-funded projects involves the hefty grants that White House medical adviser Dr. Anthony Fauci gave to the Wuhan Institute of Virology in China, which then used the money to perform “gain-of-function” research into bat coronaviruses, according to Paul.

While Fauci has denied he funded the research, Paul said the career government bureaucrat is lying because there’s a paper trail showing that his agency bankrolled this dangerous research.

Paul claims to have proof that Fauci was involved in some incredibly suspicious funding. https://t.co/gzsgKGW1zO

Fauci has been the director of the National Institute of Allergy and Infectious Diseases since 1984.

“In 2017, Dr. Shi [Zhengli] acknowledged in her research papers that Dr. Fauci and NIH did in fact give her grants for gain-of-function research,” Paul wrote last week in a scathing National Review piece.

“Dr. Fauci is obfuscating the truth and trying to cover up for the fact that he lied and got caught. I won’t let him get away with this and will continue to shine a light on this issue.”

What all this underscores is that Americans must pay more attention to the billions of dollars their government is squandering.

With Biden asleep at the wheel amid a harrowing border catastrophe, festering race wars and mounting inflation, the United States no longer can afford to throw money out the window.