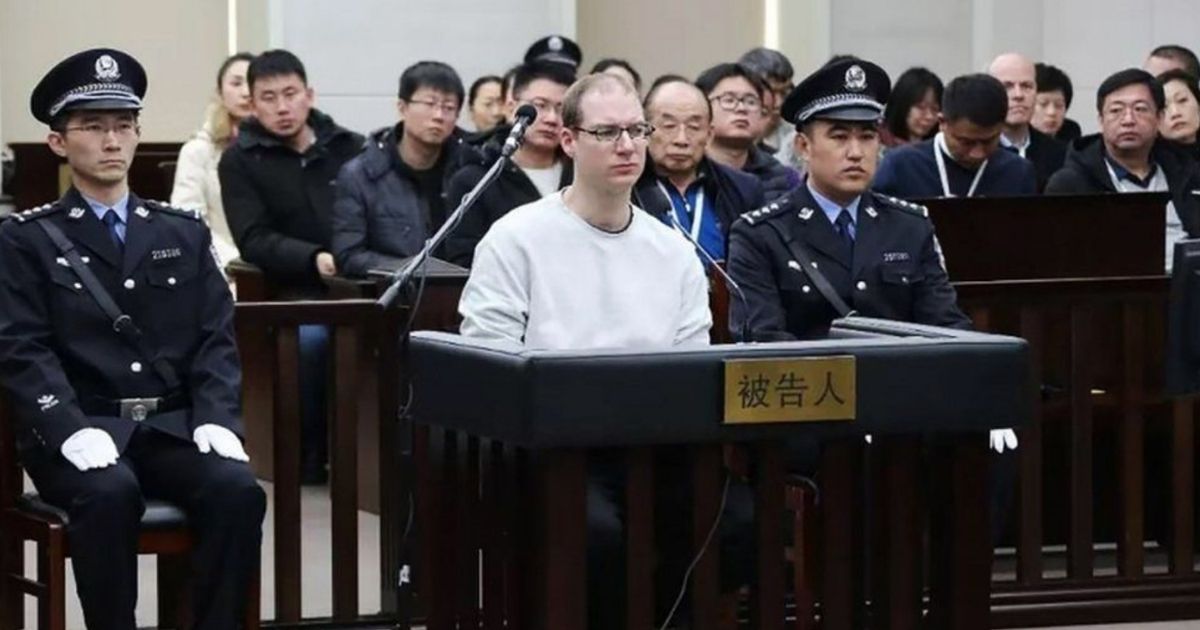 A Chinese court decided to uphold the death sentence of a Canadian national who was convicted of drug smuggling in 2018.

The Liaoning High People’s Court said it rejected Robert Lloyd Schellenberg’s appeal because “the facts identified in the first trial were clear, the evidence was true and sufficient, the conviction was accurate, the sentence was appropriate,” according to CNN.

Schellenberg was first tried in March 2016 and was convicted of drug smuggling in November 2018.

According to the court, Schellenberg was sent to Dalian, China, by drug traffickers in November 2014 to smuggle over 222 kilograms of methamphetamine from China to Australia.

The prosecution said that Schellenberg worked with an accomplice and tried to repackage the drugs before shipping them out of the port city.

His accomplice turned himself in and Schellenberg was later arrested when he tried to flee to Thailand, according to the court.

China upholds the death penalty for Canadian Robert Lloyd Schellenberg. The sentence had been increased from 15 years after Canada arrested Huawei CFO Meng Wanzhou for extradition to the United States. https://t.co/2iV5aD865m] pic.twitter.com/iG1hYWMYq5

Schellenberg maintains his innocence and appealed the verdict after he received a sentence of 15 years in prison.

A high court ordered a retrial in December 2018 after the prosecution said they uncovered new evidence and Schellenberg was handed the death sentence a month later.

Canadian Prime Minister Justin Trudeau criticized the ruling in 2019 and said the situation was “of extreme concern.”

“We oppose the death penalty in all cases, and condemn the arbitrary nature of Mr. Schellenberg’s sentence,” Canadian Foreign Minister Marc Garneau said, according to Bloomberg.

He added that Canada “strongly condemns China’s decision” and will continue to pursue clemency for Schellenberg.

The Chinese court’s decision must still be reviewed by the Supreme People’s Court before action is taken.

China severely punishes anyone who is caught smuggling or trafficking over 50 grams of a controlled substance, with many facing the death penalty, CNN reported.

Guy Saint-Jacques, a former Canadian ambassador to China, told CNN he believes China is making an example of Schellenberg.

China has denied any allegations of “hostage diplomacy” with links between the two cases.

Even visiting China–except, perhaps, as part of guided tour of silver-haired Americans and/or Canadians–is not without risk.

Jeez, dude, you took a tremendously precarious risk smuggling drugs in a dangerous country…and you got caught. Now you pay the price for your reckless behavior.

Imagine being found guilty and sentenced to death for drug smuggling by “The High People’s Court”.

A canadian smuggling drugs through China is a special kind of stupid IMO. But knowing how China is, it’s not out of the question that he’s actually innocent of the charges?